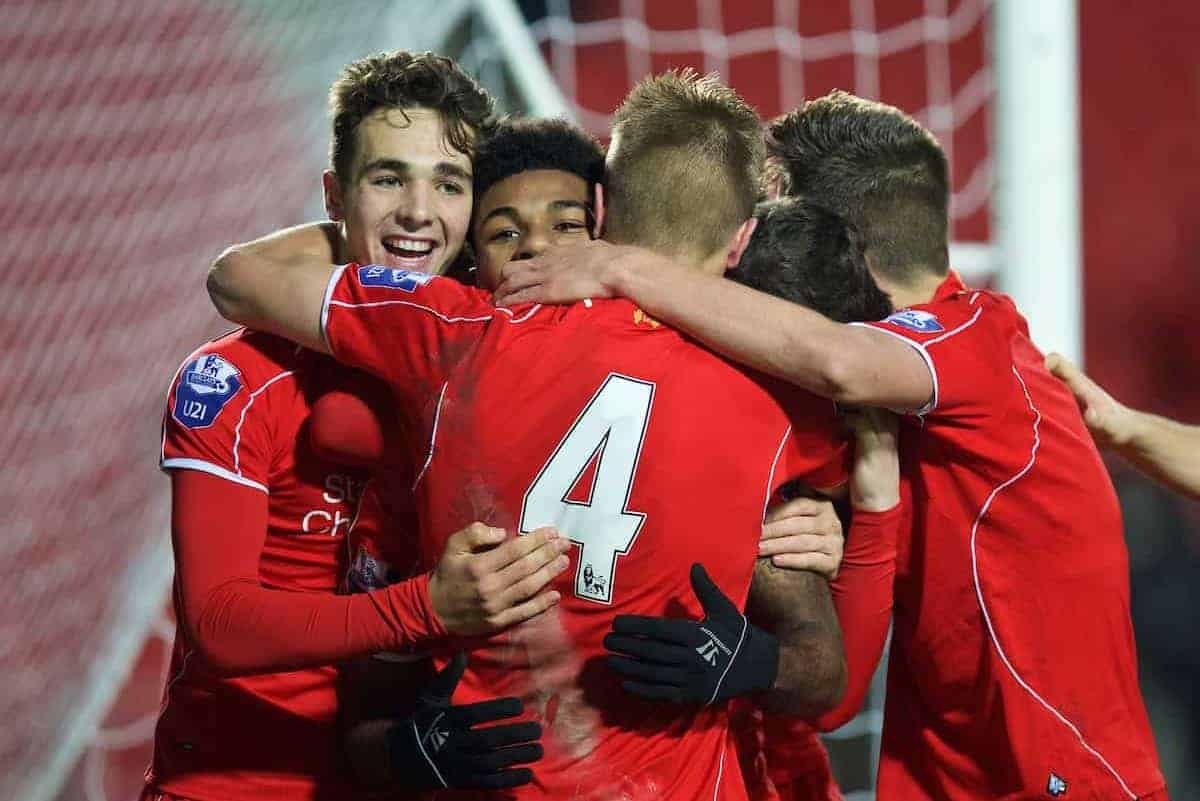 Liverpool were last in the UEFA Youth League last 16 back in 2015, with only seven of Neil Critchley‘s matchday squad still on the books.

The young Reds took on Benfica at Caixa Futebol Campus having edged through a tight group after finishing level on points with both Real Madrid and Basel.

With Brendan Rodgers’ first team already fallen at the first hurdle in the Champions League, this provided the U19s with a chance to upstage their senior counterparts.

In their way stood a formidable Benfica side, however, and goals from Hildeberto Pereira and Diogo Goncalves sandwiched an effort from Sergi Canos in a 2-1 defeat.

More important, though, was the development of the young players in Critchley’s squad, with promotion to the first-team setup the aim for the long term.

But from that side to suffer defeat in Portugal, 11 have since left the club, while only one is now a regular under Jurgen Klopp. Corey Whelan is the sole survivor from Critchley’s back four, with the 20-year-old currently on loan with Yeovil Town after spending the first half of 2017/18 as U23s captain.

Two of the U19s’ starting midfield have also gone, with Cameron Brannagan now with Oxford United and Alex O’Hanlon on the books at Glentoran in Northern Ireland.

Pedro Chirivella completed the Reds’ three-man unit that day, with the Spaniard now out on loan with Willem II in the Eredivisie.

Remarkably, Harry Wilson has remained a fixture with the Liverpool academy since then, though the Wales international joined Hull City on loan in January.

Canos (Brentford) and Jerome Sinclair (Watford) have both since left the club.

Andy Firth and Ovie Ejaria are currently on loan with Chester FC and Sunderland respectively, while Yan Dhanda is now part of the Liverpool U23s squad. The major success story, however, is Trent Alexander-Arnold—an unused substitute in the 2-1 loss.

Alexander-Arnold, who was 16 at the time, made two cameo appearances against Real and Basel in the group stage, but has made a rapid rise since.

Three years on from a quiet afternoon on the bench in Seixal, Alexander-Arnold made his 31st appearance for the first team, and his seventh in the Champions League.

That 5-0 thrashing of Porto marked the first time Alexander-Arnold had made three consecutive starts for Klopp’s side.

His progress since the loss to Benfica in 2015 can be an inspiration Steven Gerrard’s U19s as they prepare to take on Man United at Prenton Park on Wednesday, kicking off at 3pm.

But the 11 players who have left for pastures new also provide a salient reminder that supporters cannot get too carried away by the performances of Liverpool’s youngsters.