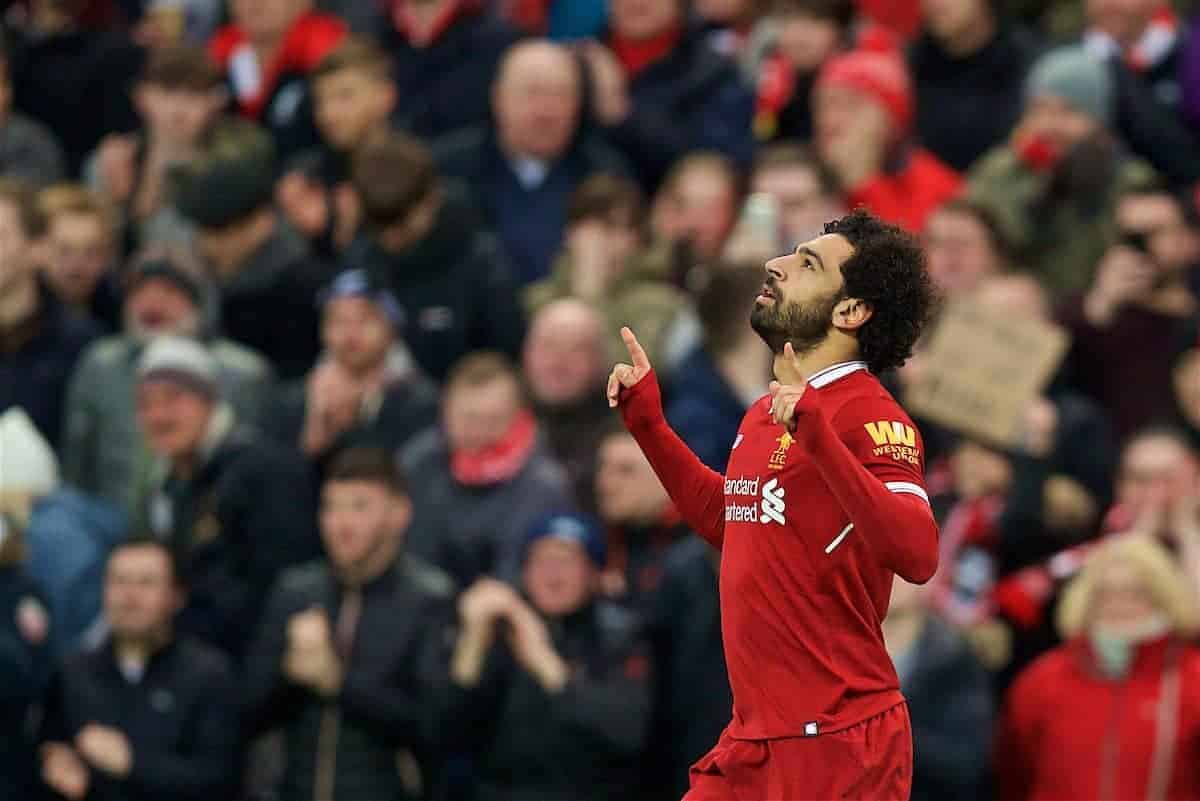 Liverpool produced a Jekyll-and-Hyde performance in a 2-2 draw with top-four rivals Tottenham, with mixed displays from the Reds at Anfield.

Could this be the performance that announces Karius’ arrival as our long-term ‘keeper? Liverpool certainly have the German to thank for coming out of this with a point.

Made a good save from Moussa Dembele first half, a great one from Hueng-min Son in the second and a point-winning one denying Harry Kane from the spot after bringing him down—though the error was mainly Dejan Lovren’s.

Unfortunately couldn’t repeat the heroics with the second penalty, and perhaps should have held the cross which he punched for Victory Wanyama’s equaliser. That was the only negative of an otherwise impressive performance. The youngster entered for the injured Joe Gomez and needed a big performance after some rocky recent outings. He certainly delivered.

Was aggressive, strong and tenacious as he dominated the right-hand side in the first half, and defended well throughout while scrapping in a brilliant tussle with Spurs’ Ben Davies.

Also provided a great supporting outlet as he picked moments to burst forward sensibly and delivering some superb crosses which the Reds should have scored from. A very good from the local lad.

The Croatian was deservedly the man chosen to partner Virgil van Dijk after recent positive form.

He was strong in the air throughout and generally looked more assured, but his swing-and-a-miss which allowed Kane in to win the first penalty was a massive downfall to his performance.

The Dutchman made the return widely expected after his midweek rest and had a positive overall game that was undone by a moment of madness.

Looked an absolute class act in the first half as he organised and defended effortlessly at times, alongside providing a much-needed commanding presence in the box winning numerous strong headers.

Kept Kane largely out of the game but the kick on Erik Lamela that gifted Spurs a second penalty and a point in injury time was a costly error.

Better than his defensive partner but not the best afternoon he’ll have in a Reds shirt.

Quickly becoming Liverpool’s Mr. Reliable and was once again here with a solid performance.

Defended impressively when facing Kieran Trippier one-against-one, and made some strong challenges while also showing good awareness to cover round.

Crossing was surprisingly erratic but his defend-first mindset was the right approach in a game like this, and it’s why he’s rightly No. 1 left-back right now.

The captain rightly retained his place after a good comeback start at Huddersfield, and was in good form once again in his hour-long outing.

Did an effective if unspectacular job patrolling in front of the back four, picking up second balls and using his energy to swarm his opponents in the midfield battle.

Visibly tired which allowed the likes of Son and Dele Alli to get in the game after the break and was rightly withdrawn, but a good display during the time he was on. Can produced a brilliant response in the win at Huddersfield and he carried that confidence out with him at Anfield to produce a decent performance.

Did his defensively work brilliantly to stop Spurs breaking through the middle of the pitch, and was the one Red who could really properly compete in nullifying Dembele.

Tried to bring some calm and composure to proceedings with intelligent use of possession, but like Henderson tired before moving to holding role where he struggled to contain Spurs’ growing momentum.

It was certainly a surprise to see the vice-captain keep his place at Anfield, but Milner repaid Klopp’s faith as he was the best of the midfield trio.

Operated as the more advanced midfielder again and used this freedom to join the aggressive press that unsettled Spurs early on.

Made some great breaking runs form midfield but crucially, and perhaps the reason for his inclusion, he provided vital protection to Robertson in the left channel.

No surprise Spurs really caused damage once he was withdrawn.

The Senegalese has shown signs of rediscovering top form in recent weeks, but once again he struggled to hit anything close to his best form.

Showed some good movement to put himself in some great positions but once again quality deserted him at crucial moments with some really poor final deliveries and passes.

A threat because of his pace and willingness, but that alone isn’t enough and he needs to improve. You need your big players to produce on the big occasions and Salah certainly did that as he so nearly dragged the Reds to victory single-handedly.

Showed incredible anticipation, composure and finishing ability to slot the opener so effortlessly and the winner was just sheer brilliance that Lionel Messi would have been proud of.

Overall it was not actually Salah’s best game—his final ball was consistently frustrating—but the ability to produce out of nothing is an absolute game-changer and came so close to winning this game.

The Brazilian has been the Reds’ main man in recent weeks, but was far from in his best form at Anfield.

Had little service or real opportunity to threaten Spurs’ goal, and his best work came in his selfless defensive work in harassing the visitors defence.

Looked leggy as the game wore on which is a huge concern given there’s next to no alternative.

Entered in a like-for-like swap in Mane’s left-sided role, but struggled to get in the game or provide the energy to disrupt Spurs’ building momentum.

When he was involved he was frustratingly wasteful in possession as the Reds needed to composure seeing the game out, and he failed to react to the loose ball for Wanyama’s equaliser.

Like Oxlade-Chamberlain, showed little energy of battling strength to stand up to Spurs’ second-half onslaught.

In at centre-back as the Reds switched to a five-man defence and largely contributed to the chaos that arrived at the back in the closing moments.

Made the right call restoring Van Dijk and partnering the Dutchman with Lovren, but took a big gamble by making only two changes for what was always going to be an explosive game.

The decision to not add fresh legs in midfield certainly seemed a risk.

However, it provided more defensive security and ensured of plenty of energy in midfield to disrupt Spurs, and it worked perfectly as Liverpool’s work rate overpowered Spurs in the first half so the boss deserves credit.

In game management was always going to be crucial but there was mixed results here as the Reds dropped off alarmingly in the second half which is a real cause for concern.

Positively, Klopp quickly spotted the Reds’ drop-off and utilised his bench, bringing on the players all would have called for. But he perhaps should have left Milner on, while throwing Matip on seemed to just cause more chaos.

However the Reds’ inability to see the game out was down to individual errors Klopp can do little about.