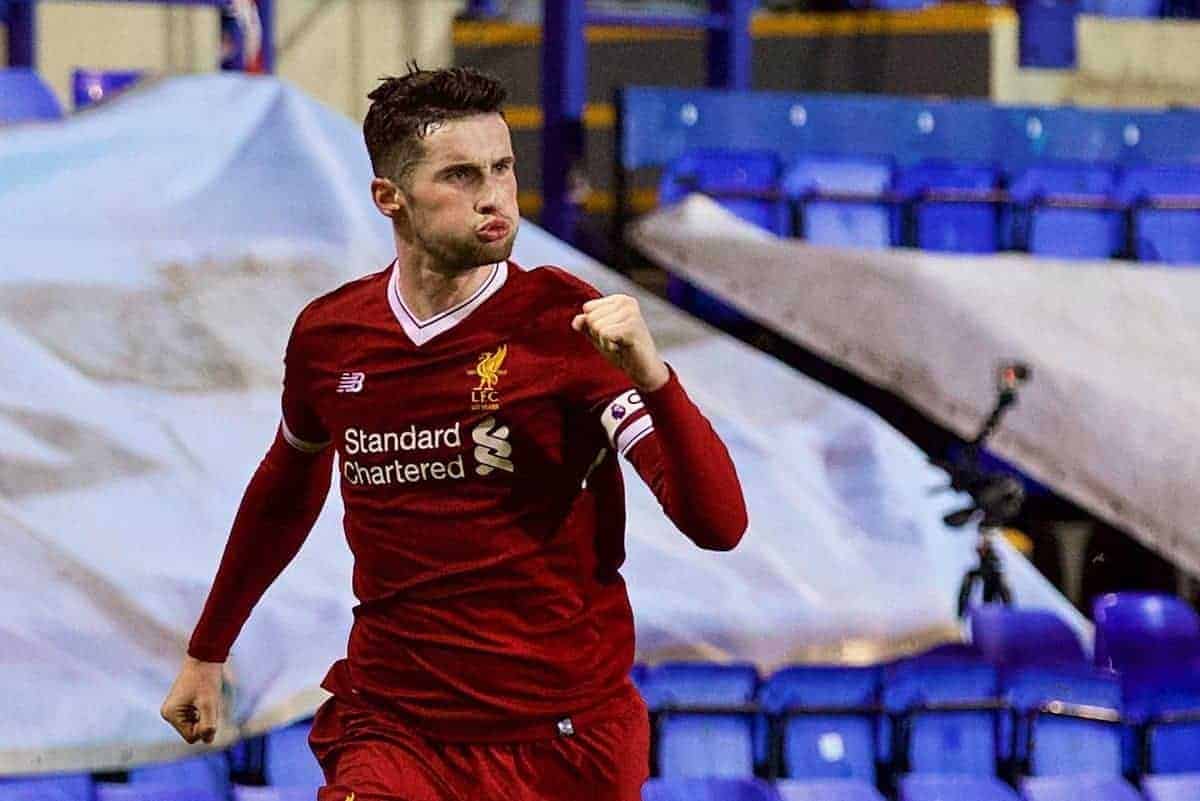 The young Reds pair both started for their respective loan clubs, with Yeovil seeking progress to the semi-finals of the EFL Trophy and County playing out an FA Cup fourth-round replay.

Whelan made his fourth appearance for the Glovers having left for Huish Park at the beginning of the January transfer window.

The 20-year-old, who captained the Liverpool U23s in the first half of the season, started in Darren Way’s defensive line in a turbulent clash with Fleetwood Town.

The visitors went ahead early on, as centre-back Cian Bolger headed home from a corner, before the Irishman nodded into his own net from the same situation for Yeovil.

Way’s side took control after their equaliser, but went in at half-time held to a 1-1 draw.

With 1,314 watching on, however, it fell to Whelan to put Yeovil ahead for the second time, powering a left-footed effort in for his first-ever senior goal.

Jordy Hiwula levelled the scores again on 80 minutes, but a last-gasp winner from Francois Zoko secured the victory and a semi-final berth, as Whelan stayed on the pitch throughout. Meanwhile in south Wales, Virtue made his fourth outing for League Two side County as they bid for progress to the fifth round of the FA Cup.

Their opponents, though, were a resurgent Swansea City, and Virtue had his work cut out for him on a cold night at the Liberty Stadium.

With County defending deep for the majority of the game, the 20-year-old struggled to impose himself, largely chasing shadows as the Swans presided over a comprehensive display.

Virtue’s team-mate Noor Husin did score an excellent strike to reduce the deficit at 3-0 down, but ultimately County were humiliated in an 8-1 defeat.

Despite his peripheral role, Virtue did draw plaudits from BBC Sport commentators Jonathan Pearce and Martin Keown, with a last-ditch challenge to deny Sam Clucas in the first half particularly impressive.

Whelan and Virtue are two of 15 Liverpool players currently out on loan, and the pair will be looking to gain further experience between now and May as their development continues.