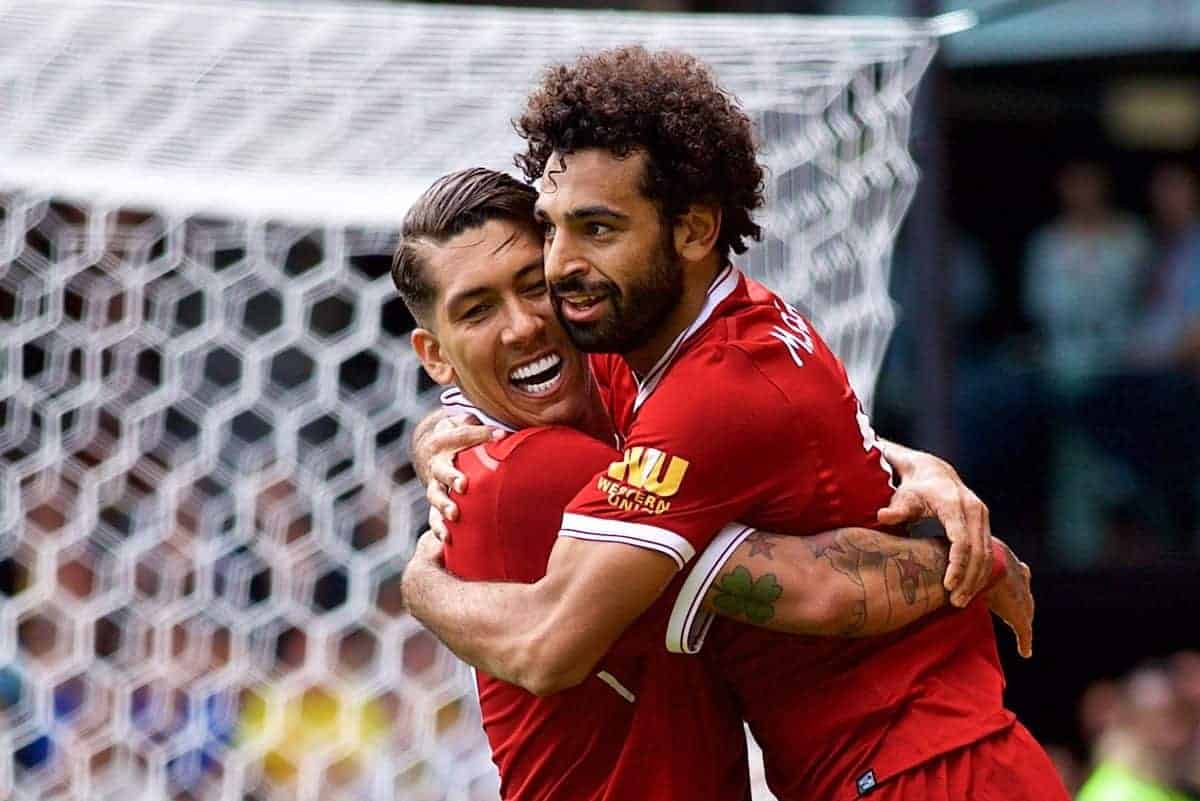 Liverpool’s fearsome front three have been the most prolific goalscoring trio among Premier League teams this season – but the news is much less positive for Arsenal.

After racking up five goals between them in Liverpool’s Champions League victory over Porto on Wednesday, Mohamed Salah, Roberto Firmino and Sadio Mane can boast a combined tally of 63 in all competitions.

By comparison, the City triumvirate of Sergio Aguero, Raheem Sterling and Leroy Sane have 59.

Arsenal sit sixth in the Premier League table, eight points adrift of the Champions League places, and their lack of reliable goalscorers goes some way to explaining their relative struggles.

Their leading trio of Alexandre Lacazette, Alexis Sanchez and Olivier Giroud, boast just 24 goals between them, putting them eighth, and, having sold the latter two to rivals Manchester United and Chelsea respectively, the Gunners have also lost Lacazette to a knee injury for up to six weeks.

Tottenham sit third thanks mostly to Harry Kane, who has contributed 32 of the 52 goals struck by him, Son Heung-min and Dele Alli, while Manchester United’s trio of Romelu Lukaku, Jesse Lingard and Anthony Martial have 42. Chelsea, Leicester and Everton all sit above Arsenal while Newcastle prop up the table, with their leading trio of Joselu, Ayoze Perez and Dwight Gayle having scored just 11 goals between them.

Press Association Sport has pulled together the statistics, which throw up some surprising talking points:

Burnley, seventh in the Premier League, are just one off the bottom when it comes to their top three scorers, with Chris Wood, Ashley Barnes and Sam Vokes only netting 12 goals between them.

Neither of the bottom two in the Premier League table feature in the bottom three ranked by top three goalscorers.

West Brom, who are seven points adrift of safety, sit joint 14th in the alternative standings thanks to 16 goals from Jay Rodriguez, Salomon Rondon and Hal Robson-Kanu while Stoke are 17th.

Kane has scored 21 goals more than Spurs’ second leading scorer Son. The next biggest gap is just nine – between Salah and Firmino at Liverpool.

Salah, Firmino and Mane have scored 64 per cent of all Liverpool’s goals this season compared to 53 per cent of City’s for Aguero, Sterling and Sane. Kane has scored 41 per cent of Tottenham’s goals by himself.