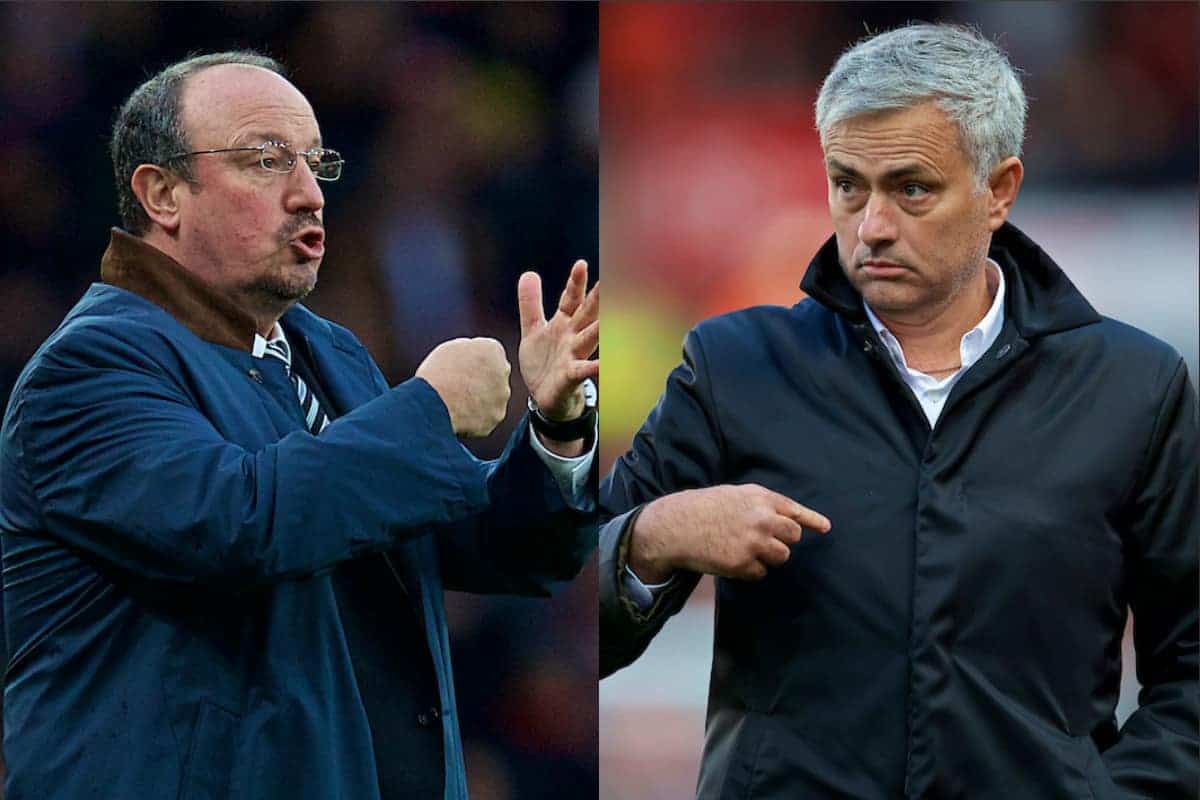 There are some great games to look forward in the Premier League this weekend, starting with an eye-catching north London derby at Wembley.

Liverpool played out a thrilling 2-2 draw with Tottenham last Sunday, but controversy was in the air following Harry Kane’s last-gasp penalty.

The Reds look to return to winning ways this weekend, with Jurgen Klopp and his players heading to a struggling Southampton side.

Virgil van Dijk is sure to receive plenty of boos from the home supporters, and Dejan Lovren, Adam Lallana and Sadio Mane may not be far behind.

That is just one of 10 games to enjoy over the next three days, as the matches start to increase in importance.

Ones To Watch: Tottenham vs. Arsenal, Newcastle vs. Man United The weekend gets underway with a cracker at Wembley, as Tottenham and Arsenal meet in the north London derby.

This is a fixture that always guarantees fireworks of some kind, with great goals, red cards and controversy all occurring in the past.

Spurs showed what a top side they are at Anfield, and with Kane maturing into one of Europe’s most influential players you have to make them favourites on Saturday lunchtime.

Arsenal destroyed Everton 5-1 in their last outing, however, and new signings Pierre-Emerick Aubameyang and Henrikh Mkhitaryan both impressed.

The Gunners can be sensational on their day, but also inept—which version turns up this weekend could hold the key to the result.

Man United‘s trip to Newcastle the following day could end up being a more forgettable contest, but Rafa Benitez and Jose Mourinho going head-to-head is always worth tuning in for.

Both teams are scrapping for points at different ends of the table, and if the St James’ Park crowd are at their passionate best Benitez’s men could get a positive result.

United are strong favourites, however.

One To Avoid: Stoke City vs. Brighton We feel bad about including Stoke City so often, but they really are a team offering little to the Premier League in terms of entertainment value.

The Potters lost 2-1 at Bournemouth last weekend, and they now find themselves in the relegation zone, with Paul Lambert in danger of becoming a Championship manager again in no time.

The visitors to the Bet365 Stadium this weekend are Brighton—a team doing well this season, but not exactly pulling up trees.

Chris Hughton’s side are more well-drilled than anything, and their aim on Saturday will likely be to avoid defeat, which won’t make for much of a spectacle.

It is hard to blame the league’s strugglers for approaching games a little cautiously given the importance of staying in the top tier, but it turns away the neutrals.

This will not be a thriller in the slightest.

Chelsea are in a real mess at the moment, looking anything other than reigning champions.

Their 4-1 defeat at Watford on Monday evening was calamitous, regardless of being down to 10 men, and Antonio Conte’s future was thrown further into doubt.

It looks as though the Italian will stay on as manager for the time being, but they are in real danger of drifting out of the top-four places soon.

Another Monday fixture comes their way in Gameweek 27, with West Brom making the trip on Stamford Bridge.

On paper, the Blues should be far too strong for their relegation-threatened opponents, but there is a feeling that the players have stopped performing for Conte.

This game will be a good gauge of whether that is the case or not—more dropped points against a limited Baggies outfit would surely mean the end.

You could see Alan Pardew’s team getting something, such is Chelsea‘s current plight.