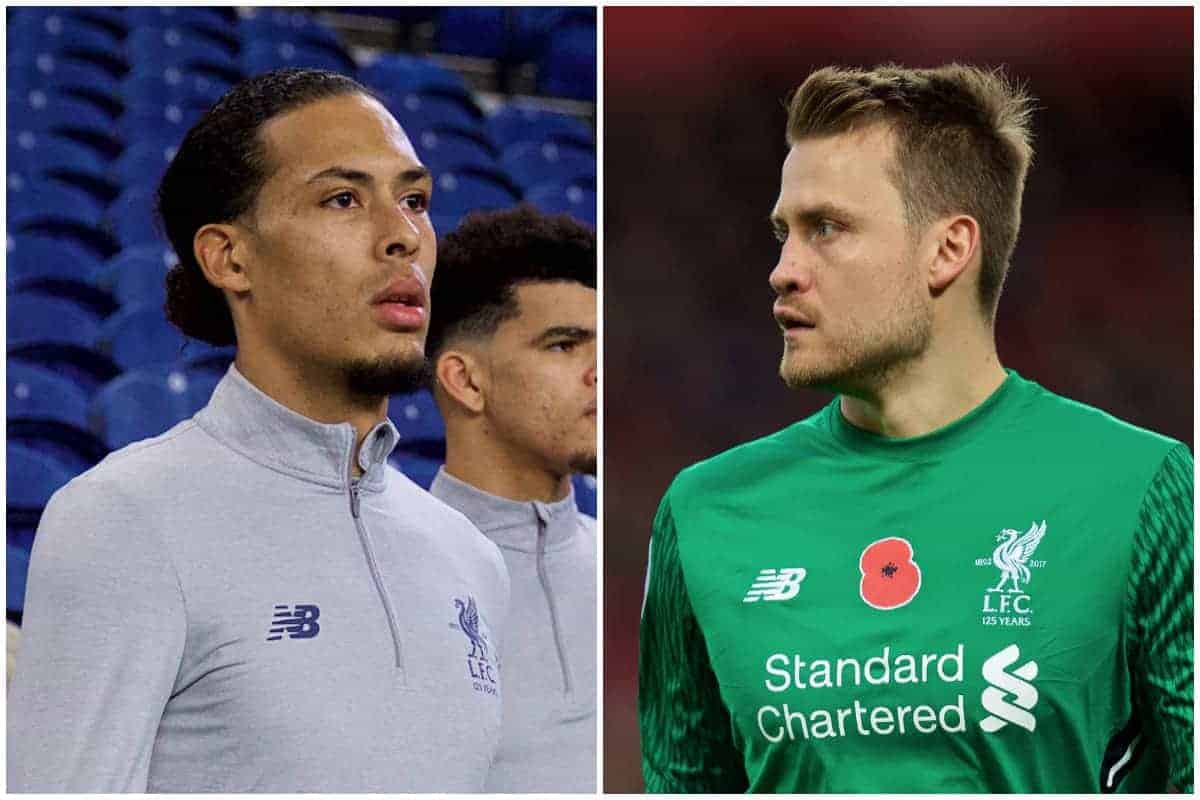 Liverpool’s Champions League hopes face a stern test against Porto tonight, but who is facing a defining moment and whose time at Anfield is nearing the end?

After bombing out in the race for domestic trophies this season our hopes rest solely on securing a top-four position in the Premier League and daring to dream of progressing into the latter stages of the Champions League—where we have failed to make it to the knockout stage since 2009.

With a small blip in form on the domestic front seemingly behind us we now have an opportunity to pick up from where we left off in Europe, having ended the group stage unbeaten and with the second-highest goal return behind Paris Saint-Germain.

However, with Porto currently topping their respective league having stretched their unbeaten run to 21 games, our progression will not come easy.

The stern test which awaits us against the 27-time Portuguese champions has thrown up a series of defining moments for our squad, and it could signal the end for one of our longest-serving players.

Writing on the Wall for Simon Mignolet? If Loris Karius takes his place in between the sticks at the Estadio do Dragao, as expected, then Mignolet’s time at Anfield has most certainly come to an end.

The Belgian has never quite managed to convince that he is worthy of being our undisputed No. 1.

Despite making over 170 appearances in a little under five seasons, his performances continue to be riddled with mind-numbing errors which have seen us drop more points than you or I would care to count.

Patience with Mignolet has been wearing thin for a considerable amount of time and it appears as though Jurgen Klopp has finally shared in supporters’ conclusion that he is simply not good enough.

The next man in line is Karius, and whilst he has yet to stamp his authority in goal he deserves the chance to prove his doubters wrong.

His performances against Tottenham and Southampton have offered renewed hope that with consistent game time he will turn into the ‘keeper promised on his move from Mainz—he was not voted the second-best stopper in the Bundesliga in 2015/16 for nothing.

A standout goalkeeper is key to any success we hope to have in the near future, and Karius’s name on the team-sheet on Wednesday night will be the clearest indication yet that Mignolet will not be the man we rely on to get us there.

If Virgil van Dijk continues his upward trajectory he will be key to any success we have in Europe this season.

There is no doubting that this will be Van Dijk’s greatest challenge in a red shirt since his arrival, but the towering centre-back was brought to Liverpool for this type of occasion.

The pressure away from home in Europe ensures our defence will be asked several tricky questions from Porto, especially from in-form striker Vincent Aboubakar—should he pass a late fitness test.

However, Van Dijk was calmness personified against his former side on Sunday—despite being on the end of a barrage of abuse—and all signs suggest he is primed for yet another confident showing at the heart of our defence.

This is an important quality considering another hostile atmosphere is awaiting us tonight. Whilst the media’s microscope will be looking, and will continue to look, to lay any fault at his feet our record signing is already exemplifying the qualities we all hoped he would bring to the club.

His aerial dominance is one thing, but his leadership has already made a noticeable difference.

The benefits of his presence are already on show through the upturn in form from the likes of Karius, and even Dejan Lovren.

Simply put, the Dutchman has eased our defensive concerns and has made us a more formidable outfit, but it is now his first defining moment at the club.

Liverpool’s Attack Must Click to Strike Fear Into Porto

If Liverpool’s attacking prowess is in full motion then Porto will head to Anfield on the back of three weeks’ worth of nightmares.

Simply saying the names of Mohamed Salah, Roberto Firmino and Sadio Mane would inflict a sense of unease on any side’s defence.

Mention 58 goals and 23 assists having been notched at the hands of the trio this season alone and quivers soon turn into uncontrollable shakes.

In only seven games so far this season has at least one of Salah, Firmino or Mane not struck—four of which Liverpool failed to register on the scoreboard at all. In a blink of an eye we can take the game away from the opposition.

In a two-legged tie we could err on the side of caution and bide our time, ensuring the return leg at Anfield is tipped in our favour.

But we have the capabilities to ensure the game is either over by that time or inflict enough mental scars which have a long-lasting effect. Whilst Mane continues his struggle to rediscover his devastating best, his output remains crucial in keeping our attack ticking over as his presence alone offers a dynamism which compliments the in-form Salah and Firmino.

However, for all the chances the trio create week in and week out we must show a ruthlessness and clinical edge to make our opportunities count where it matters most, leaving our Portuguese rivals fearing their trip to Anfield.