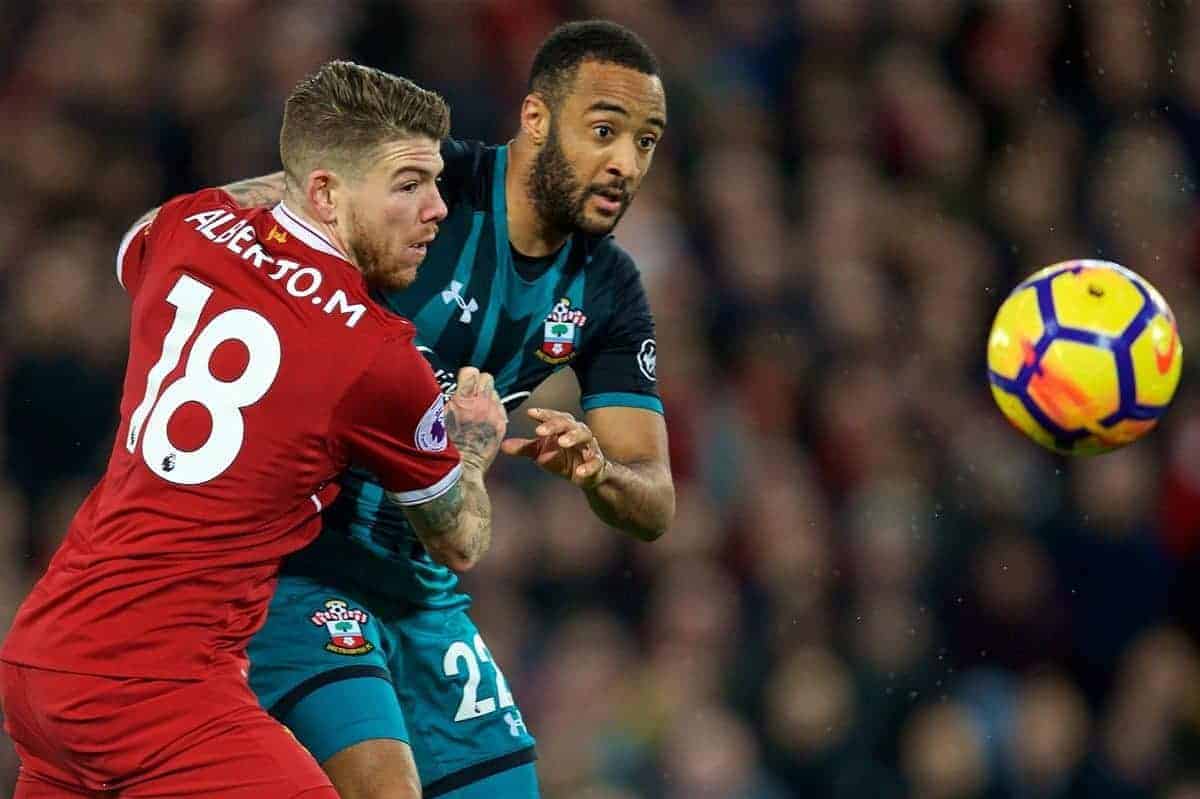 Liverpool head to Southampton in the Premier League on Sunday, looking to get the better of one of their more awkward opponents of late.

Saints have really become a bogey team for the Reds in recent times.

Jurgen Klopp has experienced plenty of bad days days against them, from the 3-2 defeat in 2015/16 to last season’s 0-0 draw at Anfield which threatened to derail his side’s Champions League bid.

Southampton seem to up their game against the Reds, perhaps with something to prove because so many of their top players have moved to Merseyside, but Klopp’s men cannot afford to drop points this weekend.

They head to St Mary’s well-placed in the top-four fight, but any slip-ups in these remaining 12 league games could feel so costly.

The 2-2 draw at Tottenham last weekend was frustrating, but a victory on Sunday would make that point feel far more adequate.

Klopp will have one eye on Wednesday’s Champions League trip to Porto, but making too many changes will be a risk against a good side on their day.

Granted, Mauricio Pellegrino has struggled this season, with Southampton currently 15th in the table, but they are not to be underestimated.

Liverpool should be too strong on the day, but you can never predict anything with this team.

Nathaniel Clyne and Joe Gomez are both out for the Reds, although the latter will hopefully be fit for the Porto game.

That means Trent Alexander-Arnold will continue at right-back, with ex-Saints pair Dejan Lovren and Virgil van Dijk also favourites to start in the back-four along with Andrew Robertson.

Adam Lallana may face his former club, despite his stupid sending off for Liverpool’s U23s on Monday, and Alex Oxlade-Chamberlain could also take on his past employers.

Mohamed Salah and Roberto Firmimo feel almost too important to leave out at the moment, particularly the former, who has scored 28 goals this season.

Klopp has hinted that he will go strong with his line-up, despite the European commitments that take place three days later.

Pellegrino has no injury problems aside from Charlie Austin, so selecting the correct personnel to get the better of Liverpool is his main headache.

Last 5 at Southampton (All Competitions) Away fans’ pubs: “There are plenty of pubs in the city centre between the station and the stadium, but the main away pub is Yates’,” Saints fan Richard Brereton told us.

One piece of advice for visiting fan: “If you are drinking in the city centre before games, remember it is a 20-minute walk to the ground. It’s very easy to lose track of time and miss kickoff,” he added.

“Also, don’t try and drive to the ground—the parking and traffic near the stadium are horrendous. Park somewhere like Ocean Village which is a 10-minute walk away.” Liverpool have failed to score in four of their last five meetings with Southampton.

The south coast club kept four clean sheets in succession against the Reds last season, in the Premier League and the two-legged League Cup semi-final.

In his pre-match press conference on Friday, Klopp spoke about Van Dijk’s return to St Mary’s this weekend:

“It will not be the most friendly but I’m not sure,” he said.

“I don’t think anyone at Southampton will say we’ve stolen him or something. It was a very public deal and the numbers, even when they are not 100 percent right, are I think OK.

“So maybe they are really happy and they say ‘thank you for all the money we have now’—or it could be the other way around.”

The match kicks off at 4:30pm (GMT) on Sky Sports Main Event, with live coverage getting underway at 4:15pm.

Chris Williams is in charge of our matchday live blog from 3:45pm, providing minute-by-minute updates throughout the afternoon.