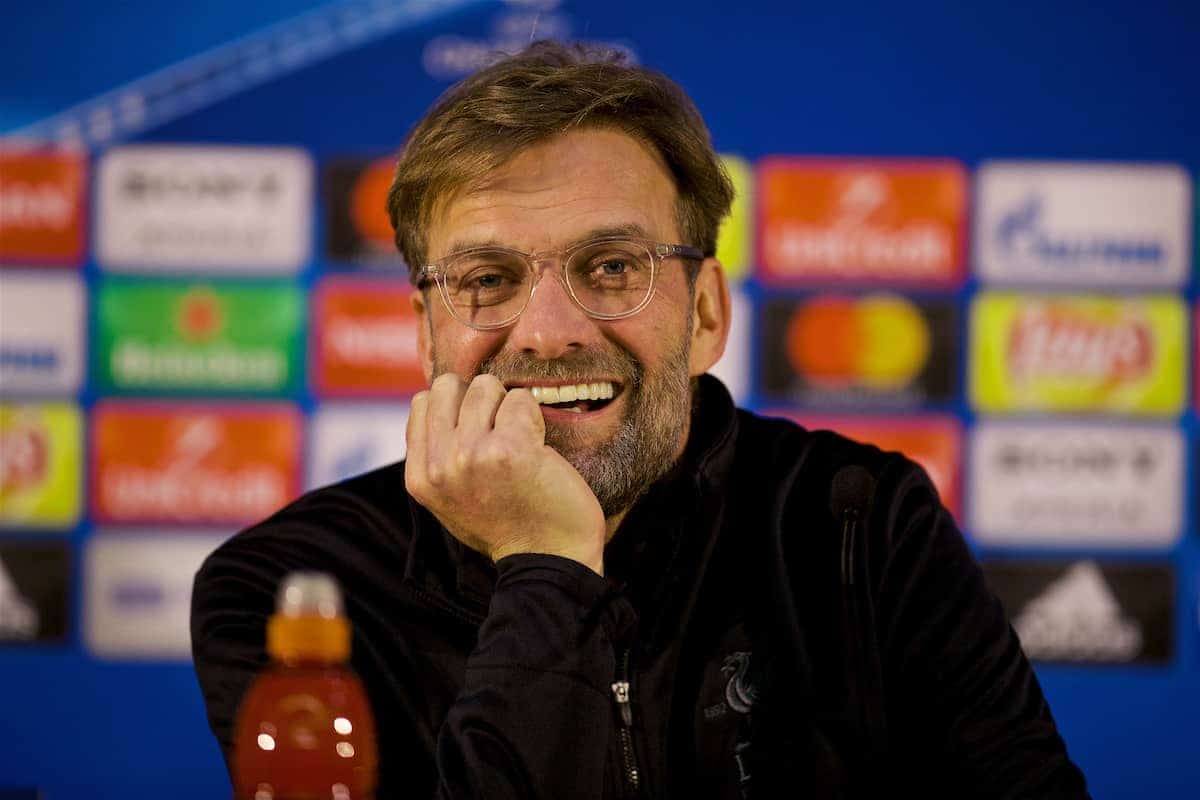 The Reds have reached the knockout stages of Europe’s elite for the first time this decade, and face a tough challenge in their bid for the quarter-finals.

Porto have been in dominant form both domestically and on the continent so far this season, with Sergio Conceicao steering his side to top of the Primeira Liga and second in Group G.

And despite Liverpool strolling to a 2-0 win over Southampton on Sunday, Klopp is wary of the threat of the Portuguese giants.

“On a good day we are really strong, but we need to be outstandingly strong to get a result tomorrow at Porto,” he told reporters on Tuesday.

“It’s quite a job to do, that’s all we are focused on—in a very positive way.

“Last summer we dreamt of this, and now we are here.” And the German was questioned on Mignolet’s prospects after being replaced by Loris Karius, saying: “I don’t know about the future. In this business it’s always the same.”

“I have to make a decision for tomorrow night, and that’s what I will do—no problem,” he added.

Liverpool last met Porto in the group stage of the same tournament back in 2007, recording a 4-1 win at Anfield, with their last trip to the Estadio do Dragao resulting in a 1-1 draw.

Either would be a favourable result for the Reds on Wednesday night, but Klopp will be hoping to put distance between his side and Conceicao’s before the return leg on March 6.