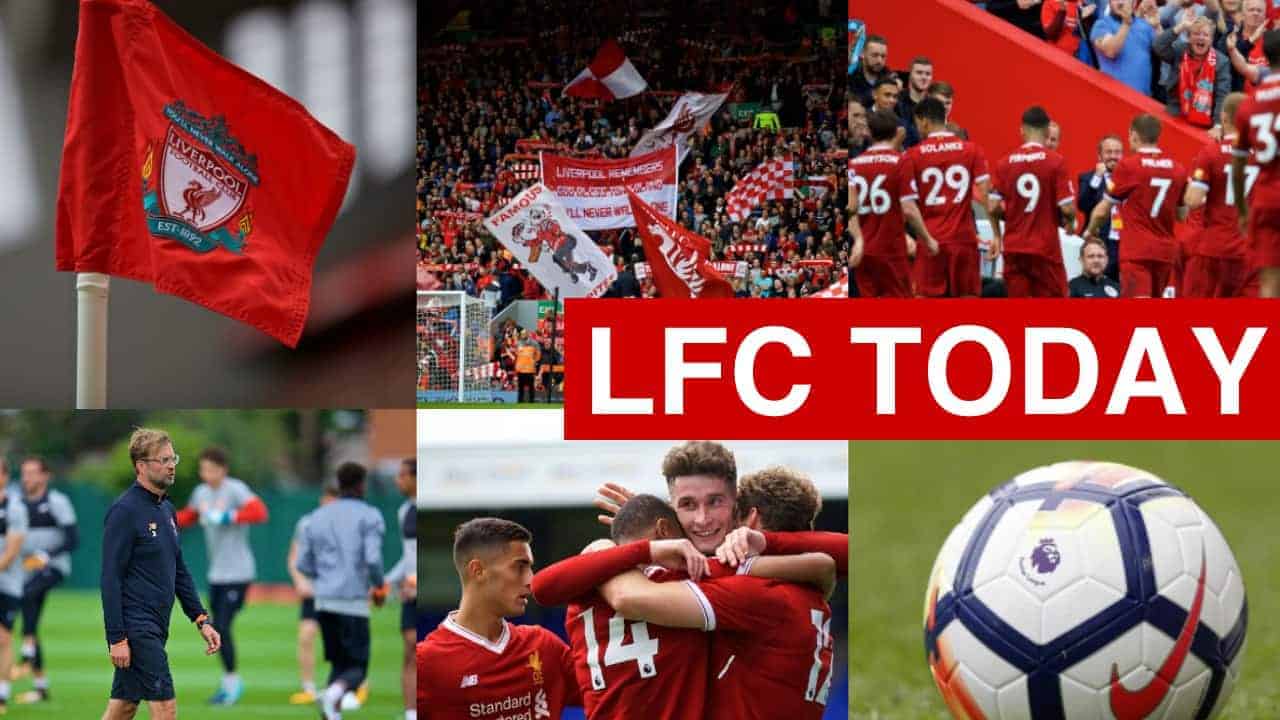 We bring you the latest Liverpool FC news and rumours on Thursday, with two players linked with the Reds and differing fortunes for two youngsters.

Jurgen Klopp holds his pre-West Ham press conference on Friday afternoon (1.30pm), but until then it continues to be a relatively slow news week for Liverpool.

The Reds were back at Melwood on Thursday, preparing for Saturday’s game.

Wednesday saw Mo Salah spotted all over Liverpool – and the Wirral – with the King of the Kop filming something for Egyptian TV.

My Nan met @22mosalah down the dips today and I’ve never seen her so happy ??? pic.twitter.com/XtrC22rmai

Salah was spotted in a chippy on Breck Road, going to a boxing gym, outside the Liverpool Philharmonic, and at The Dips in New Brighton. Dani Ceballos has gained a reputation as one of Spain’s most exciting young midfielders, and it earned him a move to Real Madrid last summer.

Such is the competition for places at Santiago Bernabeu, though, the 21-year-old has featured just seven times in La Liga this season, failing to complete 90 minutes in any of those matches.

He is already keen on a move elsewhere according to Spanish journalist Cristobal Soria, who reportedly has a close relationship with Ceballos.

You take most transfer rumours with a pinch of salt at this time of year, but the Spaniard would arguably add creativity and intelligence to a Philippe Coutinho-less midfield.

Harry Wilson‘s January loan switch to Hull City was seen as good for his development, having outgrown playing for Liverpool’s U23s.

A goal against Nottingham Forest on his second appearance suggested bright things were on the horizon, but he was dealt a blow last Friday when he left the field in the FA Cup fifth round defeat at Chelsea.

The extent of the injury has now been revealed, with Wilson set to be sidelined for up to a month after suffering shoulder ligament damage.

It is a setback for the 20-year-old, but one that he will hopefully overcome as soon as possible, as he attempts to keep Hull in the Championship.

We may still be in the thick of 2017/18, but next season’s Liverpool kits appear to have been leaked on social media.

The three separate jerseys are an eclectic mix of colours, and while the home kit looks relatively similar to the current version, the two alternative strips have led to varying opinions from Reds supporters.

One is purple, while the other has been described at “grey-violet”, with pink used for the logo and the “You’ll Never Walk Alone” emblem on the stomach under the Standard Chartered sponsor.

You’ll either love it or hate it – we’re siding with the former. Ben Woodburn, captain on the day, scored his side’s opening goal with a first-half header, in what was an excellent individual performance.

He couldn’t hide his delight after the game, on another afternoon that displayed the Welshman’s enormous quality.

“I feel great. It’s obviously a great feeling to beat Man United in this special competition, it was great for us and the whole team,” Woodburn told Liverpoolfc.com.

“I think we all played well – the young players, the players who came off the bench, the old players. I think everyone played their part and it was a good win for us.”

The quarter-final fixtures will take place on March 13 and 14. The summer transfer window may still be months away, but that doesn’t stop the endless speculation regarding incomings and outgoings at Anfield.

According to a report today, Liverpool still have highly-rated Sporting Lisbon youngster Gelson Martins on their radar.

They aren’t alone in admiring him, however, with both Barcelona and Bayern Munich now said to have entered the race for his signature.

Gelson’s possible suitors want a deal done “before his £53million release clause expires this summer”, such is his vast potential – it will end as soon as the World Cup in Russia starts.

The 22-year-old wide man has five goals in 21 league appearances this season, and would add more depth to the Reds’ exciting attack.