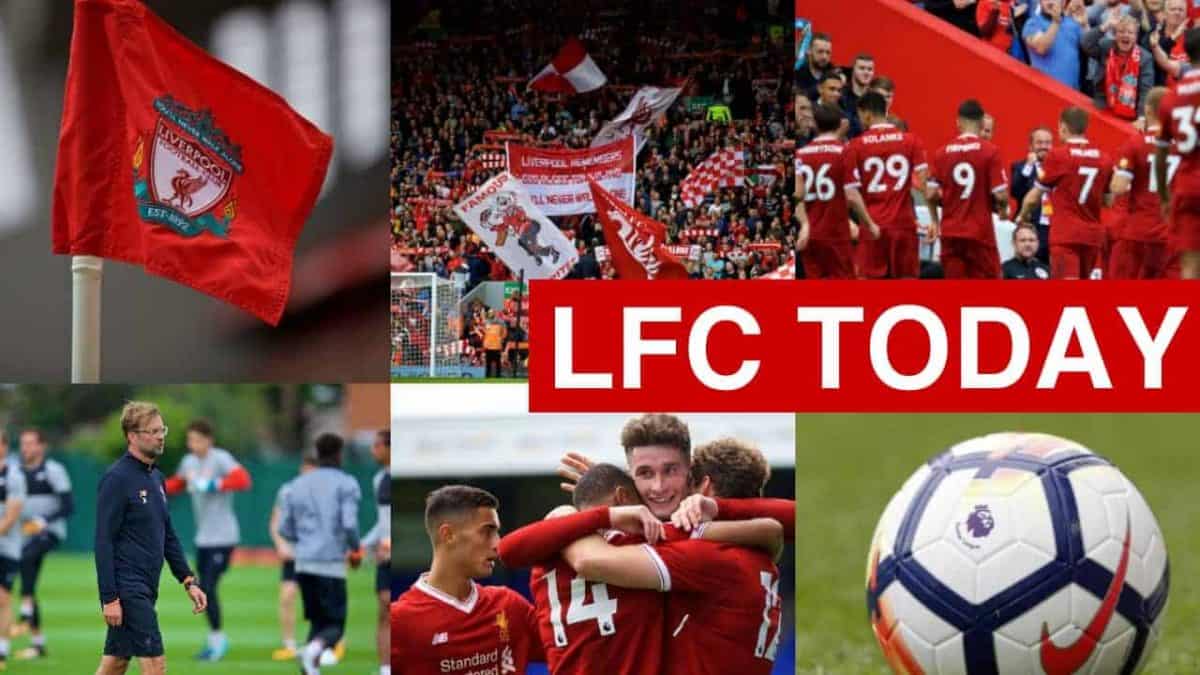 We bring you the latest Liverpool FC news and rumours on Friday, with two more players linked with summer moves to Liverpool.

The Reds are preparing for the weekend visit of West Ham in the Premier League, following a 10-day break between matches.

Things are hotting up on the pitch, and off it, the endless swirl of transfer gossip has shown no sign of going away.

Piotr Zielinski was strongly linked with a move to Liverpool in the summer of 2016, but a transfer never materialised, with Gini Wijnaldum eventually signed instead.

New rumours surfaced on Friday, however, with Calciomercato claiming the Napoli midfielder will be back on the Reds’ radar at the end of the season.

Likened to Man City talisman Kevin De Bruyne by Napoli boss Maurizio Sarri, Zielinski is enjoying a good season at the Serie A table-toppers, albeit not as a midfield regular.

Just eight league starts have come his way, with 15 appearances from the substitutes’ bench, so the opportunity to be more of a key man next season is likely to appeal.

Zielinski’s technical expertise would be ideal in Jurgen Klopp‘s system – the German has been an admirer since the 23-year-old played for Empoli – and he has matured as a player since those original transfer stories emerged.

Liverpool would have to pay somewhere between €35-40million for the Poland international’s services.

Alisson deal back on?

It didn’t feel entirely credible at the time, and reports in Brazil claim the 25-year-old remains very much on Liverpool’s radar.

According to Esporte, “Liverpool have an advantage over PSG and Real Madrid,” when it comes to signing Alisson, with a move to Merseyside of interest to the Brazilian.

The report states that the player’s entourage are expecting the Reds to make their move after this summer’s World Cup in Russia, with a deal around £62million making him the most expensive ‘keeper in history.

Klopp is famed for coming out with memorable quotes and keeping the media entertained in press conferences, but Friday’s at Melwood was a more subdued affair.

The manager discussed Liverpool’s U19s impressive win over Man United on Wednesday, praising manager Steven Gerrard, and looked ahead to the visit of West Ham.

His most interesting comments were regarding this season as a whole, with Klopp admitting he won’t be happy until his side’s goals have been achieved in May.

“I am absolutely not happy. I want to be happy at the end of the season,” Klopp told reporters.

“Happy is not the word I have in my mind, to be honest; I am sometimes fine with it (our form), sometimes more, sometimes less. Mohamed Salah has enjoyed arguably the greatest debut season of any Liverpool player in history, having netted 30 times in just 36 appearances.

The 25-year-old has made it clear that his move to the Reds was about far more than personal accolades, though, with ending the long wait for a Premier League title at the top of his wishlist.

“I can tell the fans we work 100% to try and win something for the club.

“It’s a long time since the club won the league. It’s my dream to win the Premier League – but I want to win it with this club.”

Salah’s astonishing form has taken the limelight away from Roberto Firmino, with the Brazilian exceptional this season.

Firmino has been rewarded for his efforts at the start of the year, taking home Liverpool’s Player of the Month award for January.

He scored a delightful chipped effort in the famous 4-3 win over Man City at Anfield, before opening the scoring in similarly audacious fashion in the FA Cup defeat to West Brom.

Firmino rounded off his award-winning month with a brilliantly-taken strike from a tight angle away to Huddersfield Town.

That’s now 21 goals in 37 matches in 2017/18 – a brilliant return from a player who brings so much more than just end product in the final third.