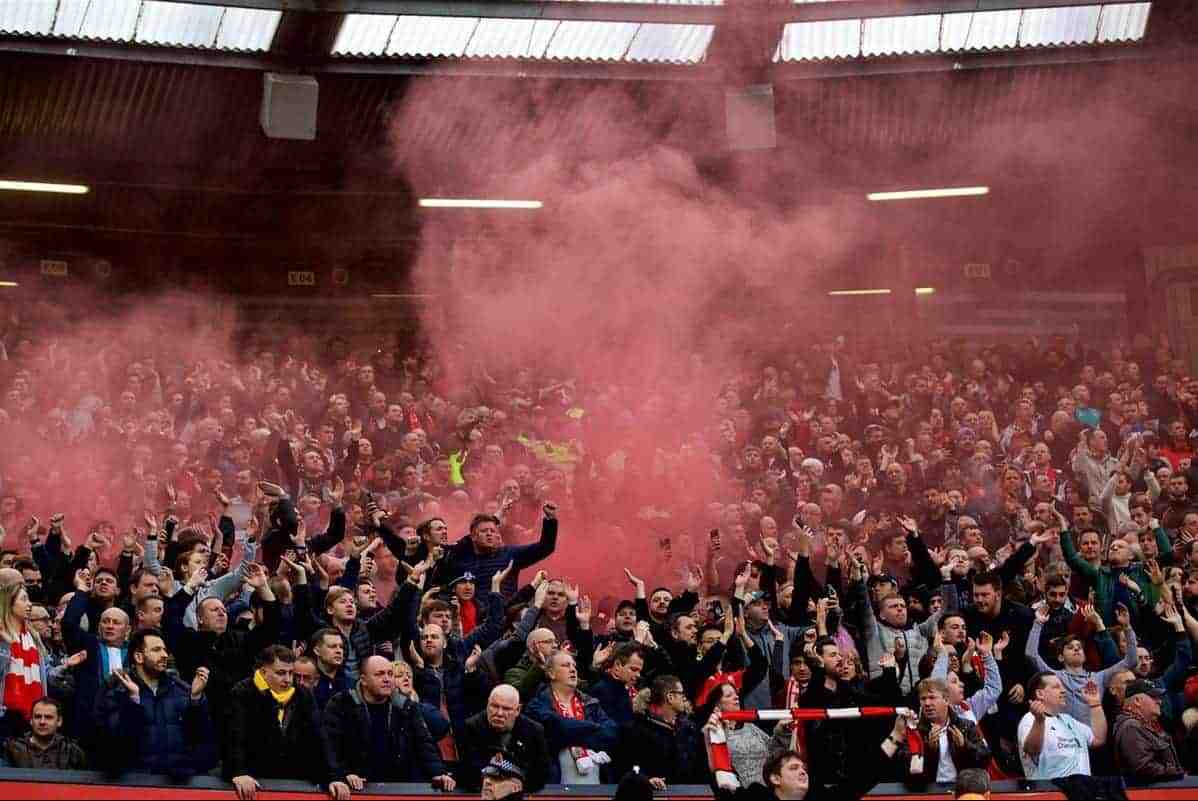 We’ve had The Egyptian King song, and now Liverpool fans have a new chant that celebrates the feel-good factor around the Reds this season.

Saturday may have seen a 2-1 defeat for Liverpool, but you’d never have known it from the travelling Reds at Old Trafford

Sky Sports’ footage at full time panned to fans celebrating their team – but those supporters were in Old Trafford’s away end.

Just as the travelling Kop had drowned out United’s PA system pre-match with their Allez, Allez, Allez chant, it continued long after the players had left the pitch.

With a post-match lock-in customary for Liverpool fans at Old Trafford, this was no time to feel upset about a defeat. Instead, fans showed the optimism surrounding the club under Jurgen Klopp this season.

It’s been nine years since the Reds were in a Champions League quarter-final, and with Friday’s draw on the horizon, it’s a sign of the huge progress being made.

Supporters are enjoying watching their team again and there’s a feeling that the good times are returning – songs and scenes like this were commonplace under Rafa Benitez’s best years a decade ago.

The new Allez, Allez, Allez song started in the pubs around Anfield in recent weeks and had its first airing on the Kop against Porto last week. It’s a tune you can’t get out your head.

Let’s hope for a big European opponent in Friday’s draw.