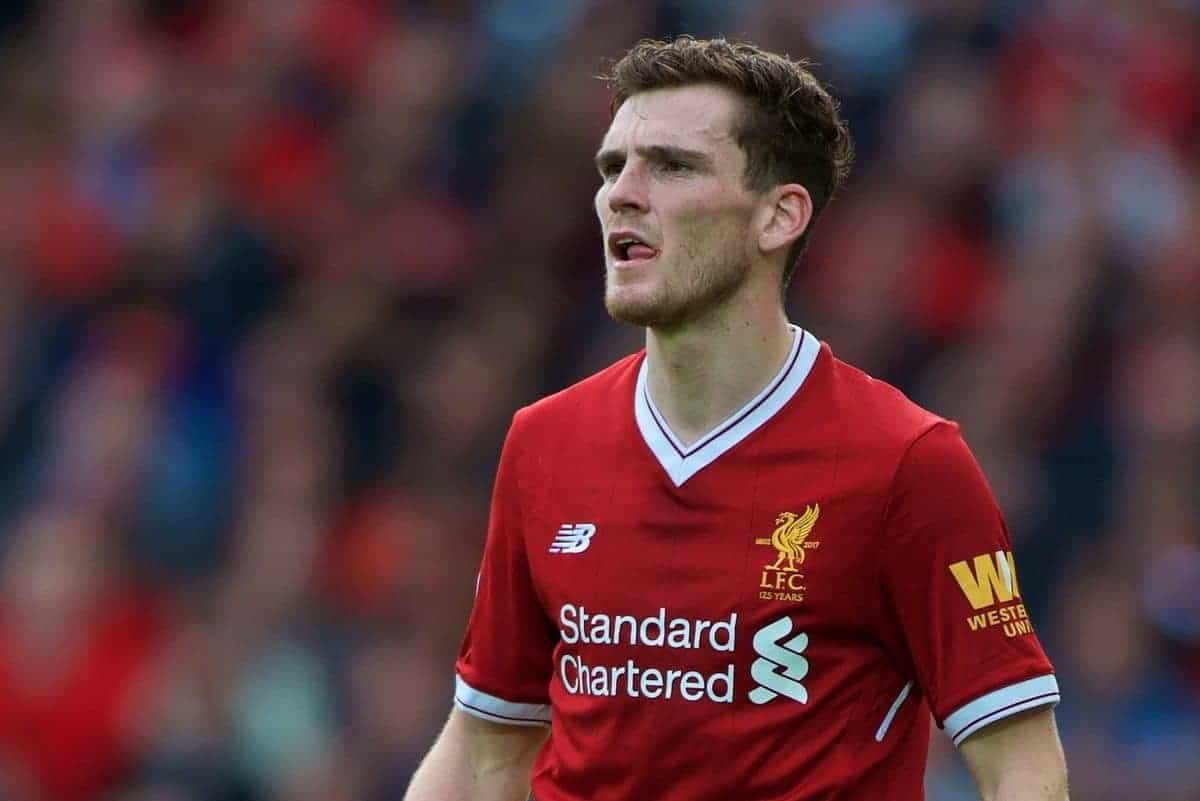 Andrew Robertson has been named in Scotland’s squad for two friendlies in March after excellent recent performances for Liverpool.

One of the stand-out performers for the Reds since the turn of the year, Robertson has made the left-back spot his own under Jurgen Klopp.

An aggressive and energetic approach has seen the former Hull man usurp Alberto Moreno from the position, who himself started the campaign in top form.

As a first-choice for the Reds it’s no surprise to see Robertson play an increasingly important part for his national team too, and that should continue later this month during the international break.

Robertson is one of 27 players called up by Alex McLeish for the double-header against Costa Rica and Hungary, with the new boss keen to offer chances to plenty of faces.

SCOTLAND | Here's your Scotland squad to take on Costa Rica and Hungary later this month. ??????? pic.twitter.com/LNBTM4zz1P

To date, Robertson has 19 full caps for Scotland, scoring twice in that time, and was a regular during his nation’s World Cup qualifying campaign.

The 24-year-old is likely to be just one of several Reds on duty for their respective nations across March 23-27.

McLeish has named his squad early but later in the week others will follow, injuries dependent from the coming weekend fixtures.

With the likes of England facing Netherlands there’s the possibility of Liverpool team-mates facing off on the international stage, if Jordan Henderson, Adam Lallana or Joe Gomez are picked at the same time as Gini Wijnaldum and Virgil van Dijk.

Roberto Firmino and Emre Can could be in action against each other as Brazil play Germany, while Mohamed Salah‘s Egypt face European opposition in Portugal and Greece.