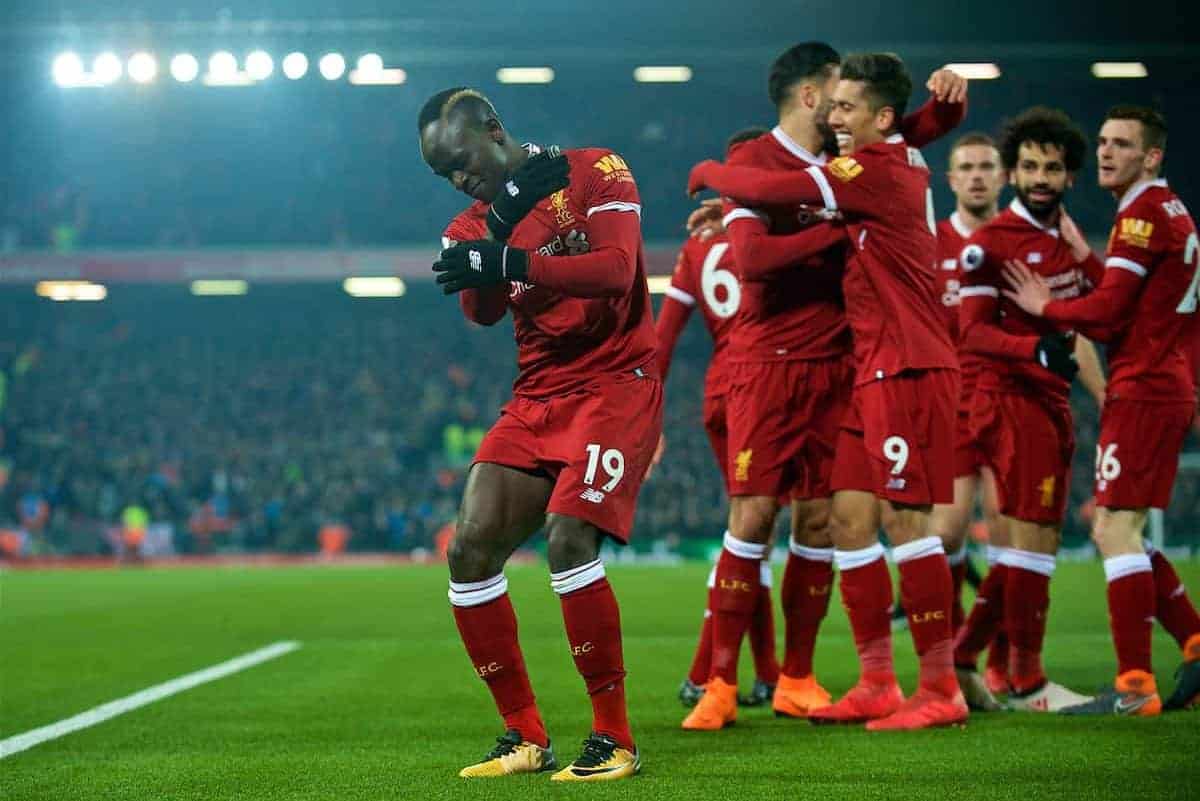 Liverpool produced another comfortable showing as they strolled to a 2-0 victory over Rafa Benitez’s Newcastle United at Anfield on Saturday.

The Reds headed into the evening clash having dropped down to fourth in the Premier League, following Tottenham‘s 2-0 win over Huddersfield Town.

And ‘warming up’ in freezing conditions on Merseyside, another three points were the objective as Jurgen Klopp‘s side fight for a top-four finish. Virgil van Dijk kept his place in the side, but alongside another centre-back partner in Dejan Lovren, who along with Jordan Henderson made up the only changes to Klopp’s starting lineup. Rafa received a warm welcome to his former home ground, with all corners of Anfield hailing the Spaniard who brought European glory back to Liverpool. The ex-Reds manager set the Magpies up to frustrate his former side, fielding a back five and a low block to suffocate Klopp’s on-fire front three. They struggled to do so, however, and after great work from Alex Oxlade-Chamberlain, Mohamed Salah was on hand to fire the opener past Martin Dubravka. Klopp remained an animated presence on the touchline throughout, geeing his side up as they sought to push ahead of both Spurs and Man United in the table. And shortly after half-time the Reds had their second of the evening, with Sadio Mane scoring his 14th goal of the season.

The Senegalese lapped up the adulation of the Kop as he continues his impressive return to form after a lengthy slump.

The final whistle blew at 2-0, with Liverpool now setting their sights on the Champions League, with a last-16 second-leg clash with Porto to come on Tuesday night.