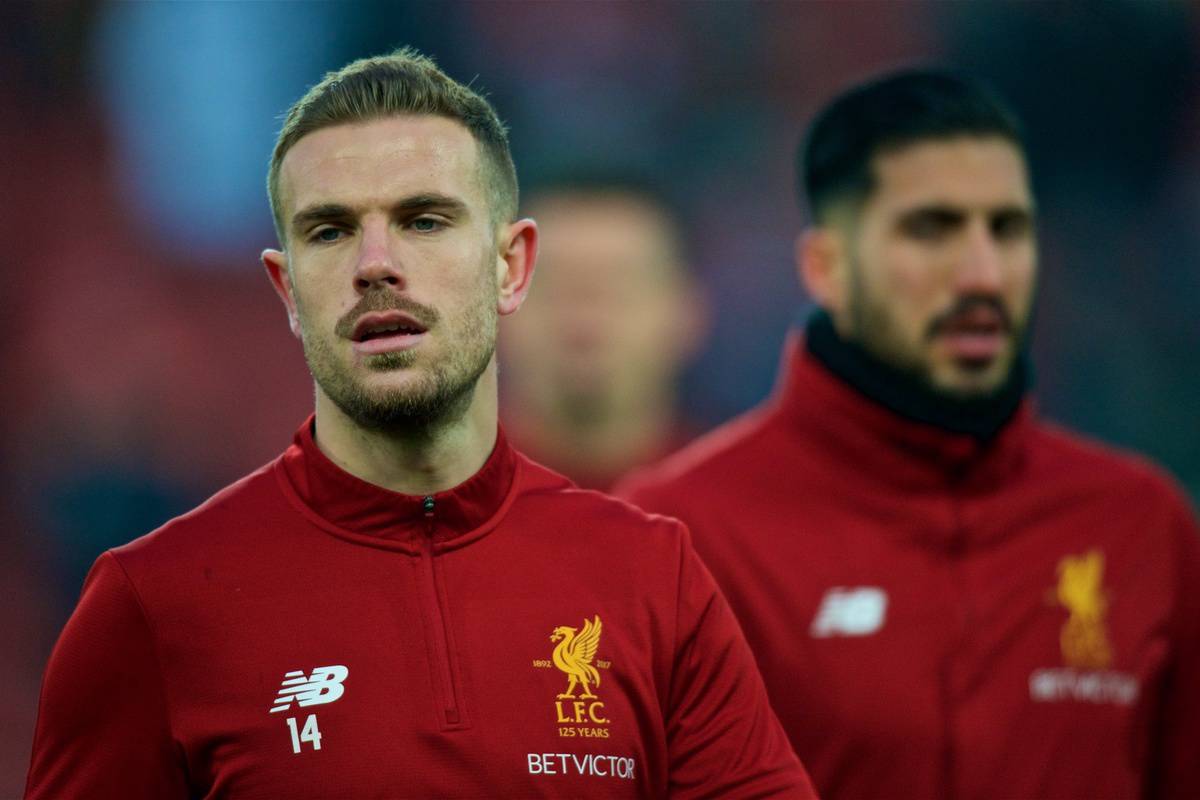 Jurgen Klopp has made four changes to his starting lineup as Liverpool seek an immediate response as they host Watford at Anfield this afternoon.

A 2-1 defeat to Man United last time out served to derail the Reds’ momentum, but a weekend in which all of their top-four rivals are in FA Cup action provides a great chance to respond.

United play Brighton, Chelsea travel to Leicester City and Tottenham visit Swansea City as they all bid for a place in the quarter-finals.

Meanwhile, Liverpool take on Watford, who lost 3-0 at Arsenal last time out and are seemingly settled in mid-table.

Looking to capitalise, Klopp has named a full-strength side, with his captain among those to return to the lineup.

Loris Karius continues in goal, likely boosted by reports of Klopp’s faith in him as the Reds’ long-term No. 1.

Ahead of the German, Joe Gomez, Joel Matip, Virgil van Dijk and Andrew Robertson line up in defence, as Trent Alexander-Arnold and Dejan Lovren both drop out after struggling at Old Trafford.

Lovren is struggling with an ankle injury, while Adam Lallana is also omitted with the 29-year-old short of fitness.

In midfield, Jordan Henderson will look to preside over the battle for possession, flanked by Emre Can and Georginio Wijnaldum.

And, as ever, Mohamed Salah, Sadio Mane and Roberto Firmino provide the firepower in Klopp’s attack, having all scored in August’s 3-3 draw at Vicarage Road.

The Reds have an opportunity to return to third in the Premier League table this afternoon, and Klopp will have primed his side for a return to winning ways.