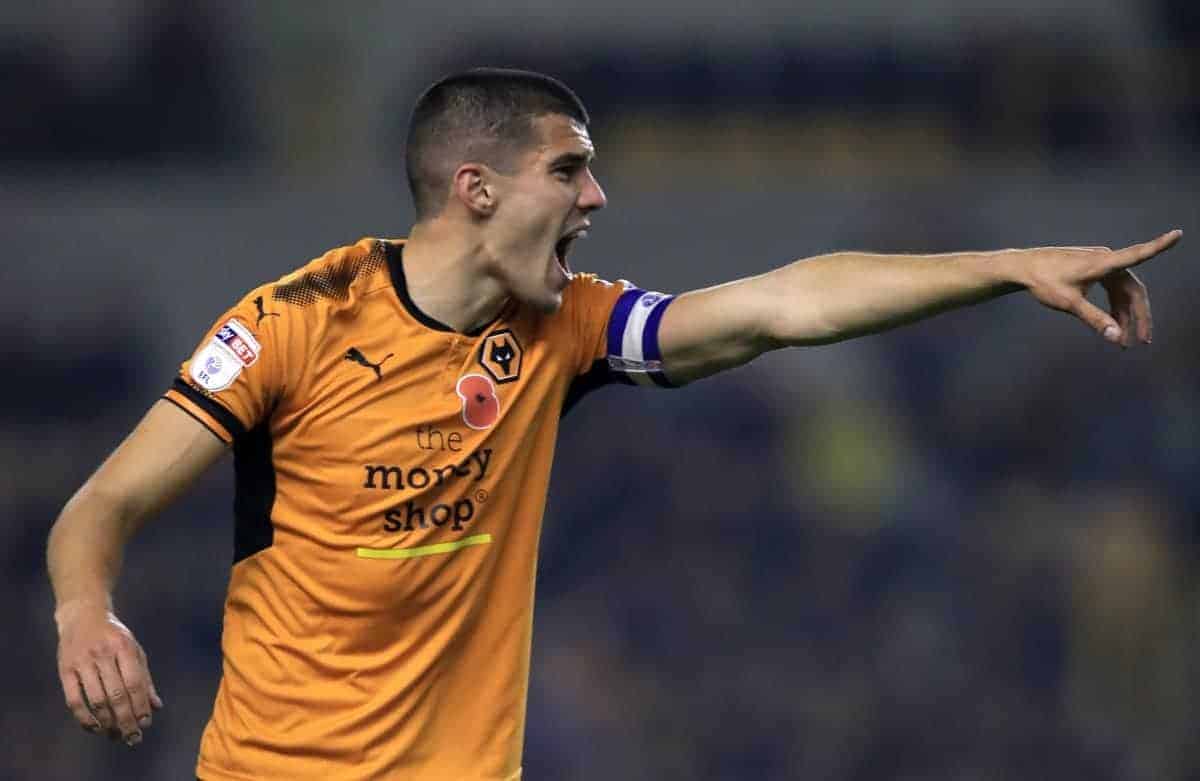 When Conor Coady left Liverpool after nine years in 2014, few could have predicted his rise to leading Wolves to promotion to the Premier League.

It is a sobering reality that not every academy hopeful will establish themselves as a first-team regular, with the path from Kirkby to Anfield particularly demanding.

While Trent Alexander-Arnold has made over 20 appearances in his first full season in the senior setup at Liverpool, 12 other youngsters departed last summer, with four leaving in the winter.

Another batch of talents have stepped up to take their place, with the likes of Adam Lewis, Curtis Jones, Elijah Dixon-Bonner, Ben Woodburn, Rafa Camacho, Rhian Brewster and Liam Millar hopeful of a long-term future on Merseyside.

But as precedent suggests, some among their ranks will not make it with the Reds, so what comes next for those who fail to stake their claim?

Coady’s impressive career path proves that leaving Liverpool is not a death knell even for the most faithful of youths. Born in St Helens, Coady joined the Reds as a 12-year-old in 2005, rising through the ranks at his boyhood club to establish himself as one of their most distinguished youngsters in the early 2010s.

His leadership qualities stood out from an early age, and Coady captained both the Liverpool U18s and U21s, largely operating as a holding midfielder.

At 17, he also led England to glory in the European U17 Championship in Liechtenstein in 2010, donning the armband for a squad including Jack Butland, Andre Wisdom, Nathaniel Chalobah, Ross Barkley and Saido Berahino.

The Young Lions beat a France side featuring Paul Pogba in the semi-finals and a Spain side with Gerard Deulofeu and Jese Rodriguez in the final, with Coady lifting the trophy.

“My dad always told me that communication is a big part of football—it can help you a lot to get players to help you and then you can help others,” he told The Anfield Wrap in 2016.

Coady named Steven Gerrard and Jamie Carragher as his role models as a leader, and after impressing at youth level he was handed his opportunity to play alongside the latter in 2012. With Brendan Rodgers’ side taking on Anzhi Makhachkala in the group stage of the Europa League, Coady started in midfield in a side including three other academy graduates in Wisdom, Jon Flanagan and Adam Morgan.

Liverpool lost 1-0 in Moscow, with future Everton loanee Lacina Traore scoring the winner for Anzhi, but it proved an invaluable experience for Coady.

He made one further appearance for the Reds that season, replacing Philippe Coutinho in the closing stages of a 3-1 win away to Fulham in the Premier League, in what proved to be his last game for the club.

Coady spent the following season on loan with Sheffield United, playing 50 times for the Blades’ first team, before leaving to join Huddersfield Town for £500,000 in 2014.

After impressing at the John Smith’s Stadium, Coady was on the move again, with his £2 million switch to Wolves proving a defining one. Molineux has not proved a haven of stability in recent years, with Coady already having played under four managers since arriving in 2015.

He joined during the reign of Kenny Jackett, previously Rodgers’ assistant manager at Swansea City, before he was replaced by Walter Zenga ahead of the 2016/17 campaign, with the Italian lasting just three months in the dugout.

After that, Paul Lambert was brought in, and the now-Stoke City boss remained in the job for the rest of the campaign, before current manager Nuno Espirito Santo was brought in.

Coady has played a regular role since joining Wolves, with 39 appearances in 2015/16 and 45 the following season, but it is under Nuno that he has truly established himself.

“I really think we can progress the players in a short period of time,” Nuno told reporters on his unveiling, recalling how “last season at Porto, players who were not performing well before went on to have the best seasons of their careers.”

The manager has proved a revelation, and though the influence of Portuguese ‘super-agent’ Jorge Mendes on the club has been called into question, Nuno’s role has been key.

Nuno is among a host of Mendes’ clients currently under contract at Wolves, along with key players Ruben Neves, Ivan Cavaleiro and Diego Jota, but Coady has still provided the club’s backbone.

This is a credit to Nuno, who has adopted a 3-4-3 formation complete with a change of role for Coady.

Since stepping back from midfield into the heart of defence, the 25-year-old’s form has improved dramatically, as Wolves Academy editor Andrew Hipkins (@Wolves_Academy) told This is Anfield:

“The majority of Wolves fans, including me, didn’t see a future for Coady before Nuno.

“From day one in pre-season, it was obvious that Nuno liked to play three central defenders, choosing to play Conor as the central player of a back three.

This positional shift has taken advantage of Coady’s natural defensive sensibilities, as well as the organisational qualities nurtured at Melwood.

Perhaps most eye-catching, however, has been his ability to dictate play from the back, with his passing range providing Wolves with an added edge in their Championship title challenge:

His assist for Helder Costa’s opener in the 3-1 win over Burton Albion, a 50-yard pass from defence to attack, provided the perfect example of his creative nous.

That victory pushed Wolves closer to promotion, with Coady poised to finally fulfil his top-flight potential.

The Long Route to the Premier League Despite leaving Liverpool three-and-a-half years ago Coady still enjoys a strong affinity with the club, often working with LFCTV and joining Alex Inglethorpe on the touchline for the U18s’ 2-1 win away to Wolves in December.

There is no resentment after close to a decade of service, but the next time he takes to the field at Anfield is likely to be in gold and black.

Impressively, he could well lead Wolves out too, with Coady wearing the captain’s armband for much of the season as Nuno phases out appointed leader Danny Batth.

“Coady has been captain for the majority of the season and I don’t see the situation changing while Nuno is the manager and continues to play three at the back,” Hipkins argued.

And he would likely be given the support of his team-mates if he takes over as full-time captain, with goalkeeper John Ruddy hailing his leadership back in February.

If Coady does retain his focal role as Wolves take the step back up to the Premier League, he will provide the ultimate example for the Liverpool academy’s near-misses.

Though he dreamed of a career with the Reds in the top flight, next season could be a close second.