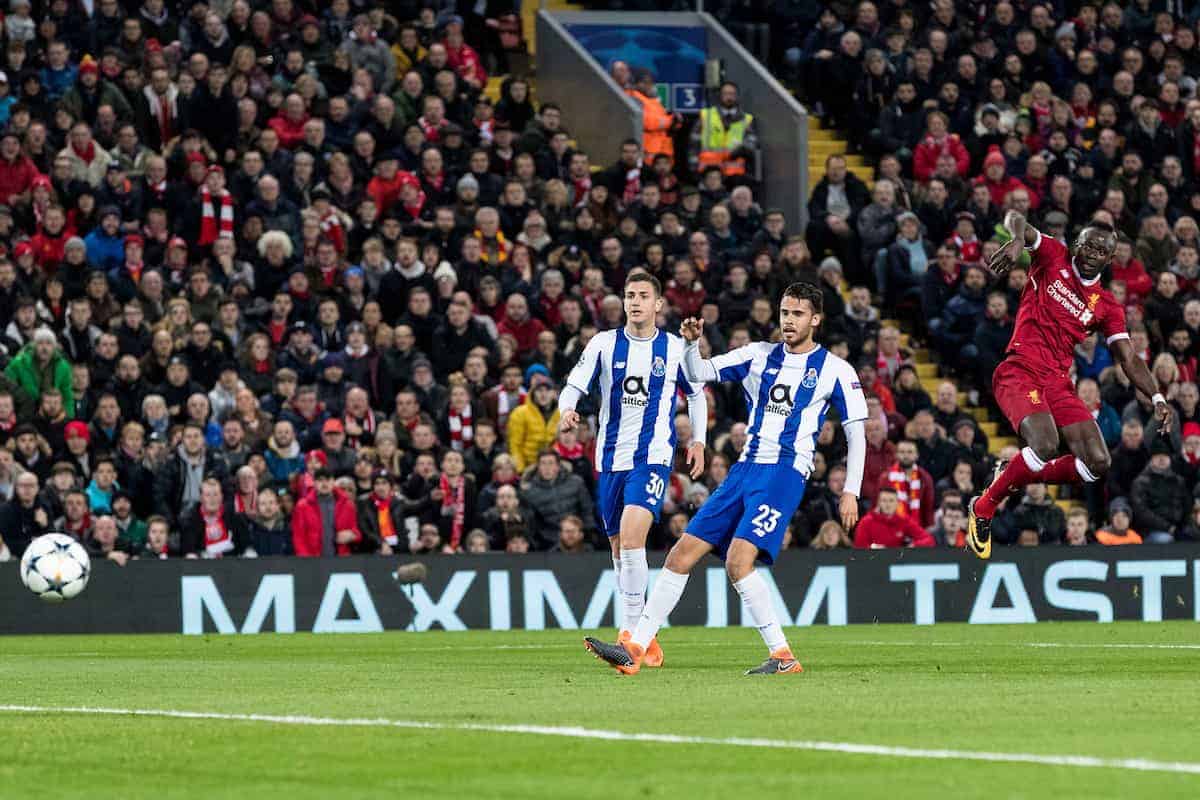 Liverpool and Porto played out a drab goalless draw on Tuesday, but progression to the Champions League quarter-finals was all that mattered for the Reds.

It was never going to be a classic, with the tie effectively put to bed at Estadio do Dragao three weeks ago.

Chances were few and far between at Anfield, although Sadio Mane did hit the post in the first-half and substitute Danny Ings was denied by Iker Casillas in the final minutes.

The stalemate means Jurgen Klopp‘s side progress to the last-eight with a 5-0 aggregate triumph, and they can now await a meeting with a European heavyweight in the next round.

Here’s how supporters reacted to the game on social media. It was a fairly slow game of football, and fans couldn’t ignore that fact……

Probably the most boring 90 minutes of football you'll ever sit through.

tough to want to spend a few hours on an infographic for that.

You know it's been a desperate game when someone is shouting for Lovren to shoot. Especially when the defender was on the halfway line

“We’ve got what we want, Porto got what they want… all in all calm 0-0 and everyone is pleased. A game to forget.”

The most 'one team recorded a 5-0 advantage away from home in the first leg of this tie' game of football that I ever did see pic.twitter.com/CB8cOfY9JG

Tedious to watch, but the perfect performance ahead of our trip to Old Trafford. Slightly concerned that Henderson seemed to have an ice pack strapped to his leg at the end there, mind. #LFC

Thank God that match is over what a boring match that was , like watching paint dry , I've been to funeral that were more entertaining then that match #LFC #LIVPOR #UCL

There were a few Man of the Match contenders, on a night when nobody shone too bright……

“Moreno my MOTM. Don’t think any other player really stood out as being above average (probably Ingsy the only other). Karius will likely get the obligatory ‘there was no-one else’ vote, but he made a single save in 93 mins which really wasn’t going to influence the tie.”

– Scott Jones on the forum. Once the final whistle blew, thoughts were already turning to the quarter-finals……

Quarter Finals here we come. Not thrilling but game was won in 1st leg. Reds did what they needed to do. Walk on.

Liverpool football club back in the quarter finals of the Champions League. It was a formality, but feels good. A solid job, nice pace, sets up the side for United well. No complaints. #LFCdigest

“I want either Roma/Shaktar or Madrid. No English team please or Barcelona.”

Who do we want in the quarter finals then? I'd take any of the English clubs tbh. Shakthar would be nice ?

Well done @LFC for reaching the 1/4 final of the @ChampionsLeague , going from strength to strength. Bit of luck with the draw and we keep on dreaming #YNWA