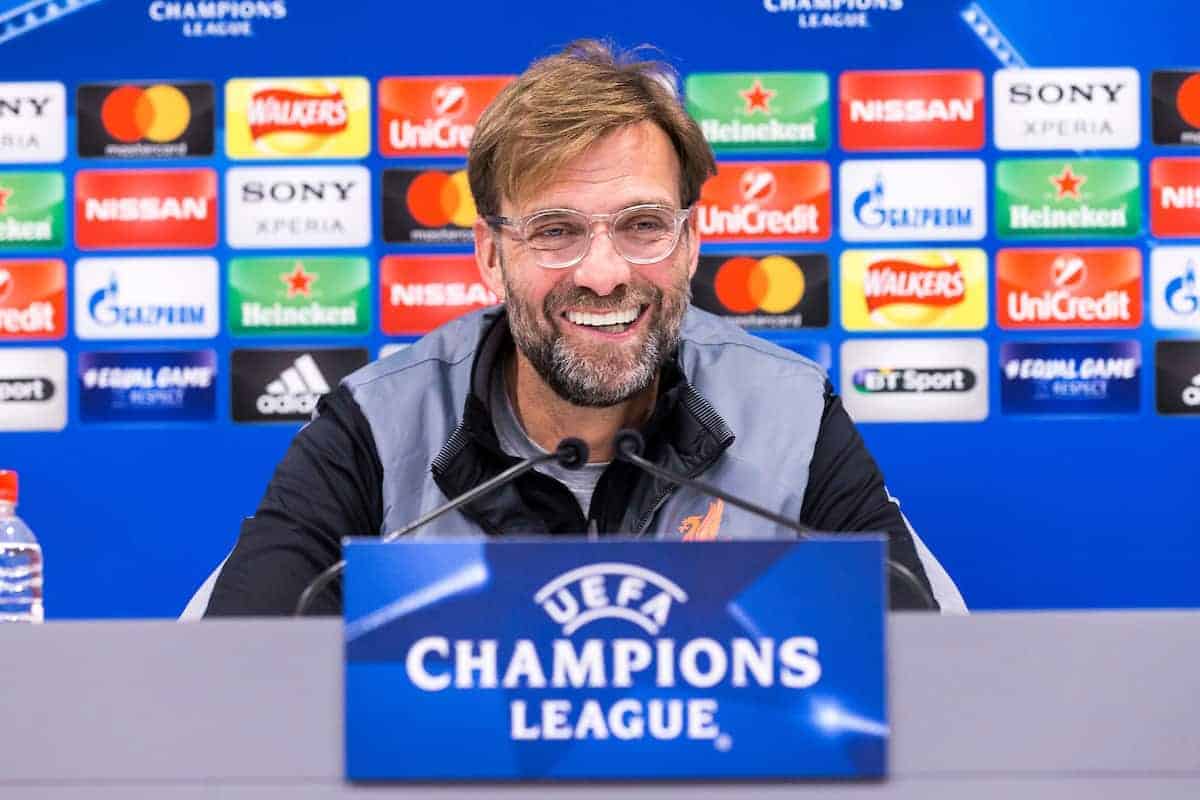 Jurgen Klopp is likely to make “one, two or three changes” to his Liverpool lineup for Tuesday night’s Champions League clash with Porto.

The Reds hold a dominant aggregate lead over their last-16 opponents heading into the second leg at Anfield, after winning 5-0 in Portugal last month.

With a potentially season-defining trip to Old Trafford to take on Man United to come on Saturday, Klopp is widely expected to rotate his side in midweek.

But while the manager has maintained his stance that he won’t make wholesale changes, speaking to reporters at Melwood on Monday he did admit some alterations are likely.

“I haven’t made a decision so far. It’s about bringing in fit players,” he explained.

“We are in the moment in the league where we all have to deliver, play constantly, stuff like that.

“You don’t rotate to avoid something, you only use the players that are in the best shape.

“If it will be a different lineup to Saturday I don’t know, but it would only be because we want to win the game.

“That’s what I meant when I said we won’t rest players, we may make one, two or three changes, but only to win the game.” Given the quick turnaround between Saturday’s 2-0 win over Newcastle United and the visit of Porto, Klopp has little opportunity to prepare his side on the training field.

And detailing the week’s schedule he gave further indication that some of those who turned out against the Magpies could be left out on Tuesday night.

“We won the game in quite an impressive way, that’s true. We were very, very effective that night: six shots on target, five were in,” he said of the previous victory over Porto.

“But we respect Porto too much and respect the competition too much to think about real rotation or whatever.

“We had the game on Saturday, and it was an intense game. We had a few knocks, things here and there, ill players before that so I haven’t made the decision yet.

“Yesterday we trained with nine players, today is a secondary recovery [day].

“Tomorrow is a little session with a few tactical things, [then] a video meeting with the boys to prepare ourselves for the game.

“We want to win the second half of the game, that’s all.”

Porto are missing a host of their key players for the clash in Alex Telles, Danilo, Soares and Moussa Marega, providing the Reds with a further boost as they push for the quarter-finals.