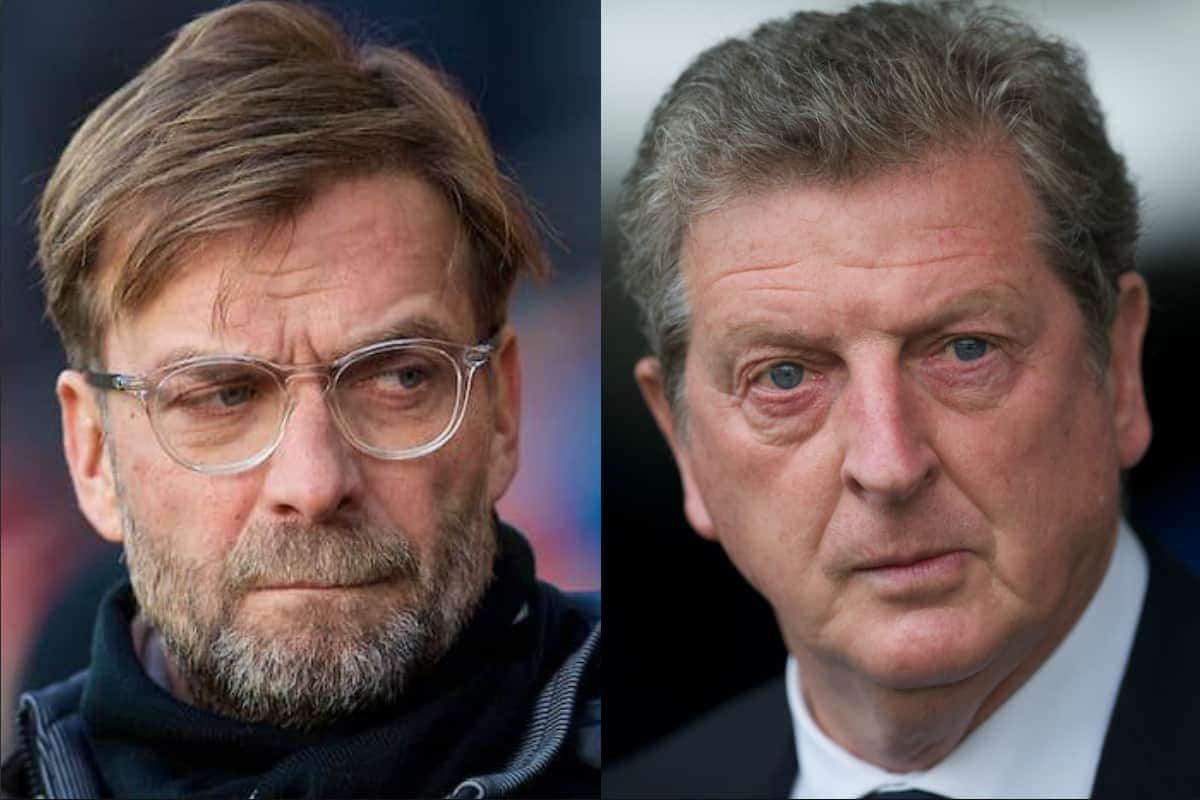 Jurgen Klopp celebrates his 100th Premier League game with Liverpool in Saturday’s clash with Crystal Palace. Here are all the key stats and facts.

This will be Jurgen Klopp‘s 100th league game in charge of the Reds. He has overseen 53 victories in the previous 99.

It was the first time both centre-backs had scored in the same league game for the club since 1968.

The Reds have won the last two visits to Selhurst Park—they have never won three in a row at the ground in the league though have emerged victorious in their last three away clashes in all competitions. Liverpool have kept one clean sheet in the last 14 league and cup meetings with Palace home and away, and the one they kept back in August was their first in the league since 1997.

At Selhurst Park Liverpool have kept one clean sheet in the last 10 league visits—a 3-0 victory in 1997.

Nathaniel Clyne played 137 times for Palace in four seasons scoring once before joining Southampton in 2012.

He last played for the Reds on the final day of last season in the 3-0 victory over Middlesbrough.

Mo Salah is one goal away from equalling the Premier League record of most goals scored in a season by an African player. Didier Drogba found the net for Chelsea on 29 occasions in 2009/10.

The Egyptian has scored 10 goals in his last seven league appearances.

Liverpool have not suffered successive away league defeats since February 2017 when they went down at Hull and Leicester.

Each time this season that the Reds have lost on the road in the league, they have won the next time they have gone away from home.

Last season on the way to clinching a top-four finish Liverpool won their last four away games, conceding only once.

The Reds are aiming to record back-to-back top-four finishes for the first time since 2008/09. In his nine career games against the Reds he has scored seven times including both in Palace’s 2-1 Anfield win last season.

He has netted six in the league—only eight players have scored more against Liverpool in the Premier League era.

Mamadou Sakho could face Liverpool for the first time since leaving Anfield. He played 80 times for the Reds in all competitions, scoring three times.

Diego Cavalieri, signed by Palace recently, played 10 times for Liverpool (2008-2010), though none were in the Premier League. As Liverpool manager from July 2010 to January 2011 Roy Hodgson won 13 of 31 games in charge losing 10, including a League Cup penalty shootout to Northampton. In the league he won seven of 20.

Hodgson will be the fourth different Palace manager to face the Reds in the last four meetings following Alan Pardew, Sam Allardyce and Frank de Boer.

Hodgson has managed in 10 games against Liverpool, winning three, drawing four and losing three while with Blackburn, Fulham and West Brom.

His last win came in his last game when he steered West Brom to a 1-0 victory at Anfield in April 2012.

They have been beaten 15 times in the top-flight this season, but nine of those have been by an odd goal.

Palace have kept one clean sheet in the last eight league games, conceding 15 goals in that sequence.

Only once before this season have they kept successive clean sheets: November/December against Brighton and West Brom.