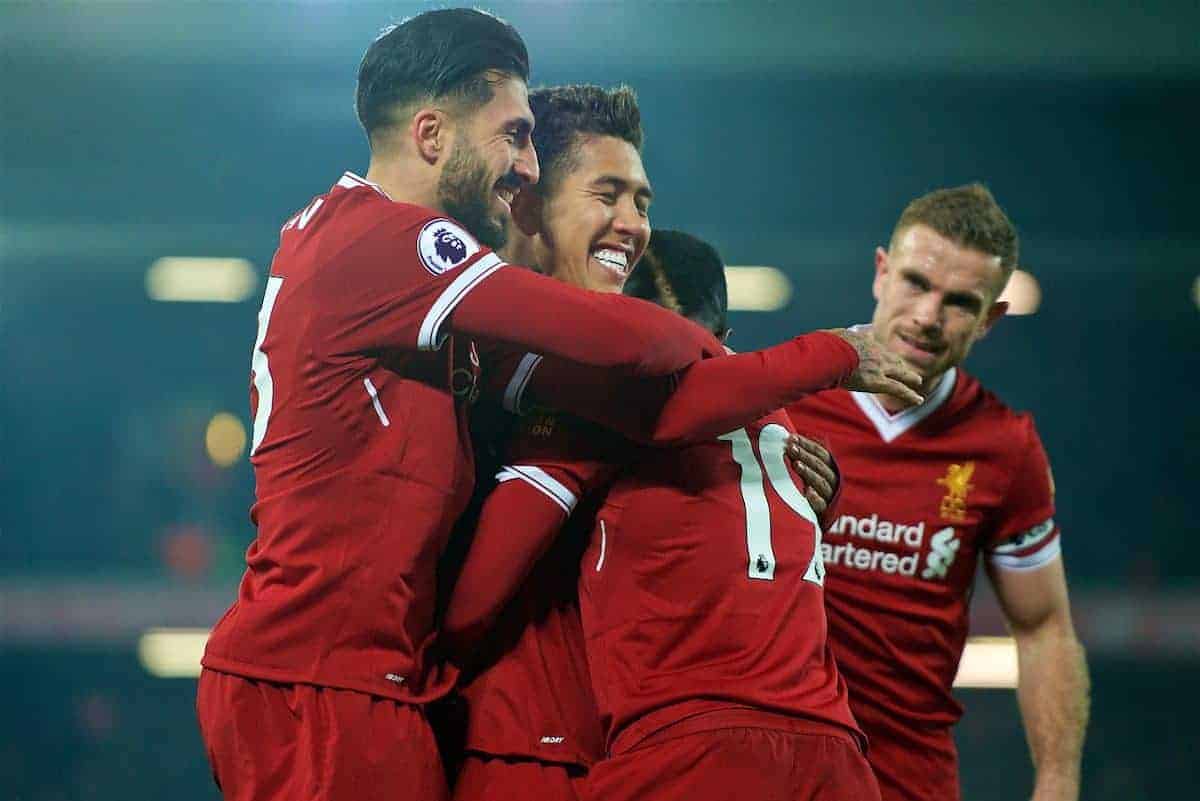 Liverpool forward Mohamed Salah’s goalscoring exploits continue to steal the headlines but it is the team behind him which is impressing manager Jurgen Klopp.

The Egypt international scored his 32nd goal of the season in a comfortable 2-0 win over struggling Newcastle and he tormented Jamaal Lascelles so much he could have had a penalty and got the Newcastle captain red-carded in the closing stages.

However, the driving run by Alex Oxlade-Chamberlain created Salah’s goal while an incisive rapid passing movement, topped by a brilliantly threaded through-ball by Roberto Firmino, was the key to Sadio Mane scoring after the break.

That second goal, almost instinctive with the way the ball was pinged around, highlighted the argument being made by Klopp, who admits he did not have a goal target for Salah when he signed him from Roma in the summer.

“I had no numbers in my mind. We knew he was a very offensively-orientated midfield player. If you are that then you need goals from players like this,” he said after the Egyptian scored in his 26th competitive match, a return better than anyone in Europe’s top five leagues.

“I love the goals he scores, I love his assists. I really love this player, how he is doing so well and thank God he is still healthy and fit.

“But all the others have exactly the same importance. He knows he needs a pass: he cannot get a ball in midfield and then run forward to be free in the box it is not possible so it was a world-class situation from Ox.

“The pass from Roberto Firmino I would have a ligament injury in my ankle if I tried that. It was good teamwork in football and I love that the most.”

The contributions of Oxlade-Chamberlain and Firmino deserve a mention as does goalkeeper Loris Karius who had only two shots to save but the second, in first-half added time, was a superb tip over from Mohamed Diame.

It was a key moment and one Klopp felt the goalkeeper was now justifying the decision to make him first choice.

“I wouldn’t say we didn’t have no chance afterwards to win the game but if the ball goes in it changes the game for sure. It was like scoring to be honest,” he added.

“If he is not a good goalkeeper I would be the biggest idiot in world football if I lined him up.

“The start was not so good and then people make their assessment immediately.

“For a goalkeeper timing is very important: the best thing is not to make a mistake in the first 50 games and then people think you are the best and you can then be responsible for three goals in a row and people will still think you are world class.”

Newcastle boss Rafael Benitez, warmly received by an Anfield crowd which still reveres him for his 2005 Champions League victory with the club, admits it is coming matches against their fellow strugglers which will determine their Premier League future.

“To come here (to Newcastle) to try to get points, it doesn’t matter which teams are coming up or who you face, you have to win games,” he said.

“Southampton will be dangerous, they are struggling but they are a very good team, Huddersfield are very dangerous, it doesn’t matter that you are home.

“It would be a massive achievement for everyone (to survive) because we are still a way from it.

“We need to just concentrate on every game.”