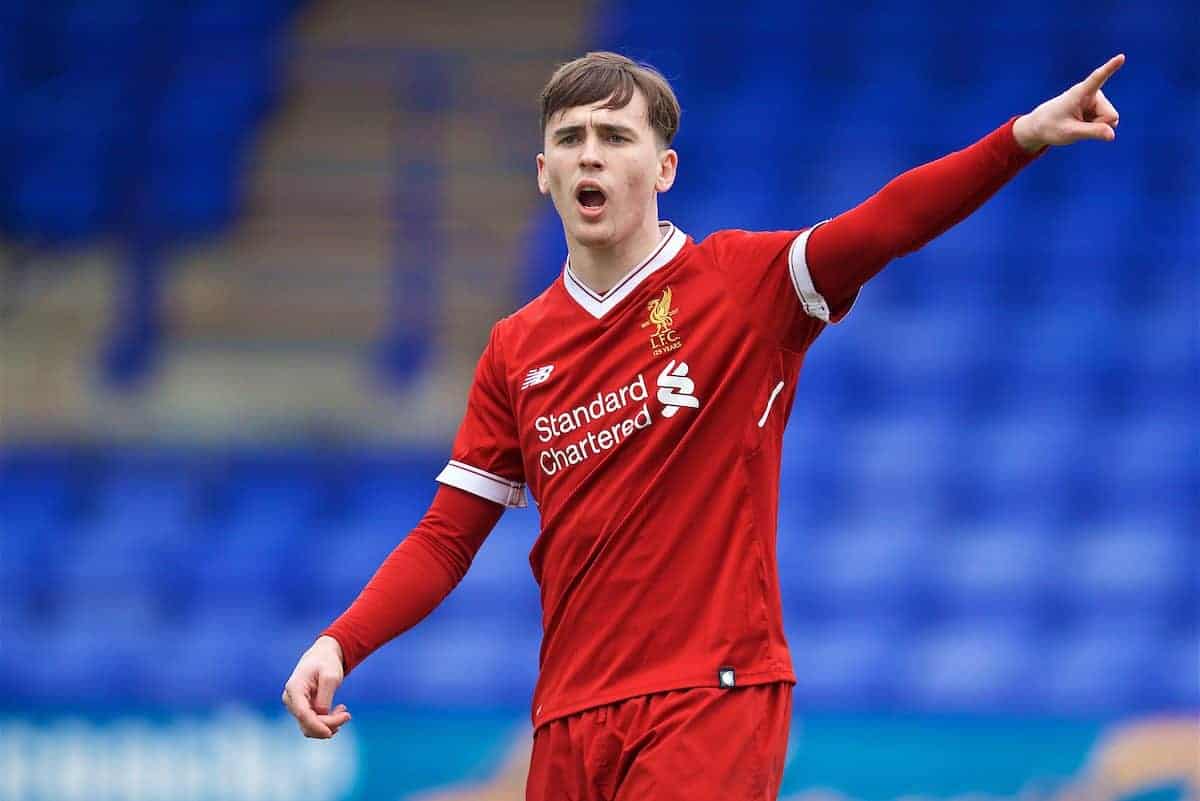 Liverpool U23s striker Liam Millar has received his first call-up to the Canada senior squad, in another major step forward for the 18-year-old.

Millar joined the Reds from Fulham in 2016, and after a quiet first season on Merseyside he has broken through to enjoy an excellent campaign in 2017/18.

With Steven Gerrard taking over as U18s manager last summer, Millar rose to the fore as the club legend’s leading striker, following Rhian Brewster‘s step up to the U23s squad.

He scored 11 goals and assisted a further seven in 13 appearances for Gerrard’s U18s in the first half of the campaign, as well as two goals and three assists in six outings for the U19s.

Following a host of departures from the U23s setup, and a season-ending injury to Brewster, Millar has become a regular under Neil Critchley, registering two assists in eight games this year.

At 18, this comes at the perfect time for Millar, who was name-checked by Jurgen Klopp as part of Liverpool’s “next generation” last month.

And now the teenager has been named in new Canada manager John Herdman’s first senior squad for this month’s friendly clash with New Zealand (March 24), which Millar described as “a dream come true.”

“When I got the email from the coach I was quite shocked because I didn’t really expect it and it was kind of just out of nowhere,” he told LiverpoolFC.com.

“It’s always been a dream of mine to represent Canada because it is my country, where I was born and raised.

“It’s one of the main things I dreamed about when I was a kid so it’s a dream come true.” Millar, at just under three weeks older than Ben Woodburn, is likely to be the second-youngest Liverpool player taking part in senior internationals this month.

And though Canada (89th) are considerably lower than Wales (20th) in the FIFA world rankings, and Herdman has a near-impossible job on his hands pushing them up the table, this is still a landmark for Millar.

He is by far the youngest player in the squad, and is one of only 11 players to receive a call-up that is currently operating outside of either Canada or the United States.

Along with defenders Derek Cornelius (FK Javor Ivanjica) and Marcus Godinho (Hearts) he is one of just three players without a cap for his senior side, in a big show of faith from Herdman.

Though he faces considerable competition from active leading goalscorer Tosaint Ricketts and the impressive Cyle Larin, the hope will be Millar gets his chance against New Zealand.

If he does, his performances for Liverpool this season suggest he will be able to take his chance and run with it.