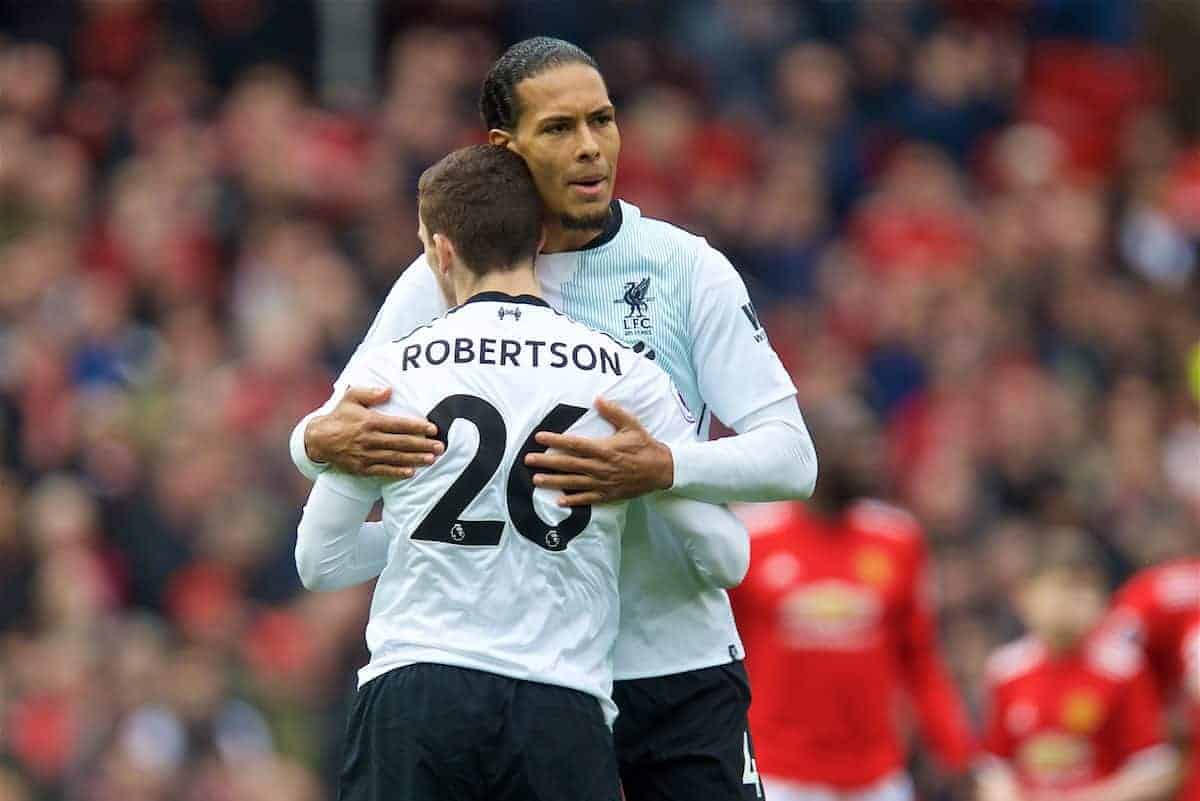 Liverpool’s hopes of finishing second in the Premier League took a blow as they fell to a 2-1 defeat away to arch-rivals Man United on Saturday.

A first-half brace from Marcus Rashford was enough to consign the Reds to their first loss since the end of January, with Eric Bailly’s own goal a mere consolation.

After a bright run that saw Jurgen Klopp‘s side seal their place in the quarter-finals of the Champions League and keep up with the likes of United and Tottenham in the table, this was a blow.

Klopp will now look for an immediate response in next Saturday’s home clash with Watford, and he could make changes following some poor performances at Old Trafford.

But who bore the brunt of criticism from journalists and supporters, as well as on a statistical level?

Below we compare our ratings with those of the Liverpool Echo, the Mirror, the Mail, Sky Sports, ESPN, The Anfield Wrap, Anfield Index, The Redmen TV and WhoScored: It is no surprise to see Trent Alexander Arnold (4.4) and Dejan Lovren (4.5) rated the lowest of Klopp’s side, given their involvement in both of Rashford’s goals.

Interestingly, Alex Oxlade-Chamberlain (5) is not far ahead, as despite enduring a quiet first half the England midfielder did grow into the game before being questionably replaced on 62 minutes.

Oxlade-Chamberlain, Alexander-Arnold and Lovren all received ratings of three out of 10 or lower from at least one publication, as did Mohamed Salah (5.2).

Salah was brought on in the closing stages of the midweek draw with Porto, and this brief jaunt seemingly stalled his momentum, as he was decidedly muted in Manchester.

The overwhelming standouts were Andrew Robertson (6.3) and Roberto Firmino (6.3) however, with the pair both awarded seven out of 10 at least three times.

Surprisingly, WhoScored’s evaluation saw Lovren deemed the fourth-best player in Klopp’s starting lineup, and the best of his back four, with 6.91.

Alexander-Arnold was less fortunate, rated at a lowly 5.84, the second-worst behind Karius, and the 19-year-old will be hoping for another start against Watford in order to address his poor display.