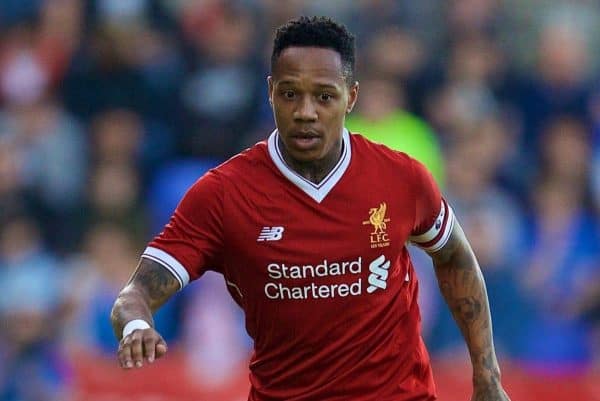 Liverpool’s U23s succumbed to a 3-1 defeat away to Middlesbrough U23s on Wednesday evening, as they crashed out of the Premier League Cup in the last 16.

Neil Critchley made seven changes to the side that lost 2-1 at home to Man United last Friday, but the most notable addition was Nathaniel Clyne.

The right-back has not played at all for the first-team this season because of a back injury, but this was another major step in the right direction.

With many players away on international duty, Adam Bogdan earned a surprise start in goal, and Tony Gallacher, Matty Virtue, Bobby Adekanye, Yan Dhanda and Toni Gomes also came in.

A win at Bishop Aukland would have secured a place in the quarter-finals.

Liverpool’s youngsters found themselves 1-0 down with just 45 seconds on the clock thanks to a superb effort by Mitchell Curry.

Luke Armstrong almost poached a second for the hosts a few minutes later, as the Reds made a very shaky start to proceedings in the north east.

Virtue headed harmlessly over the crossbar, in what was Liverpool’s first opportunity of note, and former Reds defender Tom Brewitt missed the target for ‘Boro. after arriving at the back post.

Clyne was a solid presence at right-back, but the 26-year-old did make one poor error of judgment with a header, allowing Robbie Tinkler to shoot over.

Adekanye hit the target, Rafa Camacho curled narrowly wide and Virtue forced Zachary Hemming into an excellent save, as Liverpool looked to respond before the interval.

The visitors were soon 2-0 down, though, as Bogdan produced a howler. The Hungarian dropped a routine catch, and Curry was on-hand to fire into an empty net.

Hemming again denied the lively Camacho, and just before the break, Dhanda’s free-kick flew agonisingly wide of the target.

Critchley’s side huffed and puffed in the early second-half exchanges, but just before the hour mark, ‘Boro were out of sight.

Curry completed his hat-trick, with his finish creeping past the dive of Bogdan, who again didn’t exactly cover himself in glory.

It wasn’t to be, though, and there was still time for Curry to blaze a penalty over with an effort Charlie Adam would have been proud of.

It is time to focus on Premier League 2 commitments again.