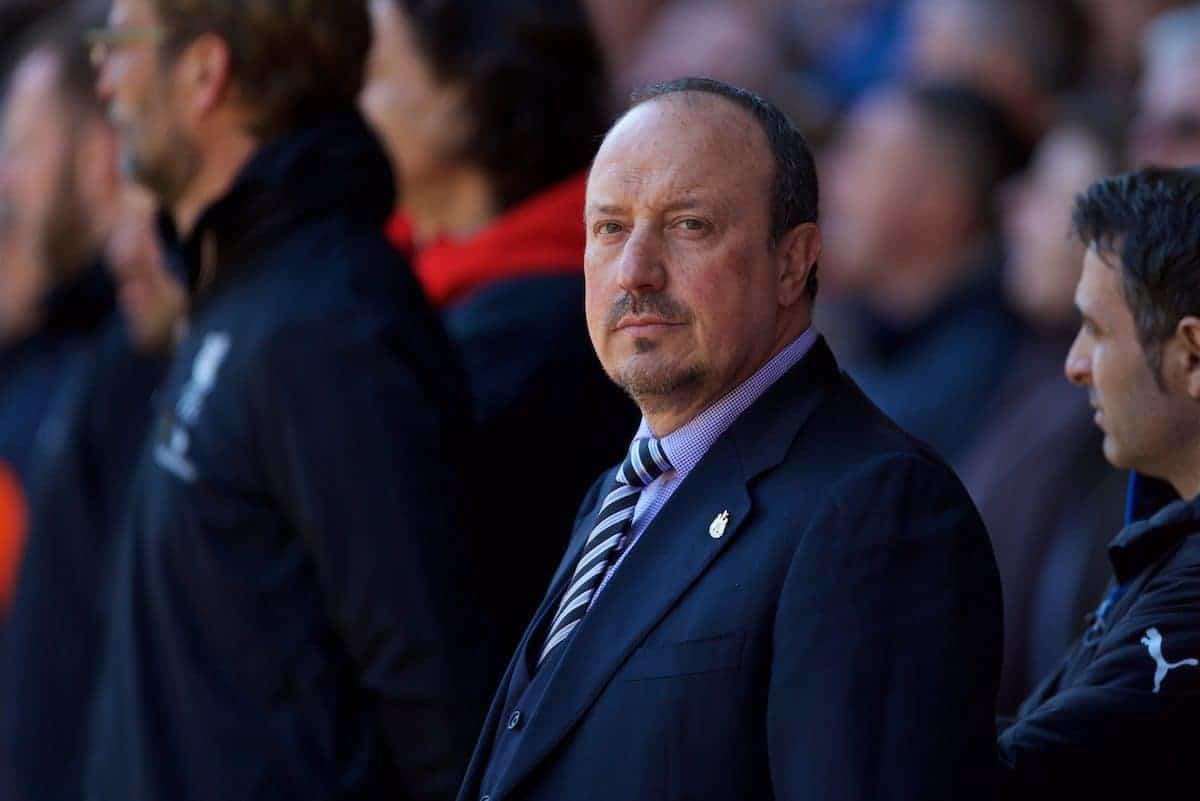 Rafael Benitez has admitted Liverpool will have to win something before they can be regarded as a great team.

The Spaniard, who guided the Reds to Champions League glory in 2005 during his six-year reign at Anfield, returns as Newcastle boss on Saturday to take on Jurgen Klopp’s high-flying side.

Liverpool currently sit third in the Premier League table having lost only once in the league since October, and are odds-on to reach the Champions League quarter-finals having trounced Porto 5-0 in their own back yard in the first leg of their last-16 showdown.

But despite their thrilling brand of football, Benitez, who guided the club to a second-placed Premier League finish in 2009, insists the current generation need to land silverware if they are to be considered alongside their illustrious predecessors.

He said: “We won four trophies, we played three finals, we reached the semi-final of the Europa League, so the time that we were there with the results that we had, we did well and the people remember that.

“When you are doing well, that is important. The way you do things is really important and after, you have to win. But I think that they have the potential to do it.” Despite winning the Champions League with a remarkable fightback in Istanbul, Benitez insists his Liverpool team only reached their peak several years later.

He said: “Everybody knows it was a team that needed to improve to win the Premier League and we were improving later on.

“The best team we had at this time was the team that finished second in the league with 86 points. We had [Fernando] Torres, [Steven] Gerrard, [Javier] Mascherano, Lucas Leiva – everyone was doing well. We were building something for years.

“In the first year, we played the final of the Carling Cup and we won the Champions League, but this team was not ready yet.

“People say we were lucky in the final but no, we did really well to get there, the team was working very hard tactically. But in terms of quality, we had more of that two or three years after.”