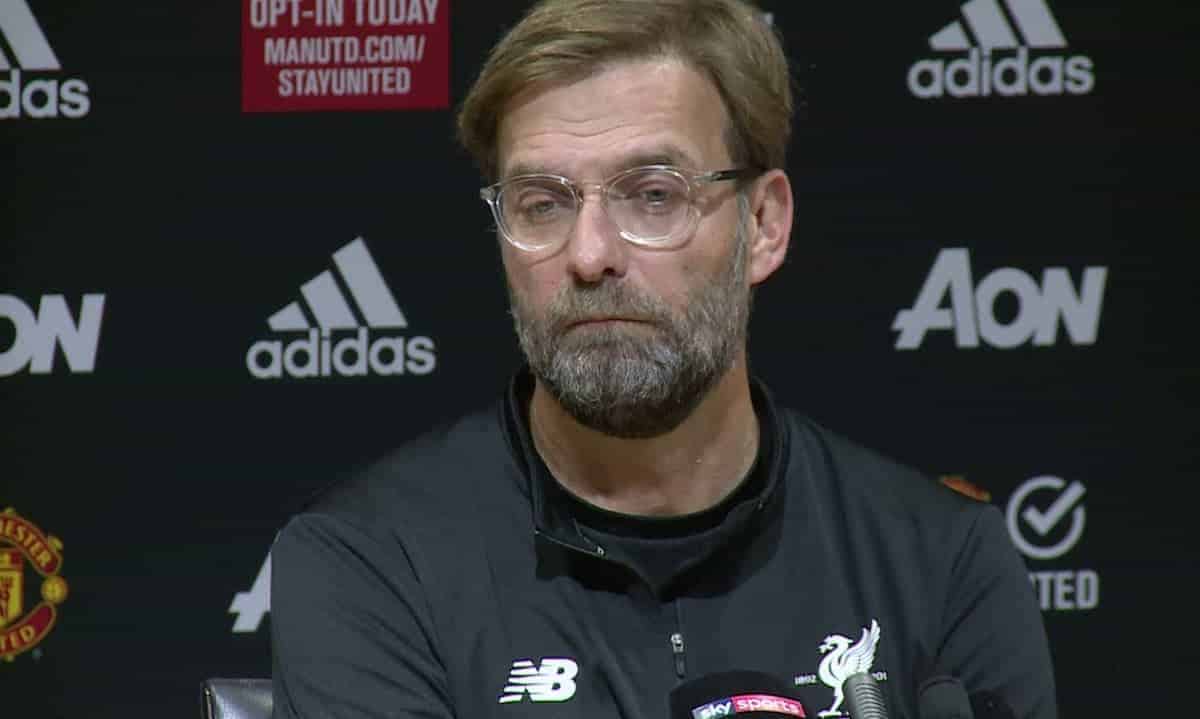 Two first half goals in almost identical fashion from Marcus Rashford ultimately inflicted defeat on Klopp’s side at Old Trafford, despite a spirited second half performance.

“In the situations around the two goals, it was not like it should be – you cannot leave a player alone,” assessed Klopp.

“With Romelu Lukaku, he can win the headers sometimes – we did it afterwards [won the headers], but in these two situations we didn’t.

“You need to be there, everyone knows that and we trained that of course, around second balls where we had to be – but we were not there. They scored twice and that has a big influence on different things in the game – one team gets a big boost, the other one a big blow.”

Klopp was happy with his side’s response, saying: “Everything can happen if you are 2-0 down that early, a third or fourth – then it’s a disaster. We made not the best of it but we made something of it.”