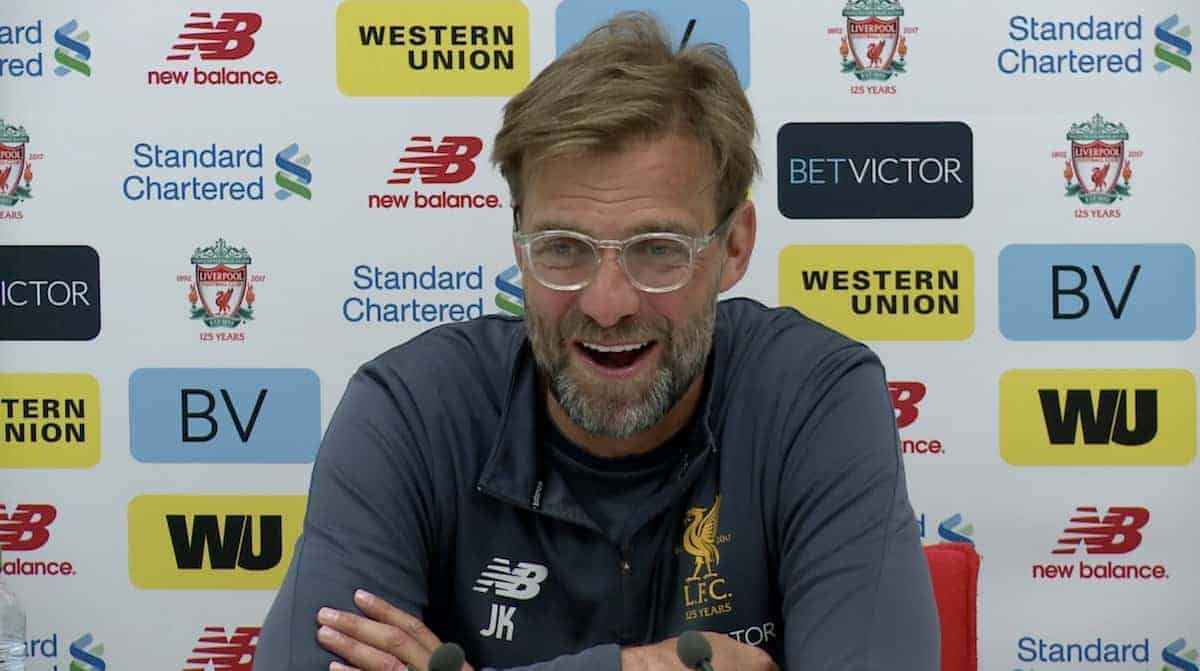 Watch as Jurgen Klopp previews Liverpool’s Premier League trip to Crystal Palace on Saturday, with the boss promising his players will remain focused.

After two weeks without a game, the Reds are back in action this weekend, as Jurgen Klopp‘s side look to go second in the table, for the time being at least.

The business end of the season is now in full flow, and three points at Selhurst Park would be another significant step in the right direction.

Klopp spoke to reporters on Friday afternoon, and in a fairly low-key press conference, the 50-year-old said beating Palace is just as important as Wednesday’s Champions League quarter-final against Man City.

“We will play Palace with all we have, with all intensity and concentration,” Klopp said.

“Both games are about qualification for the Champions League, one is for next year and one is for this year. They have the same importance, no difference for us.”

The manager has also confirmed that both Joe Gomez and Emre Can will be unavailable on Saturday, but Nathaniel Clyne is back in contention.

“Clyney is fit. He played for the Under 23s during the international break and will be part of the squad tomorrow, at least,” he added.

A win would Liverpool would take them five and 10 points clear of Tottenham and Chelsea respectively, with the two London clubs doing battle at Stamford Bridge on Sunday.

A strong starting lineup is expected, despite the City game lurking on the horizon, with Mohamed Salah, Sadio Mane and Roberto Firmino all fit.