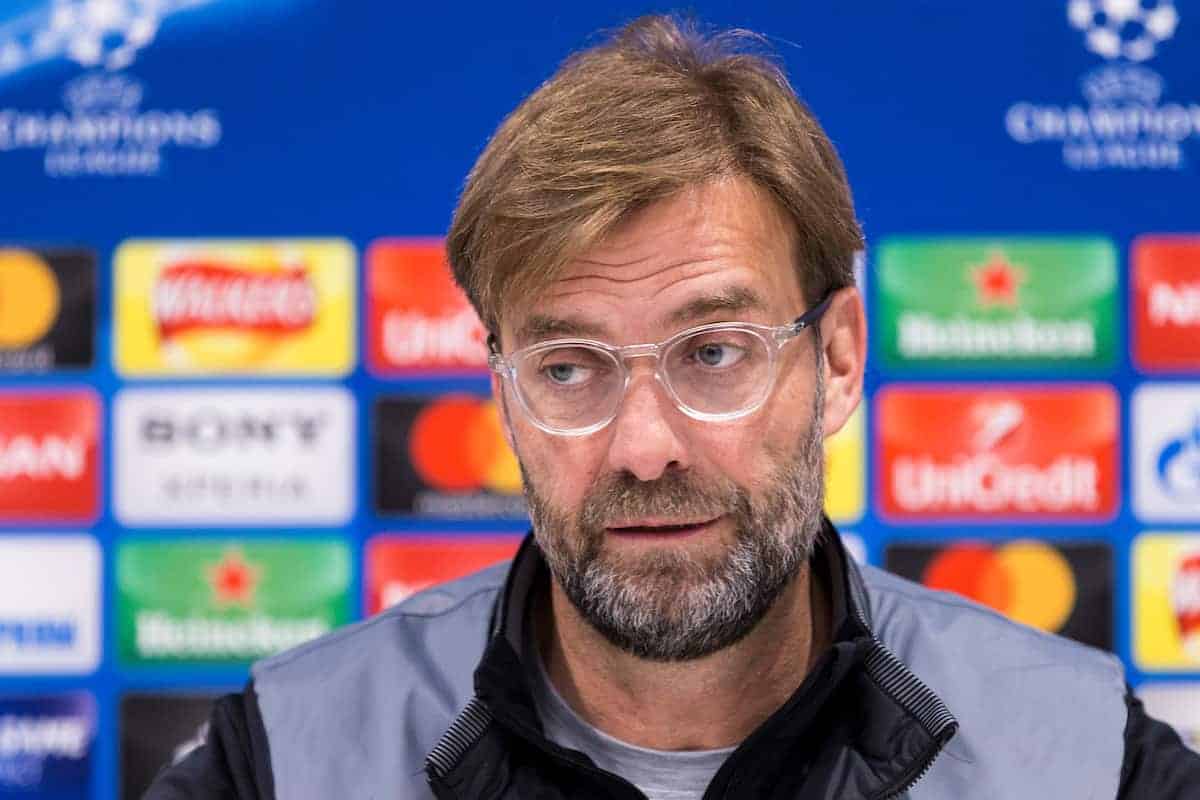 Watch as Jurgen Klopp previews Liverpool’s Champions League last-16 decider against Porto, with the Reds favourites to reach the quarter-finals.

Having won 5-0 at the Estadio do Dragao last month, Klopp’s side would need to endure an unprecedented capitulation to drop out of the tournament on Tuesday night.

Striking top form at the business end of the season, Liverpool are shifting from Champions League dark horses to one of this term’s European powerhouses.

But speaking to reporters at Melwood on Monday afternoon, Klopp stressed the need for focus in their second-leg clash.

“I know that Porto have a few injuries: Telles is injured, Soares is injured I think, Marega from the last game, maybe,” he said.

“I expect a strong lineup. I expect they want to show a real reaction, hurt us in a football way. Nothing else.”

Klopp also discussed the form of Jordan Henderson, saying “when he is fit he is a really, really strong football player.”

And he gave an insight into his plans for rotation, explaining that “we won’t rest players. We may make one, two or three changes, but only to win the game.”

The Reds take on Man United at Old Trafford on Saturday, in arguably the biggest game of their Premier League run-in, but for now the main aim is another victory over Porto in midweek.