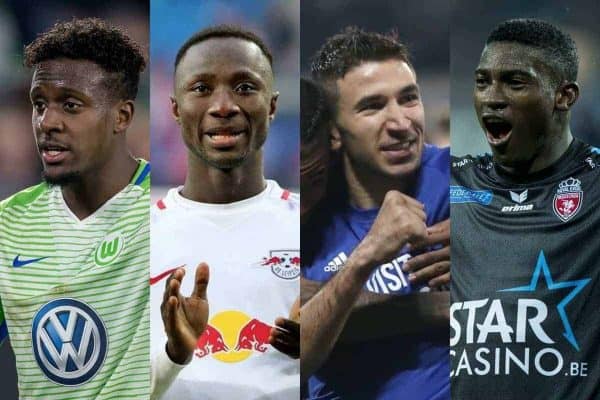 Harry Wilson continued his fine form while Jon Flanagan and Andy Firth impressed on a week which saw only nine Liverpool loanees play.

The borrowed Reds didn’t quite hit the same heights of last week’s impressive form, with this a less-productive seven days.

Here’s how those who did enjoy match action fared.

Wilson was among the goals again…

The Wales international continued his stunning recent form in midweek as he scored his second goal in as many games—and third for Hull overall—to help the Tigers to a 3-0 win at Ipswich.

Wilson shone on the night and doubled his side’s lead just before half-time as he converted a superbly executed side-foot volley from a difficult angle at the back post.

But it ultimately turned into a week of contrasting fortunes for Wilson and his team, who were on the receiving end of a loss by the same score to relegation-threatened Birmingham on Saturday.

The Welshman played 76 minutes of that humbling loss, but was unable to replicate his excellent recent displays on a rare off day at St Andrew’s.

Flanagan has had a difficult season both on and off the pitch, but enjoyed a positive step forward with his best performance for Bolton.

The right-back was in excellent form as part of a faultless defensive unit which kept a surprise clean sheet in an impressive 1-0 win over promotion-chasing Aston Villa on Saturday.

That a clean sheet was preserved came in no small part down to Flanagan, who produced a great block to clear a goal-bound shot off the line late on which ensured his side took all three points.

This heroic defending came after Flanagan himself was denied a first goal for Bolton by a similar clearance up the other end, as his side-foot finish was hacked away as it was heading in.

Flanagan impressed going forward and defensively on the day as he looked much fitter and sharper, and he will hope to continue this form to produce a strong end to the season.

Kopites are counting down the days until Keita’s arrival and the soon-to-be-Red gave another stunning demonstration of what he will bring to Anfield.

Keita first produced an influential display to ease RB Leipzig into the Europa League quarter-finals with a 1-1 draw at Zenit St Petersburg, but he saved his best until last.

Keita put on a show—about which you can read in full here—as he single-handedly ensured Bayern Munich wouldn’t be crowned champions just yet, scoring and assisting to inspire his side to a 2-1 win.

At 1-0 down, Keita drew his team level when he fired home on the rebound from close range to cap off a nice move which he initially orchestrated, as you can see here.

And after the break, Keita produced the groundwork for what proved to be a dramatic winner, sliding in Timo Werner for a one-on-one which the striker finished superbly—as also seen here.

The thought of Keita linking up at Anfield really is mouth-watering.

Academy goalkeeper Andy Firth stood out as the best of the rest this week, as the stopper enjoyed a much better time at Chester with a man of the match display.

After shipping four goals in his first two senior games, Firth kept his first professional clean sheet to help his relegation-battling side earn a point in a goalless draw against high-flying Aldershot.

Fantastic result today against a strong Aldershot team! Great point and nice to keep a clean sheet and be chosen as the MOM!! We go again next weekend at Sutton ????? @ChesterFC #CFC #COYB

Staying on home soil, three Championship loanees were in action including Marko Grujic, who had a difficult but winning week at promotion-chasing Cardiff.

The Serbian produced his worst display so far in a 3-1 win at Brentford on Tuesday as he was at fault for the hosts’ goal, losing possession from which the Bees counter-attacked and scored.

Thankfully the error didn’t prove too costly as his side still took three points, but Grujic was denied the chance to make amends on Sunday as Cardiff’s clash with Derby was postponed.

Meanwhile, it was another tough outing at relegation-threatened Sunderland for Ovie Ejaria, who featured in a 2-0 loss to Preston which kept his side bottom of the table.

And Sheyi Ojo’s recent struggle for action at Fulham continued, with the winger restricted to a late sub appearance in a 2-2 derby-day draw against QPR.

Turning focus to the European Reds and it was Pedro Chirivella who was again the brightest performer as his successful spell with Willem II continued.

Chirivella made his 29th appearance of the season in a 2-2 draw with FC Twente and he caught the eye—not for the first time—with a battling display, making the most tackles and interceptions of any Willem player.

In Germany, Divock Origi unsurprisingly dropped to Wolfsburg’s bench after last week’s humiliation, and he was thrown on for only the dying minutes as his side tried to salvage a draw which they failed to do in a 1-0 loss to Schalke 04.

Finally, Anderson Arroyo made it seven games unbeaten since joining Real Mallorca B, with the Colombian helping keep a fifth straight clean sheet in a 3-0 win over Platges de Calvia.