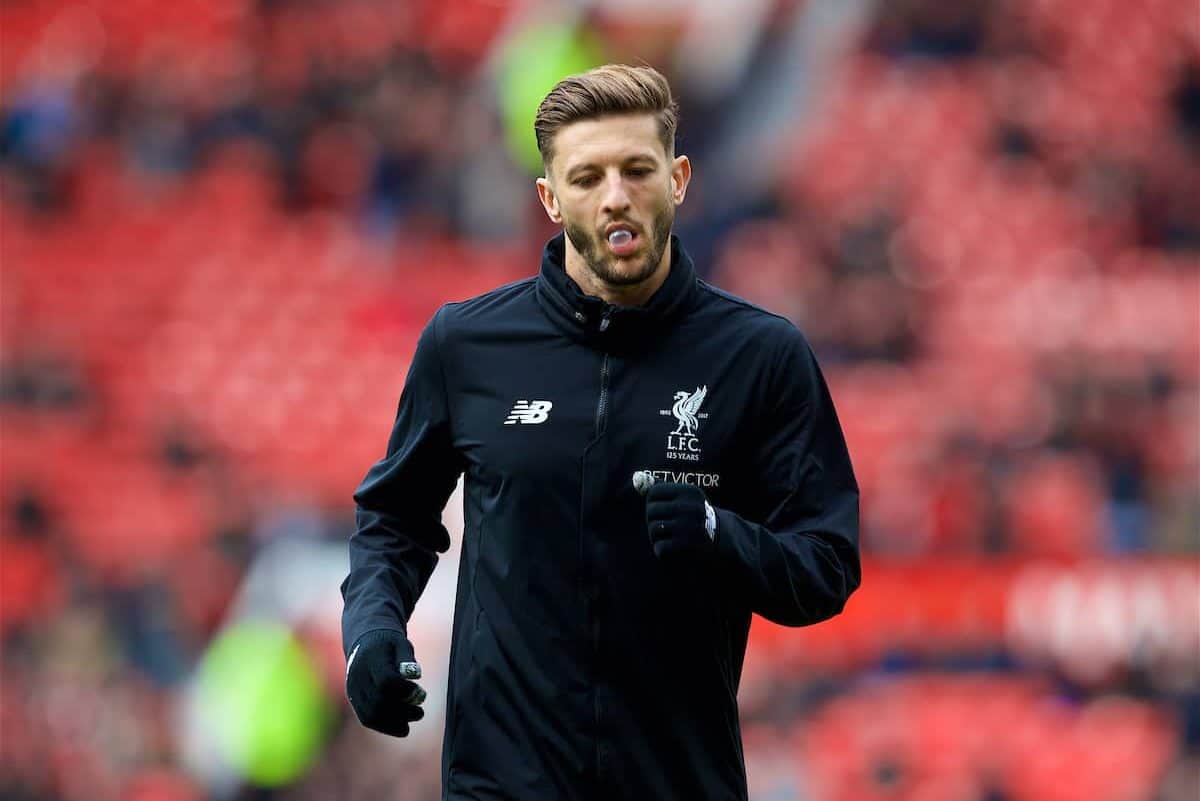 Both Adam Lallana and Liverpool are still hopeful the midfielder can return to action before the end of the season, as his injury treatment continues.

Lallana has not featured since limping off five minutes after coming on in the Reds’ 2-1 win away to Crystal Palace in March, and has played just 380 minutes all season.

After picking up a thigh problem during pre-season the 29-year-old was seemingly rushed back into action on the turn of the year, but this latest hamstring issue is a bitter blow.

Given his lack of game time, Lallana’s chances of making the England squad for this summer’s World Cup are slim.

But according to the Liverpool Echo he is still holding out hope that he could feature for Liverpool before the season’s up.

James Pearce reports that Lallana is currently in South Africa, undergoing treatment at the Sports Science Institute in Cape Town as he bids for a return before May.

Lallana is said to be “desperate to get back fit,” while the club “are leaving no stone unturned in their mission to make that happen.”

This is not the first time Lallana has headed abroad as part of his rehabilitation, having spent time in Qatar back in October as he recovered from his previous injury. It should still be deemed highly unlikely that he plays any major role in Liverpool’s campaign in either the Premier League or the Champions League this season.

The Reds have four more games to play in the league—West Brom (A), Stoke City (H), Chelsea (A) and Brighton (H)—along with two legs of their semi-final clash with AS Roma in Europe.

If they progress to the final in Kyiv to take on either Bayern Munich or Real Madrid, the prospect of Jurgen Klopp throwing Lallana in at the deep end is questionable.

Lallana is among a host of players struck down with injuries at this crucial stage of the season, though both Joe Gomez and Dejan Lovren are expected back in the coming days.

Joel Matip is out for the rest of the campaign, while Emre Can finds himself in a similar situation to Lallana, with Klopp still hopeful they can return.

Nathaniel Clyne missed the 3-0 win at home to Bournemouth on Saturday, but could make his comeback at the Hawthorns this weekend.

Finally, Ben Woodburn was in the matchday squad for the past two games after a lengthy absence, and played 72 minutes as the Liverpool U23s beat Everton 3-1 on Monday night.