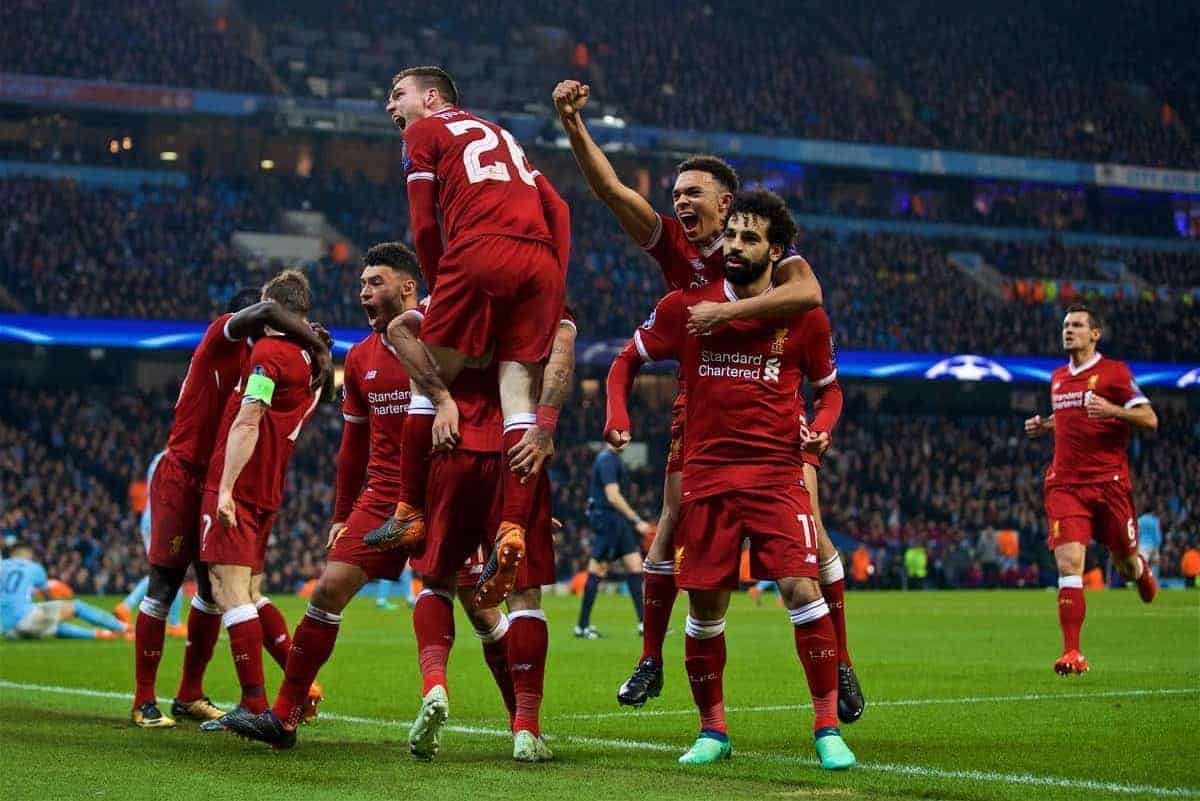 Liverpool booked their place in the semi-finals of the Champions League with a historic 5-1 aggregate victory over Man City on Tuesday night.

After recording a dominating 3-0 victory at Anfield, Liverpool went into the second leg as huge favourites.

But it took just two minutes for Gabriel Jesus to break the deadlock and give City the lead.

City then controlled the first half and had a number of chances to score but Liverpool held on to their two-goal aggregate lead.

Liverpool then controlled the final 20 minutes and Roberto Firmino sealed the deal as they booked their place in the semi-final of the Champions League for the first time in a decade.

Up there with the most harrowing halves of football I've ever watched.

Lucky to be 1-0, but if big improvements aren't made, Liverpool are heading out here.

Huge team talk required from Klopp – the players have frozen.

But when Salah equalised, fans were ecstatic…

So much great about that goal. Gini having an excellent half, brilliant pass from Ox to find Salah, Mane bold moving into the box and then Salah's finish…?

The GIF to end all other GIFs. pic.twitter.com/3ux6GU6gNb

Not bad for a long-ball team #MANLIV

We've just beaten the team home and away that the bookmakers had ordained tournament favourites not two weeks ago.

– Ramin Naumoth on the forums.

Liverpool’s composure over the two legs was so impressive. City are brillIant but we handled what they threw at us & picked them off.

Defining moment for this team & particularly our back five who were superb again. Bursting with pride #LFC

Everyone slates him when he has a bad game, but Dejan Lovren was absolutely immense tonight. Deserves enormous credit for stepping up like that in the biggest game of his career.

James Milner was absolutely heroic in that performance. He covered every blade of grass and was pivotal in closing City down when others started to drop back.

” hear Italy is lovely this time of year, no?”

“This Allez, allez, allez is addictive! I was singing it on the metro.”

? A great night for the club and fans. Jurgen Klopp deserves a huge amount of praise for his approach over the two games (against a fantastic team/manager). Going to be an exciting end to the season #lfc

“Good night, its been great”

– Red One on the forums.

Incredible performance in both legs. Balls like grapefruits from the lads tonight. Just really proud of each and every one of them.