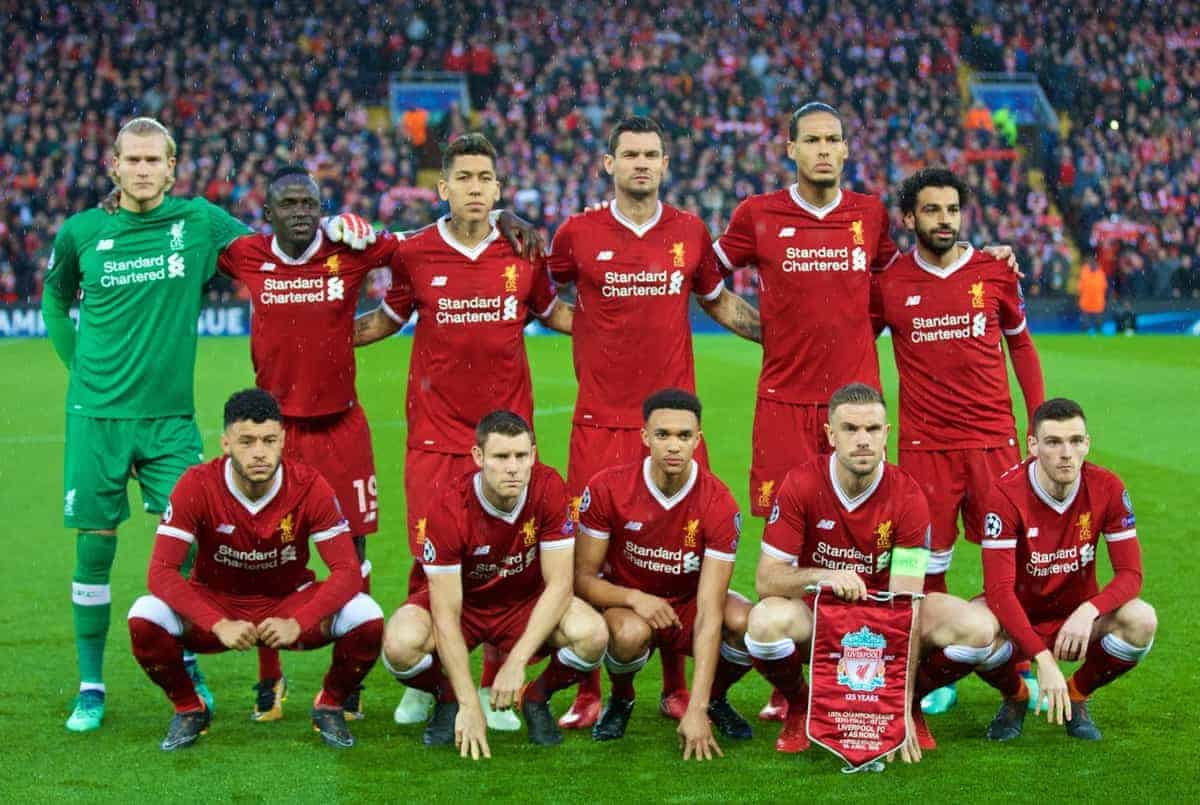 Jurgen Klopp has made five changes to his side as Liverpool revert to a full-strength lineup for Tuesday’s Champions League semi-final against Roma.

The Reds return to Anfield to host the first leg of their huge European clash, looking for another strong lead to take into their trip to Italy next week.

After fielding a rotated selection for the weekend’s 2-2 draw away to West Brom, Klopp has restored his strongest outfit for this must-win game.

Loris Karius keeps his place in goal amid further indications from Simon Mignolet that he will consider his options this summer.

Ahead of the German in defence are Trent Alexander-Arnold, Dejan Lovren, Virgil van Dijk and Andrew Robertson, with the inclusion of the two full-backs particularly key.

Jordan Henderson marshals the midfield on arguably the biggest night of his career so far, joined by James Milner and Alex Oxlade-Chamberlain.

And lining up alongside PFA Player of the Year and Roma old boy Mohamed Salah are, as ever, Sadio Mane and Roberto Firmino.

The fit-again Nathaniel Clyne is preferred to Joe Gomez on the substitutes’ bench, while both Dominic Solanke and Danny Ings are also included as part of Klopp’s reserves.