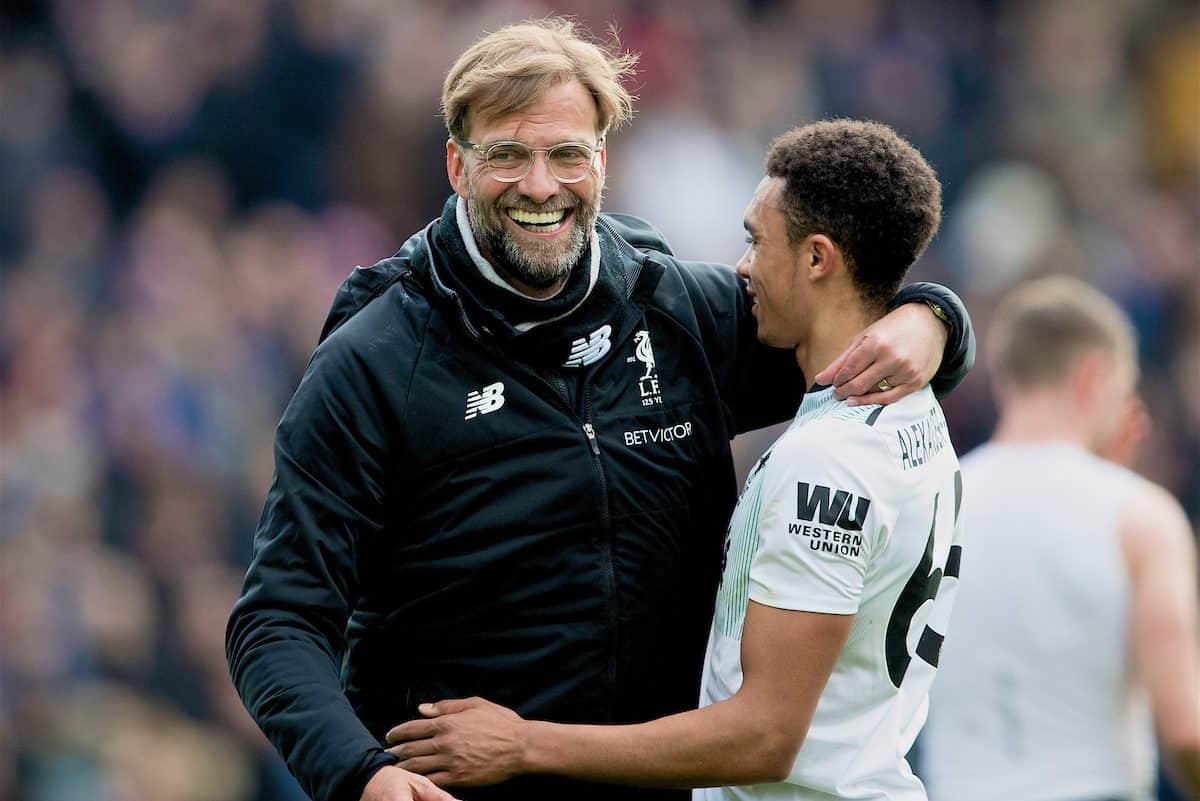 Liverpool endured a mixed afternoon as they sealed a late 2-1 win at Crystal Palace, with some of Jurgen Klopp‘s players impressing more than others.

The Reds fought back from a one-goal deficit at half-time as Sadio Mane and Mohamed Salah cancelled out Luka Milivojevic’s penalty.

Directly after an international break, and in an early kickoff, this result is a hugely positive one for Klopp’s side as they turn their focus to Man City and the Champions League.

As he prepares for Wednesday night’s quarter-final first leg, Klopp can take encouragement from strong displays from the likes of Mane, Salah and Andrew Robertson at Selhurst Park.

But he should also be wary of a struggle for Trent Alexander-Arnold in particular, and a continued lack of consistency at the back alongside Virgil van Dijk.

So who shone and who toiled in the eyes of journalists and statisticians? Largely the averages reflect the performance, with Robertson (7.4) and Salah (7.3)
clear standouts as usual, and Mane (6.9) and James Milner (6.9) not far behind.

Interestingly Alexander-Arnold (6), whose lack of positional nous saw Wilfried Zaha tear through the defence on more than one occasion including ahead of Milivojevic’s opener, did not receive the lowest rating.

Instead that honour goes to Georginio Wijnaldum (5.4), who turned in a very quiet display in midfield before being withdrawn on 65 minutes, while Joel Matip (5.5) was similarly criticised.

Wijnaldum was the only player not to be deemed a seven out of 10 by any publication, with the rest of Klopp’s starting lineup given mixed reviews.

Some peculiar decisions stand out, with Robertson, otherwise a unanimous star, given a six out of 10 by Anfield Index’s Oliver Emmerson having “surprisingly struggled going forward.”

Elsewhere while Salah was the match-winner, even Klopp acknowledged after the game that it was a quiet afternoon for the Egyptian, with his goal clearly influencing a trio of eight-out-of-10s.

Statistically, the winger was also deemed Man of the Match with a rating of 8.24, while Karius fared least favourably at 5.98.

Whether Klopp will make any decisions in terms of his lineup for midweek based on performances in Saturday’s 2-1 win remains to be seen, as he likely already has a setup in mind.

But a handful of stale displays could prompt the German to shake up his selection for one of the biggest games of the season.