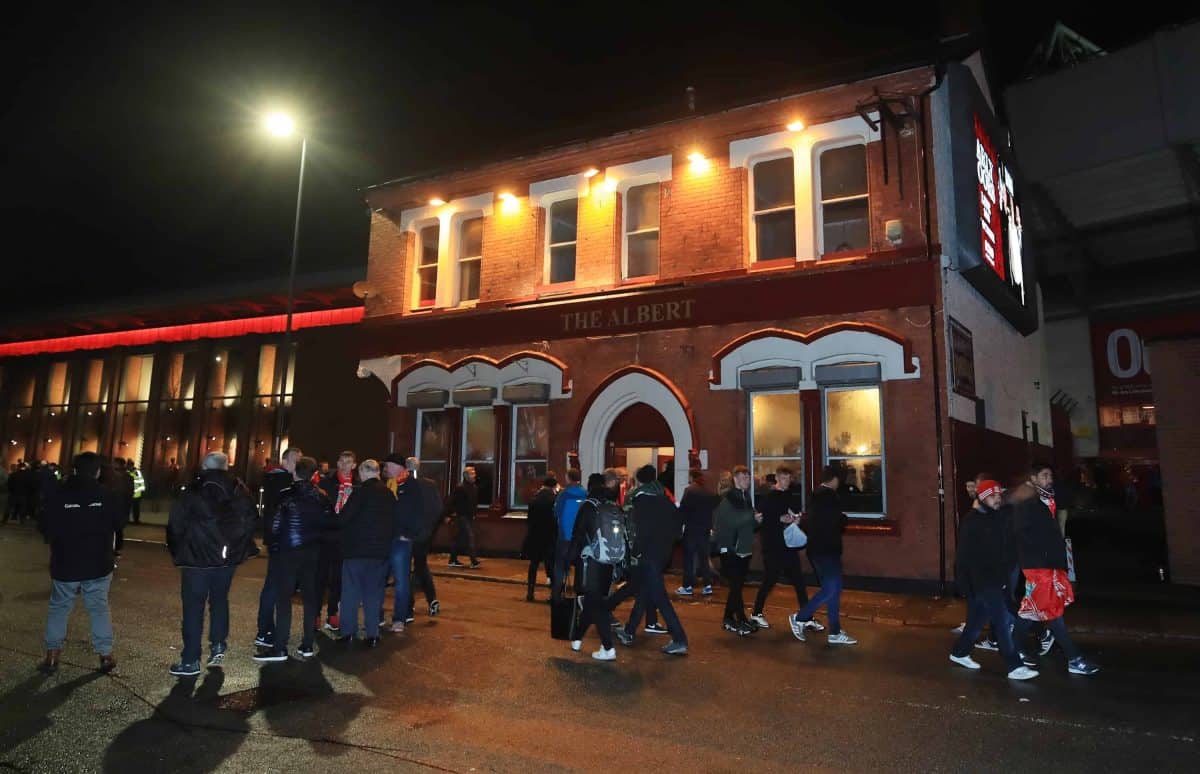 The unprovoked attack on a Liverpool supporter 10 minutes before Tuesday night’s match has soured an incredible evening at Anfield, and shown the hypocrisy of the British media.

53-year-old Sean Cox, from Dunboyne in Ireland, was at Anfield with his brother when he was, according to all reports, attacked by a group of Italian hooligans outside the Albert pub.

“Roma fans have just attacked Liverpool supporters with belts, outside the Albert. About 20. One guy down getting treatment.

“The Roma group came out of Venmore St, and attack was sudden. Picked an older Liverpool fan and attacked him. A lot of police around but they were slow on the scene. Poor guy is still down. Horrible stuff.”

He’s now being treated for his injuries at Walton Neurological Centre, where his condition is described as critical, according to Merseyside Police.

It should be made clear that this was a completely unprovoked and organised attack, with at least one hooligan carrying a hammer as a weapon.

And yet, several media – including the BBC – reported the news on Wednesday morning as ‘skirmishes’ or ‘clashes’. There was no skirmish or clash, it was an organised attack. Two men from Rome have been arrested on suspicion of attempted murder.

When has an attempted murder ever been described as a ‘skirmish’ or a ‘clash’?

Hi @SkySportsNews – you ran the video of the attack from Roma fans outside Anfield yet?

Just wondering as you ran the coach ‘attack’ video for 3 days on the bounce.

Interesting too that the likes of Sky Sports haven’t made this headline news, whereas the throwing of a few bottles or cans by the odd idiotic supporter pre-Man City was covered extensively and turned into a whole debate.

Are Sky, BBC and other media saying that the throwing of a bottle is more newsworthy than attempted murder?

What this highlights is the hypocrisy of the British media. Liverpool is claimed to be ‘the self-pity city’ by certain sections of the UK, and we hear ‘always the victim’ regularly sung at us.

And yet, compare the coverage of the last game for Liverpool’s Main Stand with that of the last game at Upton Park. “Liverpool fans seen stealing seats from Anfield” read the headline in the Daily Mail. “Souvenir time! West Ham fans pose with seats, signs and hoardings ripped from Upton Park” they wrote gleefully.

UEFA released a statement on Wednesday morning saying they were “deeply shocked by the vile attack that occurred ahead of Liverpool FC v AS Roma and our thoughts are with the victim and his family.”

How, exactly, can they be “shocked and appalled” by yet another cowardly attack by Roma hooligans?

In 2001, six Liverpool fans were stabbed before the Reds’ UEFA Cup tie in Rome.

In 2006, three Middlesbrough fans were stabbed.

Seems odd that UEFA is “deeply shocked” at Roma violence at Anfield last night, given their fans stabbed 6 Liverpool supporters in 2001, & then targeted Middlesbrough’s fans in 2006, Manchester United’s in 2007, Arsenal’s in 2009 & Chelsea’s last year…when will they act?! https://t.co/YiJBeP4xdz

That same year, an Arsenal supporters bus was ambushed on the way to the stadium. The windows were smashed and one fan got on board and stabbed an Arsenal fan.

Well said. As someone who went to Rome with Utd, my advice is simple. DONT GO, the police won’t protect you. Watch at home and save your cash for the final.

Any English supporter who has been to Rome knows the problems, and that the authorities are unlikely to be of much help. How come UEFA don’t know about this if they’re so shocked?

UEFA say they are “waiting to receive full reports before deciding on potential disciplinary charges” – don’t expect much to happen.