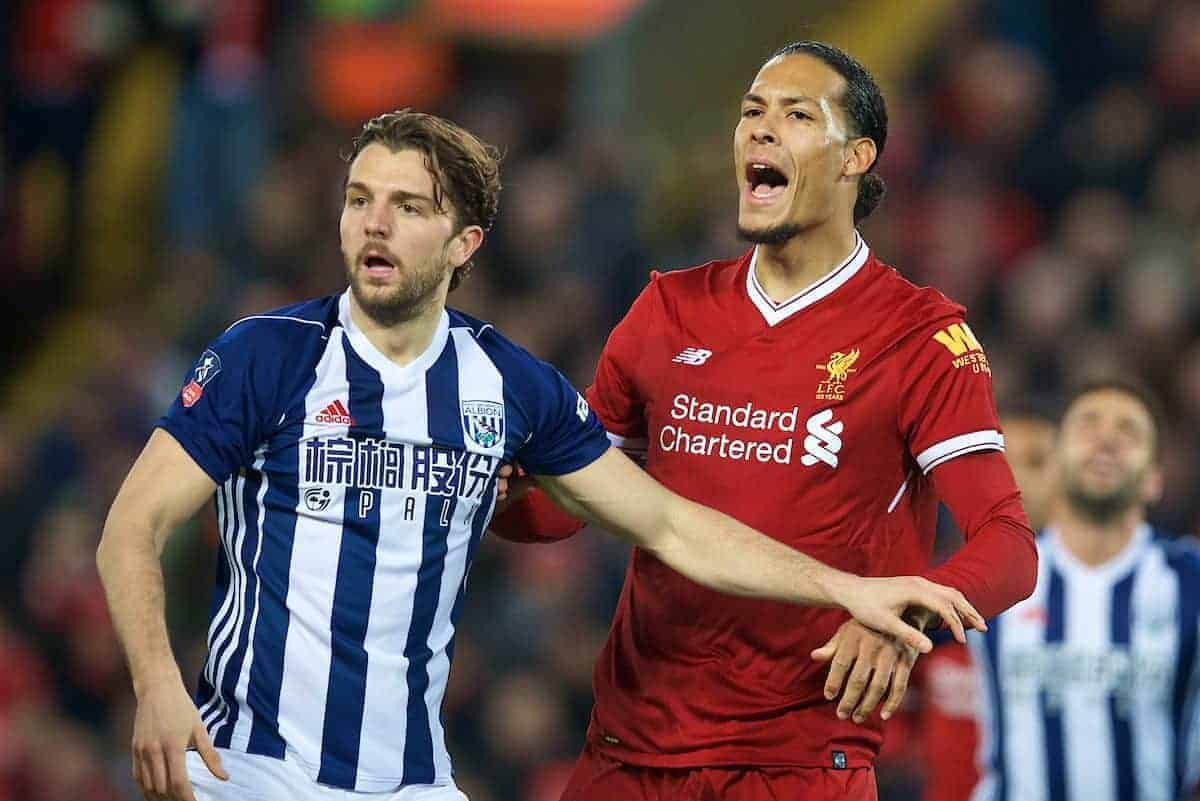 Liverpool take on West Brom in the Premier League at the Hawthorns at lunchtime. Here are all the stats and facts ahead of kickoff.

The Reds have an excellent record at the Hawthorns, winning 10 of the last 15 fixtures scoring 31 and conceding nine.

However, after winning eight in a row at West Brom, they have won only two of the last seven.

Liverpool have lost only three of the last 22 visits.

They are unbeaten in the last nine league meetings (four wins, five draws) since losing 0-2 at Anfield in February 2013 with Gareth McAuley and on-loan Romelu Lukaku scoring.

Firmino is two goals short of registering 50 for Liverpool in all competitions. He could make his 100th league appearance for the Reds.

Alex Oxlade-Chamberlain is in line to play his 200th career league game.

Ragnar Klavan is one game short of reaching 50 appearances for the Reds in league and cup.

Firsts at the Hawthorns Dejan Lovren played his first game in English football on this ground in August 2013—Southampton won 1-0.

The first goal of Adam Lallana‘s career was scored against Albion for Southampton in a 1-1 draw at the Hawthorns 10 years ago this month.

His first Liverpool goal was also against the Baggies at Anfield in a 2-1 win in September 2014.

James Milner‘s solitary career goal against Albion came as a Newcastle player in September 2004. His first red card in senior football came at the Hawthorns in October 2012, while with Man City.

Virgil van Dijk played his first game for an English club at the Hawthorns in September 2015—Southampton drew 0-0.

He was sent off against Albion while with the Saints at St. Mary’s in December 2016.

Mo Salah‘s next league goal will see him equal another club record—it will be the 23rd league game this season in which he has scored, equalling the tally set by Roger Hunt in the Second Division in 1961/62.

Salah holds the top-flight record along with John Aldridge and Ian Rush (twice). West Brom were one of only three teams to win their opening two league games of this Premier League campaign—Huddersfield and Man United the others.

Since then they have won two of the last 32 in the top-flight and have picked up 18 points from the last possible 96 on offer.

They have recorded two home league wins (and four in the top flight in total), beating Bournemouth 1-0 on the opening day thanks to Ahmed Hegazi’s goal while in January defeated Brighton with Jonny Evans and Craig Dawson netting in the 2-0 victory.

Solomon Rondon and Jay Rodriguez have scored their team’s only goals in the last six games—Rodriguez has netted three, one more than his team-mate.

West Brom have lost 18 league games this season (the joint-highest in the Premier League along with Stoke) but have yet to suffer defeat under a caretaker-manager.

Gary Megson earned two draws in November and Darren Moore has recorded a draw and win in their last two matches.