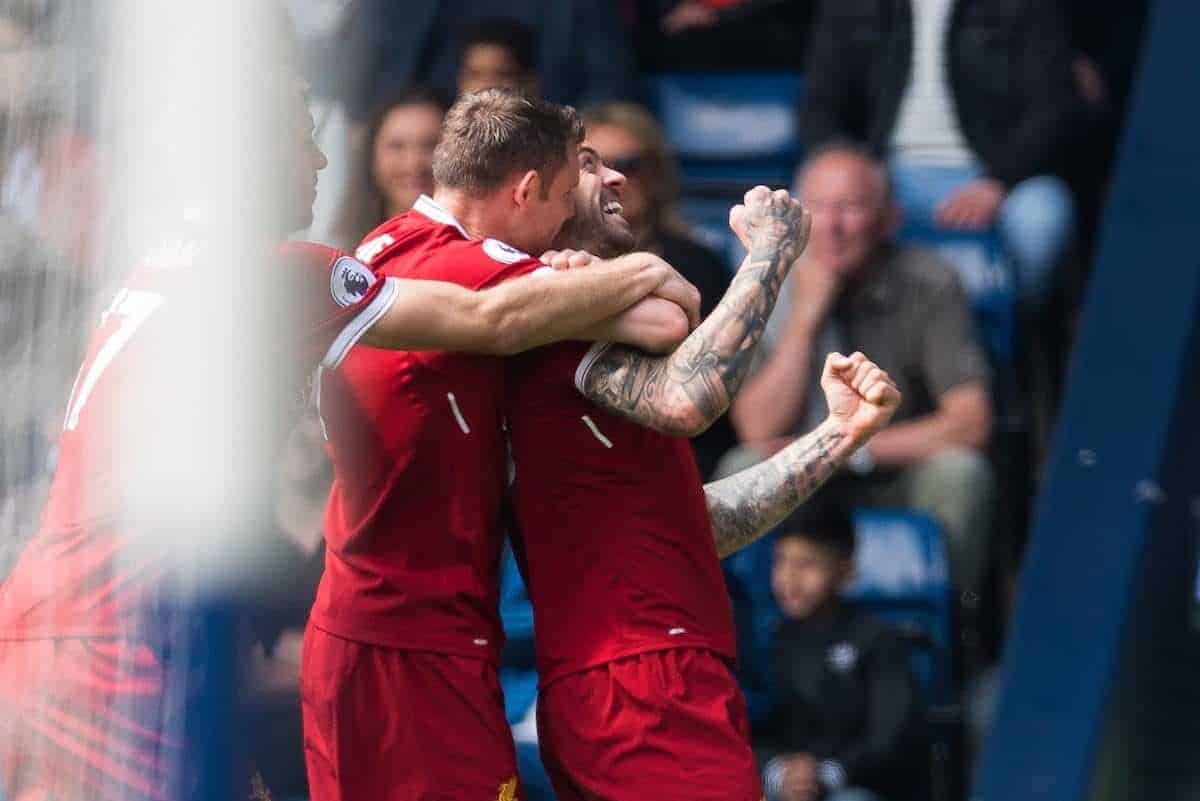 Liverpool lost a two-goal lead at West Brom on Saturday, conceding twice in the final 12 minutes to gain one but drop two points in the Premier League. The striker’s first goal under Jurgen Klopp came early on at the Hawthorns, instinctively swiping home from close range after a corner was worked his way.

The relief and joy on Ings’ face as he sped off celebrating was almost better for away fans to see than the ball hitting the back of the net — 931 days after his last league goal.

It was important for Ings, of course, to show he could offer something to the team, particularly given his central role for this game after an ineffective showing out wide against Everton.

He should have had a second goal shortly before half time, his effort saved by the keeper, but his work rate and movement throughout caused problems for West Brom.

A good showing overall, and a confidence booster in front of goal which could yet come in handy in the final weeks of the season. One key decision from Klopp was to rest both full-backs, with Joe Gomez and Alberto Moreno coming into the team.

Both have lacked game time of late, through injury in the case of the former and Andrew Robertson‘s great form for the latter, so a good performance was a must to see further action in the run-in.

Unfortunately for the left-back, that wasn’t really the case.

Moreno was beaten repeatedly down his wing by the dribbling Matt Phillips, as well as missing a few passes in behind.

He failed to cut out crosses and compounded his day by being booked for a late slide on Phillips with 20 minutes to play.

Gomez fared better; his approach play was good and he linked well in the attacking half, and though he made the odd error defensively, Gomez was able to get back and block the would-be cross in most cases.

Aerially he was impressive, clearing crosses toward the far post a couple of times when danger would otherwise have loomed large.

However, he made a critical error in the last minutes: gifting possession, then contributing to a foul, from which West Brom equalised.

Worst referee of the season? This is some competition, given the number of atrocious performances put in by matchday officials across the course of a season.

But Stuart Attwell’s interpretations of the laws at the Hawthorns were bordering on comical, they were so bad.

A spate of first-half tackles, at best late and at worst reckless, went unpunished. Salomon Rondon, in particular, should have been shown a yellow at least for a dreadful lunge toward Ings’ knee area.

In the second half, Ings was then scythed down inside the box, off the ball, by Craig Dawson; a coming-together, said the ref.

If that was dubious, the next incident involving the Reds’ striker was simply abysmal.

Ahmed Hegazi dragged Ings to ground, then punched him in the stomach—all of five yards from the ref. It wasn’t exactly a full-power hammer blow, but that’s utterly beside the point.

A shocking performance which deserves to see him relegated alongside the Baggies.

Atwell was actually demoted as a Premier League referee in 2012, spending two years in the lower leagues before returining as an elite referee in 2014. After a reasonably quiet day in and around the penalty area, Mohamed Salah‘s 41st goal of the season in all competitions gave the Reds a buffer in the match.

It was also his 31st in the league, equalling the 38-game record held jointly by Luis Suarez, Cristiano Ronaldo and Alan Shearer. One more, and that particular record is Salah’s alone.

In addition, the Reds needed two wins from the last four games to guarantee a top-four finish and looked to be on course to achieve the first—until West Brom‘s improbable late comeback.

The Reds stay in third, eight points ahead of Chelsea who have four games to play.

It’s almost job done, and this was another small step toward assuring Champions League football next season, but it should have been three points instead of one.

All told, the draw was frustrating but shouldn’t be too relevant in the wider scheme of Liverpool’s season.

More crucial was coming through this bruising 90 minutes without picking up injuries, ahead of a first leg of the Champions League semi-final against AS Roma on Tuesday.

That seems to be the case; it would be a surprise if there weren’t a few aching bodies at Melwood over the next day or two, given the amount of rough challenges put in, but the Reds seemed to emerge unscathed.

Virgil van Dijk gave an early scare with a foot knock after a tackle, Salah took an arm to the face and Milner was fouled with frequency, but there didn’t appear any serious worries.

Also pleasing was Roberto Firmino not having to play a full game, appearing only as sub alongside Alex Oxlade-Chamberlain, while Sadio Mane also earned an early rest.

Onward to Tuesday, and to more important matters.