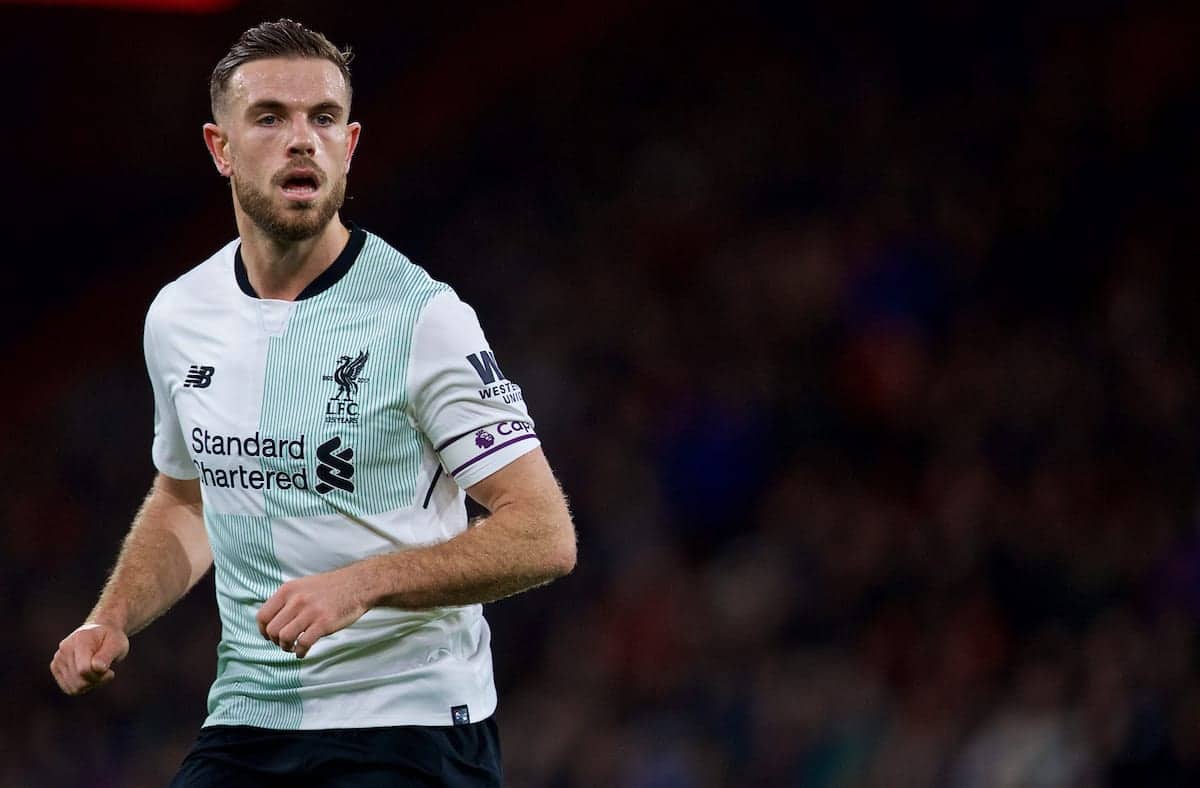 Liverpool remained convinced they would win at Crystal Palace despite trailing at half-time and struggling to perform, according to their captain Jordan Henderson.

The Reds fell behind to Luka Milivojevic’s penalty and lacked the consistent goalscoring threat they usually pose through Roberto Firmino, Mohamed Salah and Sadio Mane, who was booked for diving in the penalty area.

Palace had also been strengthened by the return to their starting XI of Yohan Cabaye, and Wilfried Zaha and Mamadou Sakho passing late fitness tests.

Jurgen Klopp’s team were under pressure not to lose ground in their ambition of beating rivals Manchester United to second place in the Premier League, but Henderson told Liverpool’s official website: “We were still full of belief at half-time that we could turn things around and that showed in the second half.

“[We knew we needed to] move the the ball quicker, keep going, keep getting the ball into the box and creating chances because we know we can score goals.

“I didn’t think we were at our best but when you are not playing at your best you’ve got to keep going and find a way, and I thought we did that brilliantly.

“We kept going in the second half and found a way to win.” Mane was fortunate to avoid a second booking for a blatant handball in the second half before they had taken the lead at Selhurst Park, and Palace’s Martin Kelly—once of Liverpool—felt his opponent should have been sent off.

“Anyone else on the pitch is given a yellow for that but it is what it is and we got the free-kick but in different circumstances it’s a second yellow,” he told his club’s official website.

In the coming month Palace face Bournemouth, Brighton, Watford and Leicester in a run which will determine whether they remain in the Premier League, and Milivojevic added: “We showed again we can play against top teams and again were very unlucky but we cannot cry and must put our heads up and continue on.

“Our next few games we play against teams around us at the bottom of the table.

“We know we have performed well but we have to work on the mistakes we did, but we can look back on the good football we played in the second half, deserving to take something from the game.”