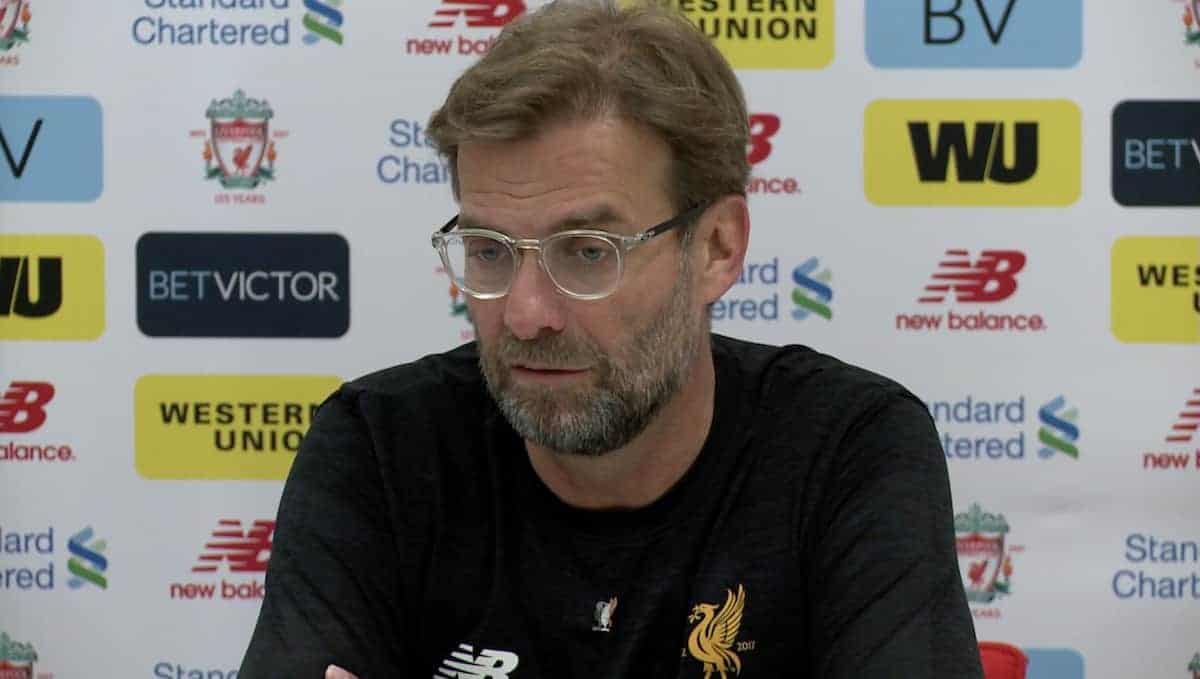 Jurgen Klopp has spoken of his horror at hearing about the unprovoked attack on Liverpool supporter Sean Cox that took place on Tuesday.

The Reds may have produced a special European performance to beat Roma 5-2 in the Champions League semi-final first leg, but it was marred by a horrific incident before the game.

In an unprovoked attack, Irish Liverpool supporter Sean Cox was left in a critical condition after being attacked by travelling Roma ultras right outside the Kop.

The 53-year-old suffered serious head injuries, and is still in a critical condition with his family beside him at the Walton Neurological Centre in Liverpool.

Klopp started his pre-Stoke City press conference on Friday by discussing his feelings about the incident and gave his best wishes to Cox and his loved ones.

“The game on Tuesday showed the beauty of the game, but what happened before was the ugly face.

“When I heard, I can’t describe my emotions. It should never happen. It’s unbelievable.

“All our thoughts and prayers are with Sean Cox and his family.”

The attack has caused shock and anger among Liverpool supporters, particularly with the way in which it has been portrayed in the British media.

It has also raised concerns about those travelling to Rome for next Wednesday’s second leg at Stadio Olimpico, with plans in place to alleviate any fan trouble.

Football plays second fiddle when such a sorry episode occurs, and the entire Liverpool family is willing Sean to make a full recovery.