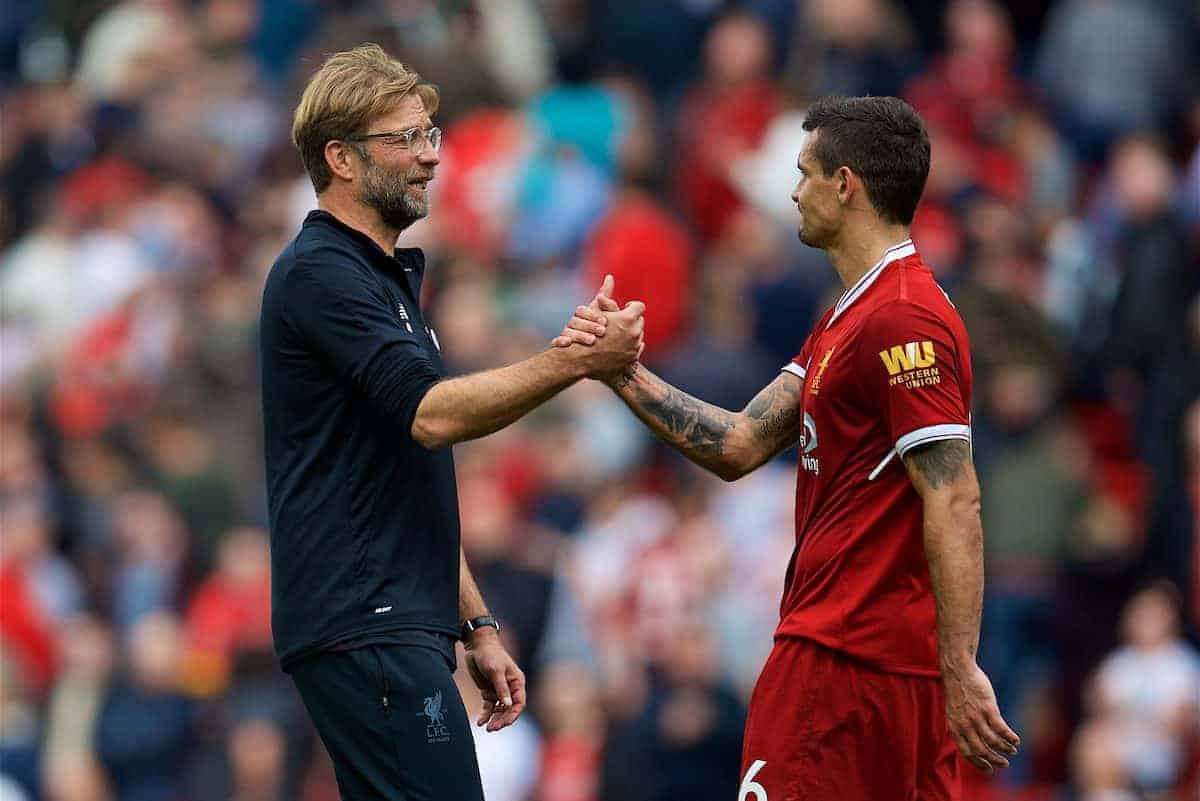 Jurgen Klopp is buoyed by the return of two key defenders for Liverpool’s trip to West Brom, but his options are restricted by the absence of another.

The Reds head to the Hawthorns looking to extend the gap between them and Chelsea to 10 points, after their top-four rivals secured a 2-1 win at Burnley on Thursday night.

With their Champions League semi-final first leg against AS Roma to come three days later, Klopp will be wary of maintaining the fitness of his squad.

It remains to be seen how many changes the manager opts to make, but speaking at Melwood on Friday morning he provided an update on those available and those ruled out.

Klopp confirmed Dejan Lovren and Joe Gomez are back, but Nathaniel Clyne will miss out, while Joel Matip, Emre Can and Adam Lallana remain long-term concerns.

“Nothing really new about Adam and Emre. They’re on a good way, we will see what that means at the end,” he told reporters.

“Everything is possible that they will be part of the squad again [before the end of the season].

“The only thing that is 100 percent sure is Joel Matip won’t be in the squad any more.

“Clyney struggled [with] a little muscle issue [after a] pretty normal session. He’s probably not available for tomorrow.

“All the rest are available: Joe is back in full training, Dejan had a little bit longer recovery but he trained yesterday as well. Nothing else, I think that’s it.” Rotation may be likely in the West Midlands, regardless of the stance Klopp takes before the game, although there is the argument that changes will hamper the Reds’ momentum.

Klopp insisted that his lineup would “respect West Brom,” who have enjoyed a mini-resurgence under interim manager Darren Moore, with Mohamed Salah able to start.

“[Salah has] no physical problems in the moment, hopefully it stays like this,” he added.

“We need the boys for all the games. We have to line up [with] a really, really strong lineup.

“We always respect the intensity of the season so far, but in the end we respect West Brom, we respect the competition of the Premier League, we know we need points to be in the top four.

“A lot of people thought ‘oh, United lost against West Brom!’. Now they have a home game and they want to show that they believe in their little last chance, that’s how it is.

“We are the first opponent in that new situation. We need to be at our best.

“We lost in the FA Cup [to West Brom], that’s what we respect first then after the game we think about Roma.

“There’s no other way, we don’t have 25 players to line up two sides. We need all the players and thank god Mo is fit.”