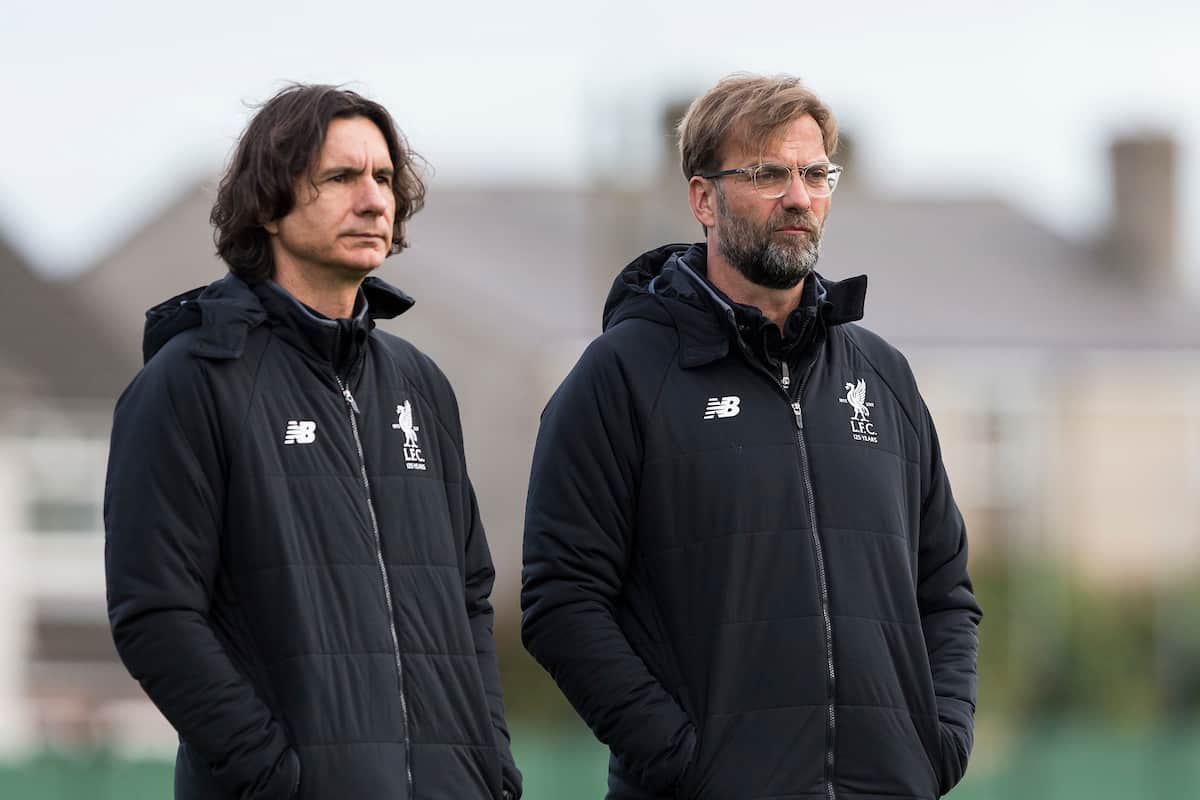 Liverpool will train at their Melwood complex and not Man City’s Etihad Stadium ahead of their Champions League quarter-final second leg next week.

Manager Jurgen Klopp complained this week they had not been able to secure a pitch in Manchester which met his requirements—primarily a confidential setting—on which to train on the morning of Tuesday’s match.

As a result Klopp and a player will travel to Manchester on Monday afternoon to fulfil their press conference obligations at the City Football Academy before travelling back to Merseyside to train—of which the first 15 minutes are open to the media.

That will allow the German to hold his closed, pre-match tactics session at Melwood on the morning of the game before the squad head across the M62 to begin final preparations for the game.

Details of their intentions had to be submitted by Thursday and UEFA has now published its media schedule for next week confirming the plans.

“We would have liked to train next week in Manchester ahead of the away game but we didn’t get a pitch for the next morning,” Klopp said on Tuesday.

“No Manchester club could give us a training pitch for the next morning.” Press Association Sport understands Liverpool did contact Manchester United to ask about the availability of the Red Devils’ The Cliff training ground, where Napoli trained ahead of their tie against City earlier this season.

However, the complex in Salford, used by United’s youth teams and for football in the community events, was already being used for the dates Liverpool requested.

The club are not aware of any enquiries being made about using the first-team’s Carrington training complex or Old Trafford.

Liverpool hold a 3-0 lead from the first leg.