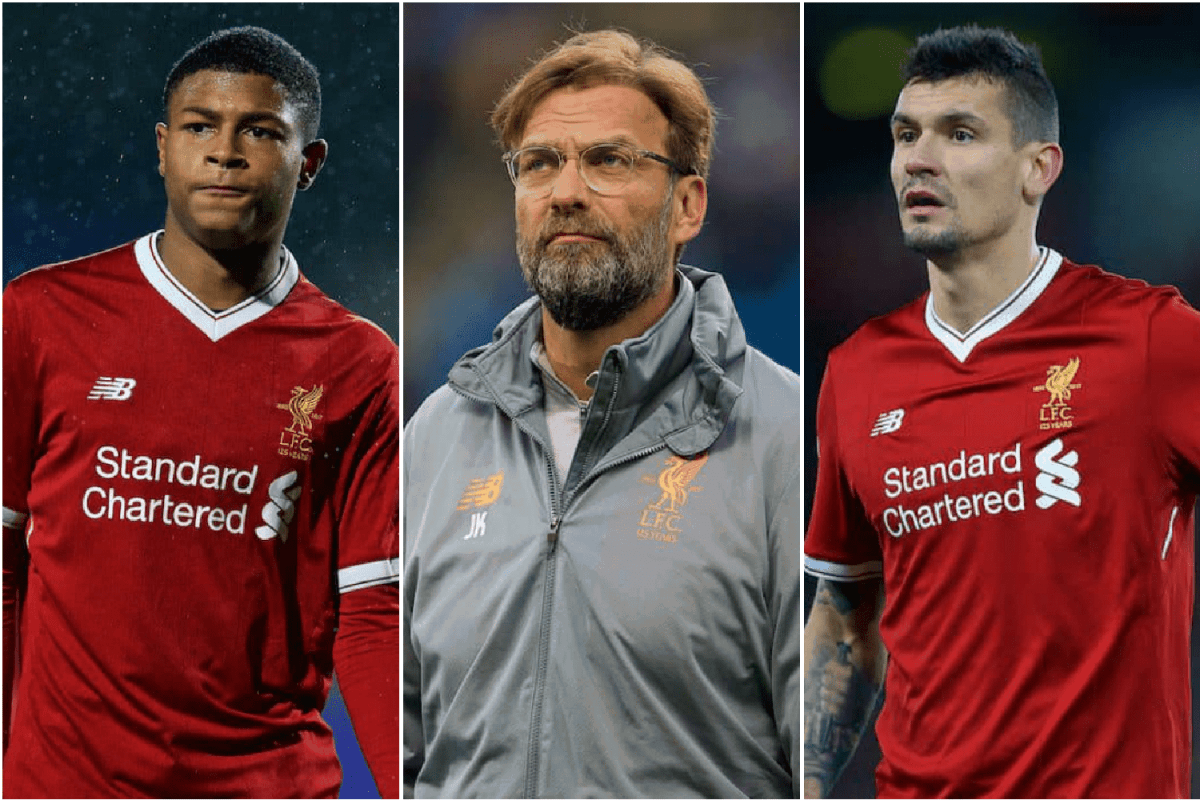 While the main focus is on Liverpool’s new home kit launch, the Reds have been in the news for other matters too. Here’s a roundup of Thursday’s media.

Dejan Lovren back in training The Reds centre-back looks to be fit and ready for selection to boost Klopp’s options this weekend.

He left the field injured against Bournemouth, but photos on LiverpoolFC.com show the No. 6 training with his team-mates.

With Joe Gomez also having recently returned, it leaves only Joel Matip as unavailable to the boss for the central defensive berths across the season run-in.

Lovren and Virgil van Dijk have forged an impressive partnership at the back recently for Liverpool and their presence will be key in the Champions League semi-final.

Reds to speak to UEFA over ticket prices The Echo report that the club will speak to UEFA over the matter, given Chelsea fans had to pay less than £45 at the same stadium earlier this season.

A total of 5,000 tickets are available for supporters travelling to the Stadio Olimpico.

Meanwhile Roma fans will only be charged £48 to watch the first leg at Anfield. Fifa have dismissed a case of racial abuse after a claim made by Liverpool’s Rhian Brewster.

The Guardian report that in an U17 international match, Brewster heard a Spanish player call England team-mate Morgan Gibbs-White “monkey.”

Fifa’s statement suggested the case was dismissed “in view of the lack of sufficient evidence that could corroborate the English player’s claim.”

At club level, Brewster recently alleged a Spartak Moscow player had racially abused him, but UEFA similarly dismissed the claim on the basis of insufficient evidence. The closer the summer gets, the more the rumour mill churns out players.

Thursday has proven a particularly profitable day for the rumour-mongers regarding the Reds, with no less than four players linked—all midfielders, by chance.

Liverpool will have a scout in attendance tonight to watch Anderson Talisca of Besiktas, according to reports, while Dani Ceballos is also linked once more.

It’s seemingly all eyes on Iberia, with the other pair both based in the Portuguese Liga NOS.

For a full round-up regarding the quartet, see here.

Roma defender with warning for Reds

AS Roma’s Juan Jesus says his team are not in the Champions League semi-finals without reason, as the days tick down toward the semi-final first-leg.

The centre-back told Italian Sky Sport his side had brought their big-game ability to the table already and were capable of repeating the trick, as reported by Di Marzio.

“It’s a very important semi-final, both for Roma’s history as for every player on the squad. We’ve taken a long journey and we have given our best to get to this semi-final, it didn’t happen by accident and we weren’t parachuted there.

“We’ve had great performances against great teams by getting to semi-final with Liverpool: it will be a beautiful match.”

Jesus has been playing on the left side of a back three since a recent tactical switch for Roma.