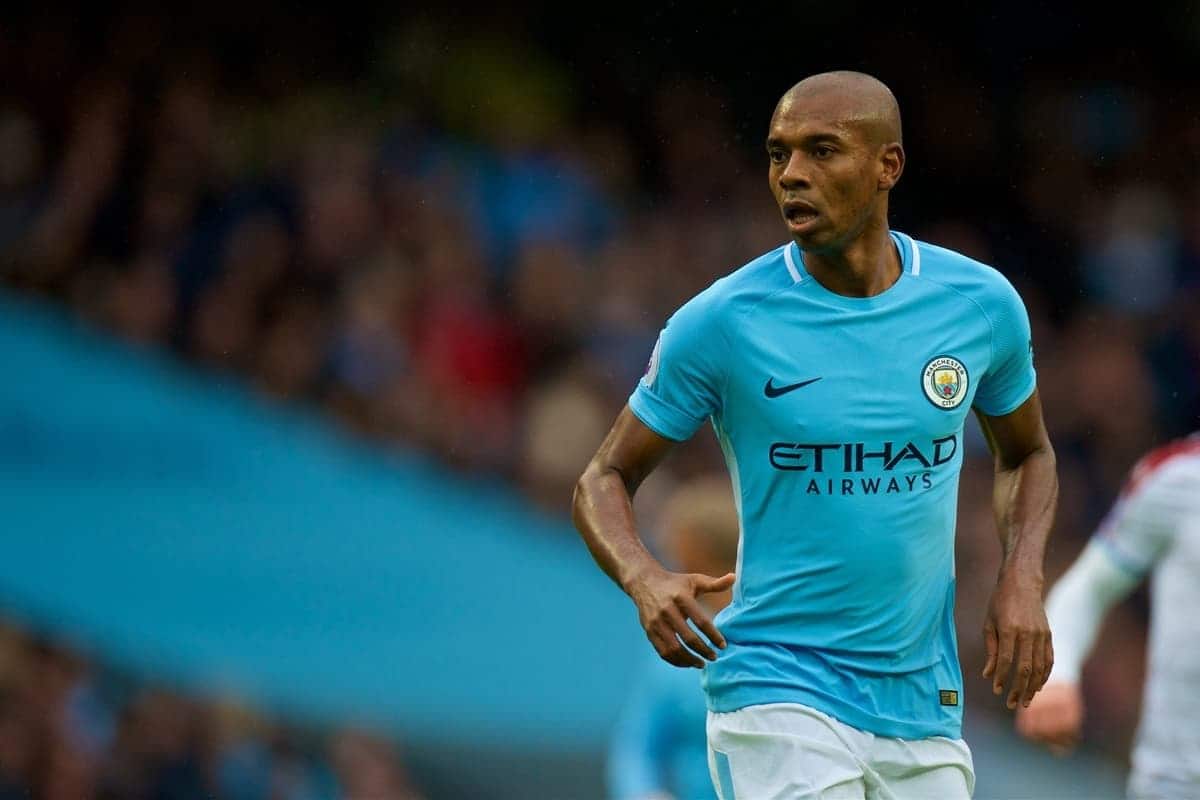 The Reds are looking to maintain a strong lead over their Premier League rivals when they take to the Etihad, having already won 3-0 in the first leg.

The first half at home last week saw one of Liverpool’s most complete performances of the season, as goals from Mohamed Salah, Alex Oxlade-Chamberlain and Sadio Mane made light work of City.

At Anfield, Jurgen Klopp‘s side played a high-tempo game in the opening 45, before dropping back after Salah was forced off through injury to hold on for a vital clean sheet.

Liverpool and City are widely considered the two most attractive football-playing sides in England, but speaking ahead of the second leg Fernandinho made a bizarre assessment.

“They are a team who like to play long balls, fighting for [second] balls,” he told reporters on Monday.

“They try to keep their players around the middle [of the pitch].

“But I think we’re going to be ready for tomorrow’s game, and I hope we can solve all the problems we had especially in the first half: in 10, 15 minutes we conceded the goals.

“We can [hopefully] apply our kind of game to win the game.”

It is a surprising claim, as though City (47) average the fewest long balls per game in the Premier League, only two other sides average fewer than Liverpool (62).

In that first half at Anfield, City actually played six more long passes than their hosts, though this did make up a smaller percentage (12.7%) of their overall passes than the Reds (13.9%).

Whether this stems from Pep Guardiola’s preparation for the second leg remains to be seen, as it could be that City are expecting a more direct approach from their visitors.

But either way it is a strange assertion to make, and one that could suggest City are not fully aware of the threat of Klopp’s side despite this being their fourth meeting of the season.

It also highlights a continued misconception over Roberto Firmino‘s role in the Liverpool side, as though the Brazilian does often operate as a target man his function is vastly more well-rounded.

Speaking shortly after Fernandinho’s press conference, Virgil van Dijk explained how Liverpool “need to keep the mindset of winning the game instead of defending the lead.

This is more likely to be the case than sitting back and pumping long balls into the final third.