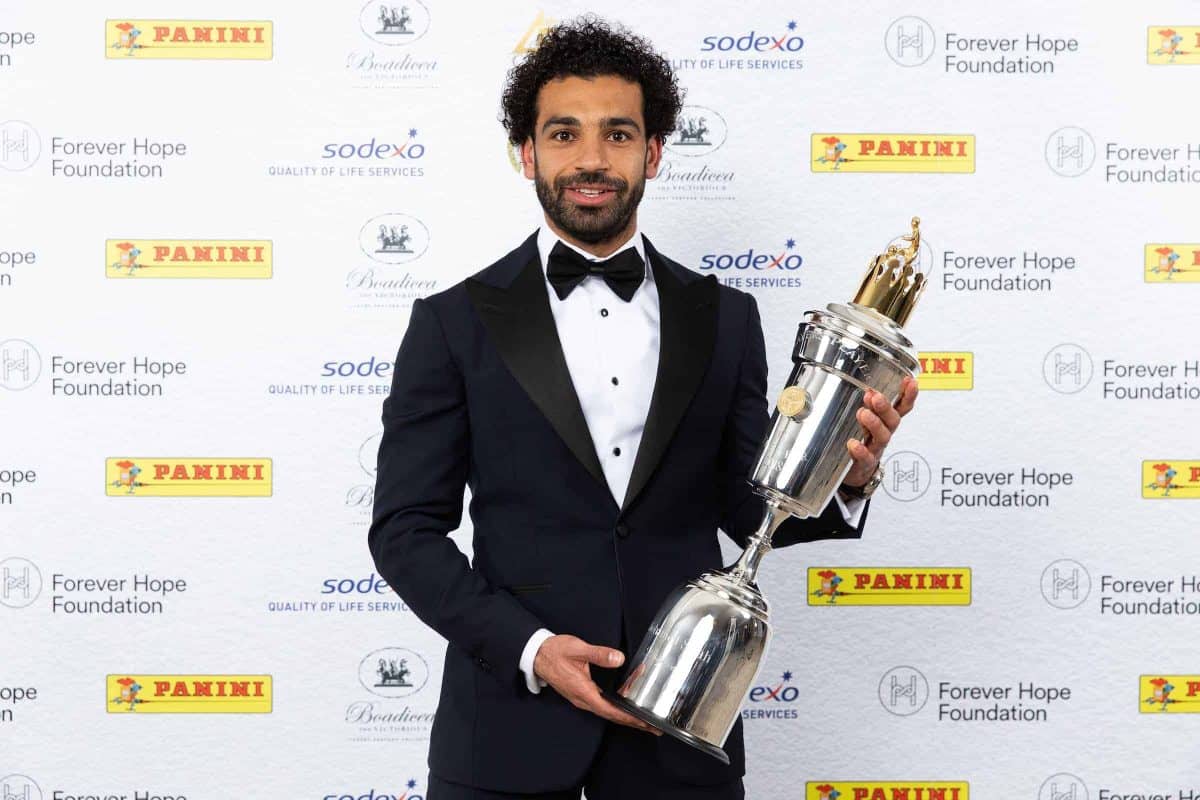 Mohamed Salah has won the PFA Player of the Year award, beating Man City‘s Kevin De Bruyne to the acclaim at the awards ceremony in London on Sunday night.

Salah becomes the first Liverpool player to win the award since Luis Suarez in 2014, receiving the votes from his fellow professionals on his debut season at Anfield.

The Egyptian’s 41 goals in all competitions so far this season made him a frontrunner for the award, along with De Bruyne who has been influential in City’s league title success. The former Chelsea and Roma man was joined by captain Jordan Henderson at the awards ceremony, along with his agent and several members of Liverpool’s backroom staff, including director of football Michael Edwards who was vital in recruiting Salah last summer.

You can watch receiving the award below: