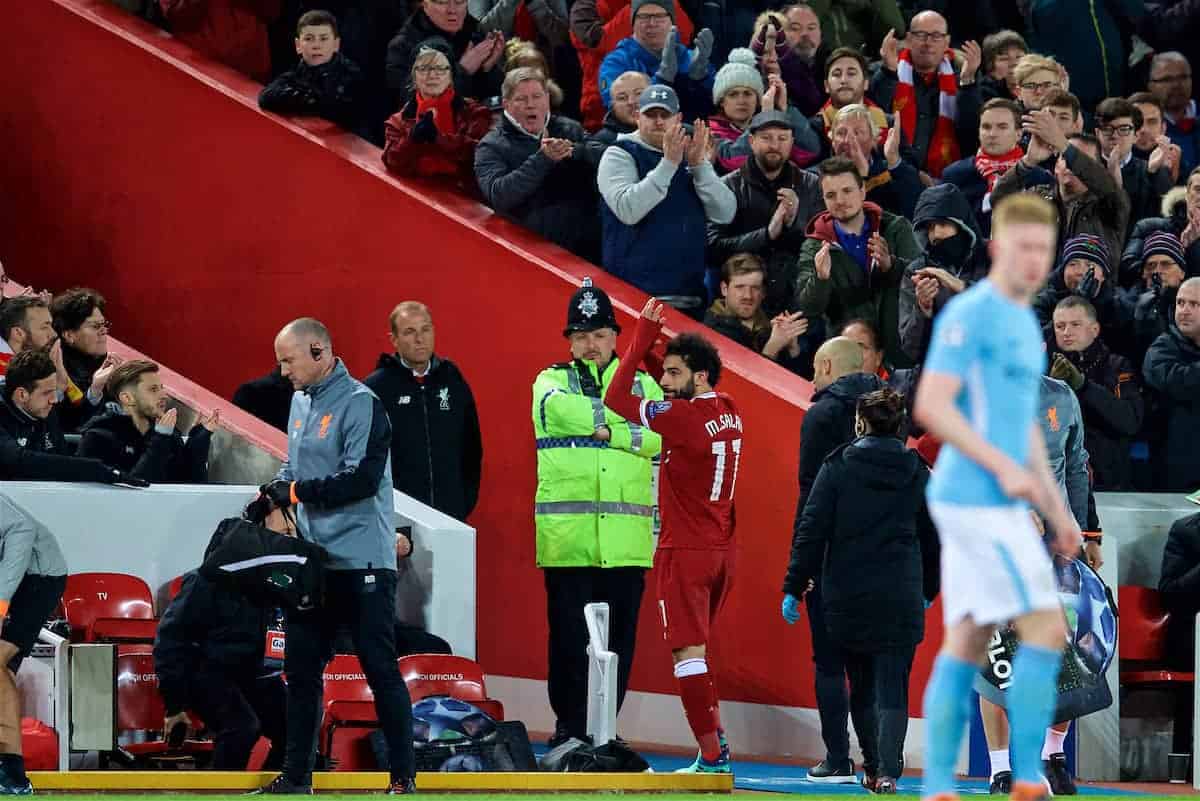 Mohamed Salah is not expected to have suffered a major injury after being withdrawn 53 minutes into Liverpool’s 3-0 win over Man City on Wednesday.

Salah limped off with a suspected groin problem after his opener helped the Reds to a three-goal lead before half-time at Anfield.

Jurgen Klopp‘s side held on for a vital clean sheet ahead of next week’s return leg at the Etihad, but the prospect of Salah joining the growing injury list was a major concern.

But speaking after the game Klopp revealed that the Egyptian is positive about his fitness, though he will likely undergo a scan at Melwood on Thursday.

“I don’t know at the moment. He came to the sidelines and said he felt something,” he explained.

“Afterwards, he said he feels good, ‘I will be fine’. We will see.” Salah has only missed one game through injury this season, with a knee problem keeping him out of the 2-1 win at Burnley on New Year’s Day.

He has been a near ever-present otherwise, with Klopp only leaving him out on two occasions: the 2-1 win over Everton in the FA Cup and the 2-0 loss to Leicester City in the League Cup.

His withdrawal was likely a precaution, with the Reds already 3-0 up and with a difficult trip to Everton to come on Saturday.

Liverpool then head to Manchester on Tuesday night for their crucial Champions League decider, with Klopp no doubt desperate to field his 38-goal man as he bids for the semi-finals.