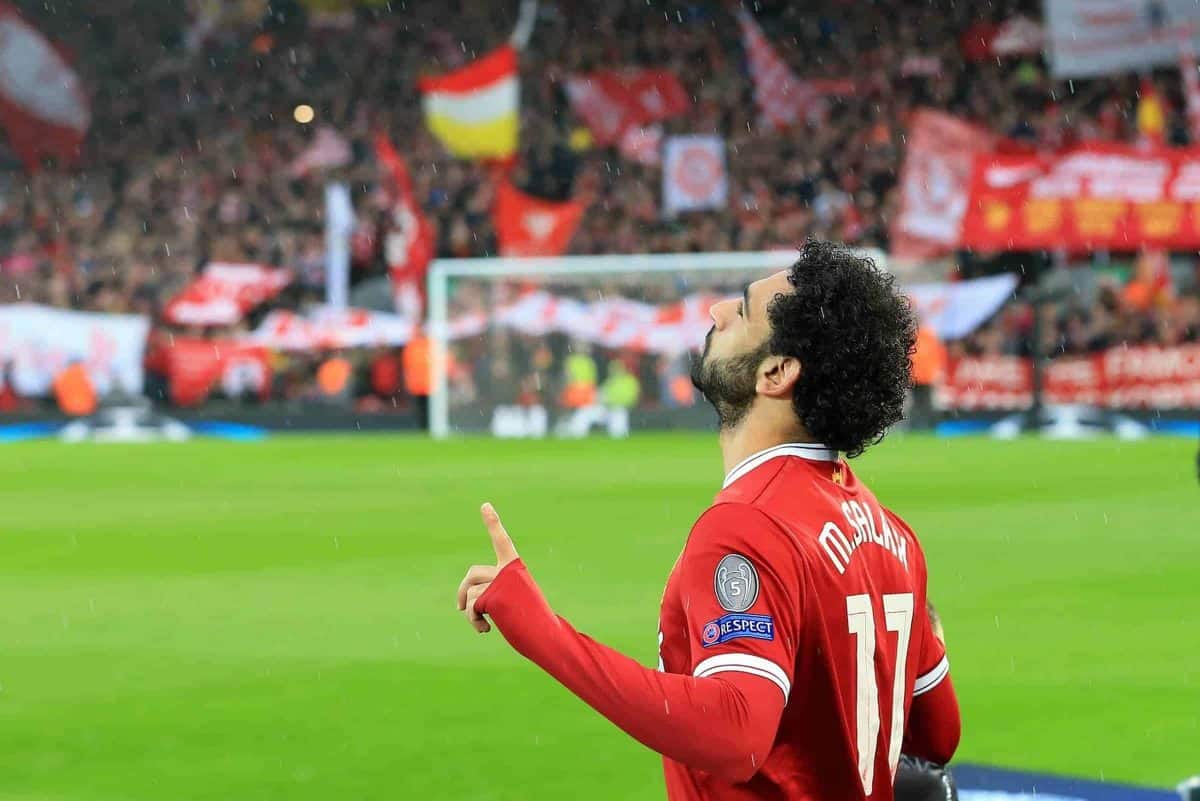 Liverpool took a big step towards reaching the Champions League final after powering to a fantastic 5-2 first-leg win over Roma at Anfield.

The Reds finally made the long-overdue return to their rightful place among Europe’s elite as Roma arrived at Anfield to kick off the semi-final showdown.

Playing at home first Jurgen Klopp’s side were desperate for a positive result to take to Italy and got just that, as a fantastic display ensured of a healthy three-goal first-leg lead.

There was another special reception for the Reds on arrival at Anfield, with supporters out in their thousands to greet the team coach. Klopp restored the Reds to full strength and unsurprisingly opted for the exact XI which blitzed Man City at Anfield in the quarter-finals. Anfield was at its spectacular best as the two teams lined up for battle. All eyes were on Mohamed Salah as he faced his former club for the first time since leaving for Anfield.

And the Egyptian didn’t disappoint as, after a slow Liverpool start, he exploded the contest to life planting an incredible curler into the top corner prompting an apology to his former fans. Who else but Salah then doubled the lead with a delightful chip over Alisson to give the Reds a deserved two-goal half-time lead. Kopites were absolutely loving it… Sadio Mane made it 3-0 finishing into the bottom corner after Salah turned provider. And the unplayable Egyptian King, now in a league of his own, laid on a fourth for partner-in-crime Firmino. The Brazilian’s header made it 5-0 to put the Reds on the way to a rout, but Roma fought back with two late goals from Edin Dzeko and Diego Perotti to earn a glimmer of hope for the return. Despite the late collapse it was a magnificent performance and result for the Reds who will be confident of seeing the job through in the Italian capital next Wednesday.

Before that, Klopp’s side host Stoke City in the Premier League on Saturday looking for another three points to all but confirm a top-four finish.