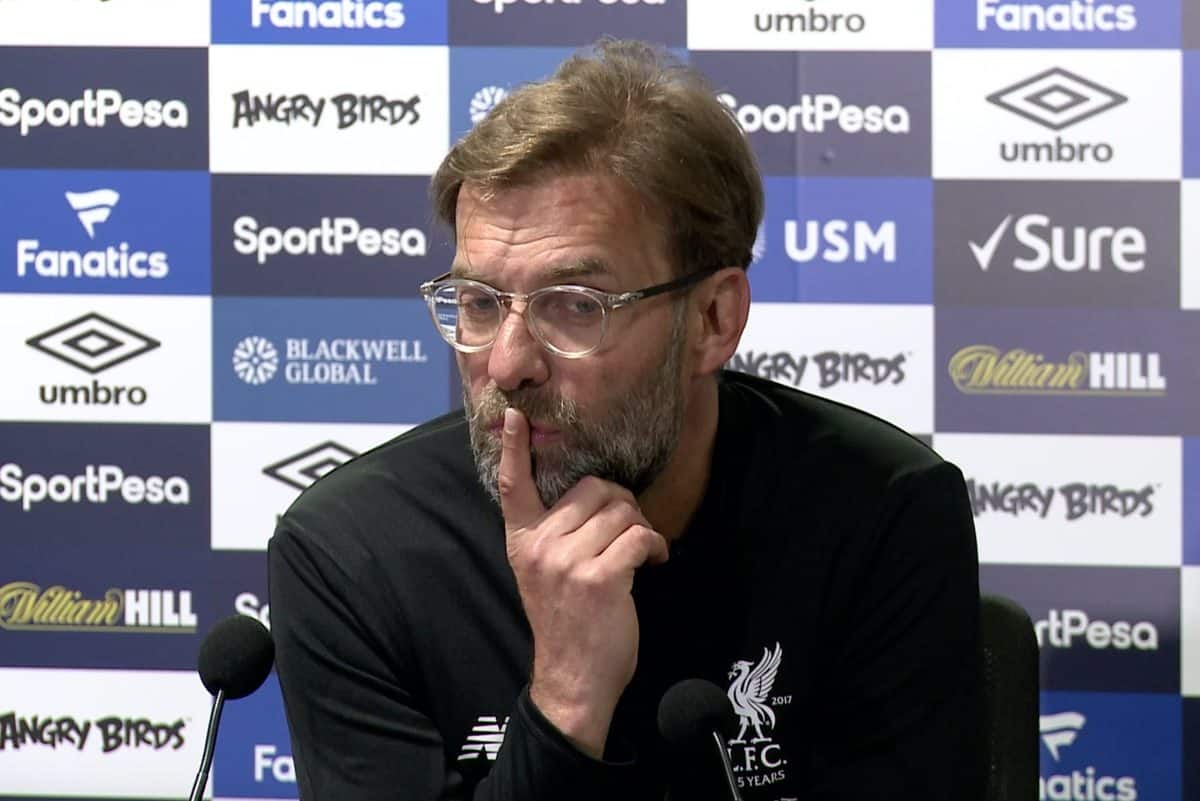 Jurgen Klopp was pleased with his side’s performance despite Liverpool being held to a 0-0 draw away to Merseyside rivals Everton on Saturday.

The Reds headed across Stanley Park just three days after a gruelling night at home to Man City in the Champions League quarter-finals.

After sealing a priceless 3-0 win over City in the first leg, Liverpool’s priorities arguably shifted further towards their European endeavours.

But the weekend still brought a Premier League clash, and an historic one at that, but over 90 minutes a much-changed side struggled to break down Sam Allardyce’s Blues.

Having extended his unbeaten run against Everton to six games, however, Klopp was optimistic after the game.

“I have to be happy and take the result—no problem with that,” he told reporters.

“I think it is a fair result, we were better over most of the game and then Everton in the last few minutes had a few exciting moments in our box, which is never a good sign.

“I think until then we controlled the game, played the game we wanted to play. We were not here to play a wild derby today, it would not have made sense.” Klopp made five alterations to the side that triumphed over City in midweek, and praised the performances of fringe figures Ragnar Klavan, Nathaniel Clyne, Danny Ings and Dominic Solanke.

But he refuted that second-half withdrawals of James Milner and Sadio Mane were with Tuesday night’s second leg in mind.

Nevertheless, Klopp can now focus on preparing Liverpool for what is now their biggest game of the season, with anything but a capitulation enough to see them through to the final four.