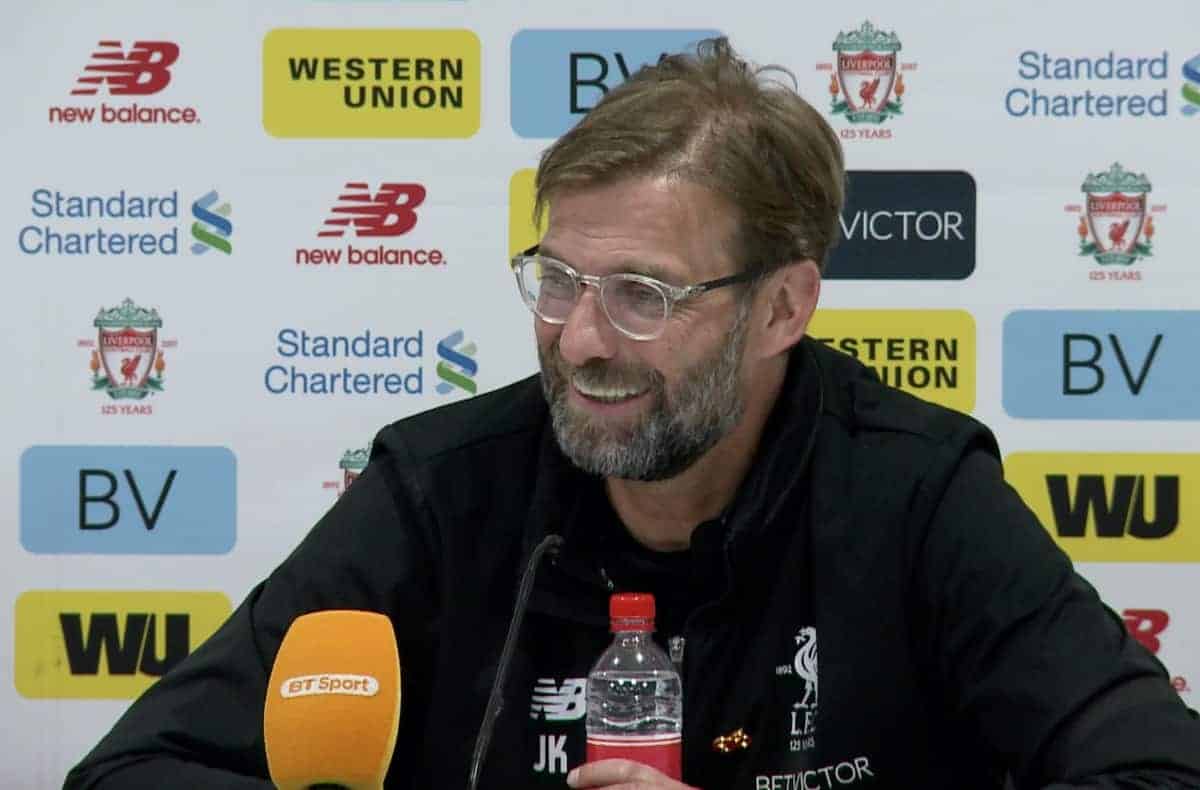 Jurgen Klopp hailed his Liverpool side for “controlling the game” as they beat Bournemouth 3-0 at Anfield on Saturday evening in the Premier League.

The Reds sailed to a strong victory over their mid-table opposition as Sadio Mane, Mohamed Salah and Roberto Firmino all struck for a routine result.

Coming just four days after their 2-1 win over Man City in the Champions League, Liverpool showed no sign of a European hangover and instead produced a hugely mature showing.

This left Klopp buoyant as he eyes a successful end to the season, as he told reporters after the game.

“Controlling a game like today is the most important thing to do,” he explained.

“It was only 1-0 at half-time but we created lots of chances, good situations. Fluent, mature, flexible.

“The counter-pressing was outstanding from the boys today.”

He was left to once again praise Salah after the Egyptian scored his 40th goal in a remarkable debut campaign at Anfield, as he nears the Premier League Golden Boot.

“Mo wants us to be successful, and if he gets Golden Boot it’s more likely that we’re successful,” the manager said.

And he provided a vague update on a late injury for Dejan Lovren, saying “hopefully not too serious, but [we] cannot say much now about that.”

The hope will be Lovren is able to return for next weekend’s trip to take on West Brom, though it may be wise to save the centre-back for the Champions League semi-final clash with AS Roma on April 24.