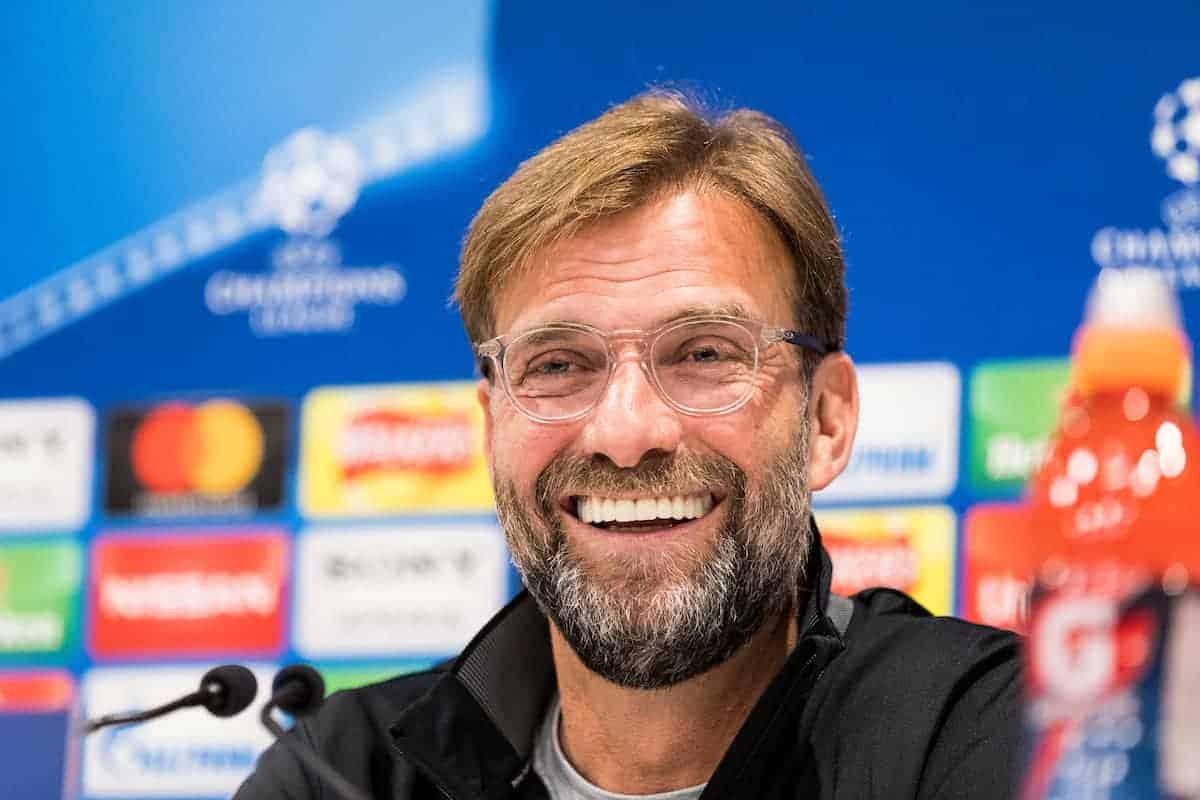 Jurgen Klopp has acknowledged the challenge ahead for his Liverpool side in their Champions League quarter-final first leg at home to Man City.

The Reds are in action at Anfield on Wednesday night as they look to take one step towards the last four of Europe’s top-tier tournament.

Taking on City for the first time ever in continental competition, Liverpool will be eager to replicate their performance from January’s 4-3 win over the Premier League‘s champions-elect.

But speaking to reporters at the stadium on Tuesday afternoon, though he remained confident in his side’s abilities Klopp was eager to avoid complacency.

“That’s nice, to be honest. We are not coincidentally in the quarter-finals, we qualified for that.

“We’re there and yes we beat Man City here a few months ago, but we knew before the game that it’s possible, it’s only a little difficult to do it.”

Klopp also provided an update on the fitness of his squad, with Joel Matip, Ragnar Klavan, Joe Gomez, Emre Can, Adam Lallana and Ben Woodburn all set to miss out.

Those who are available, however, will be greeted by a vociferous backing from Reds supporters before the game, with Klopp describing their plan as “wonderful.”

Given City’s quality, Liverpool will need to take every advantage they are afforded.

And given their excellent performances of late there is no doubt they can seal a much-needed result.