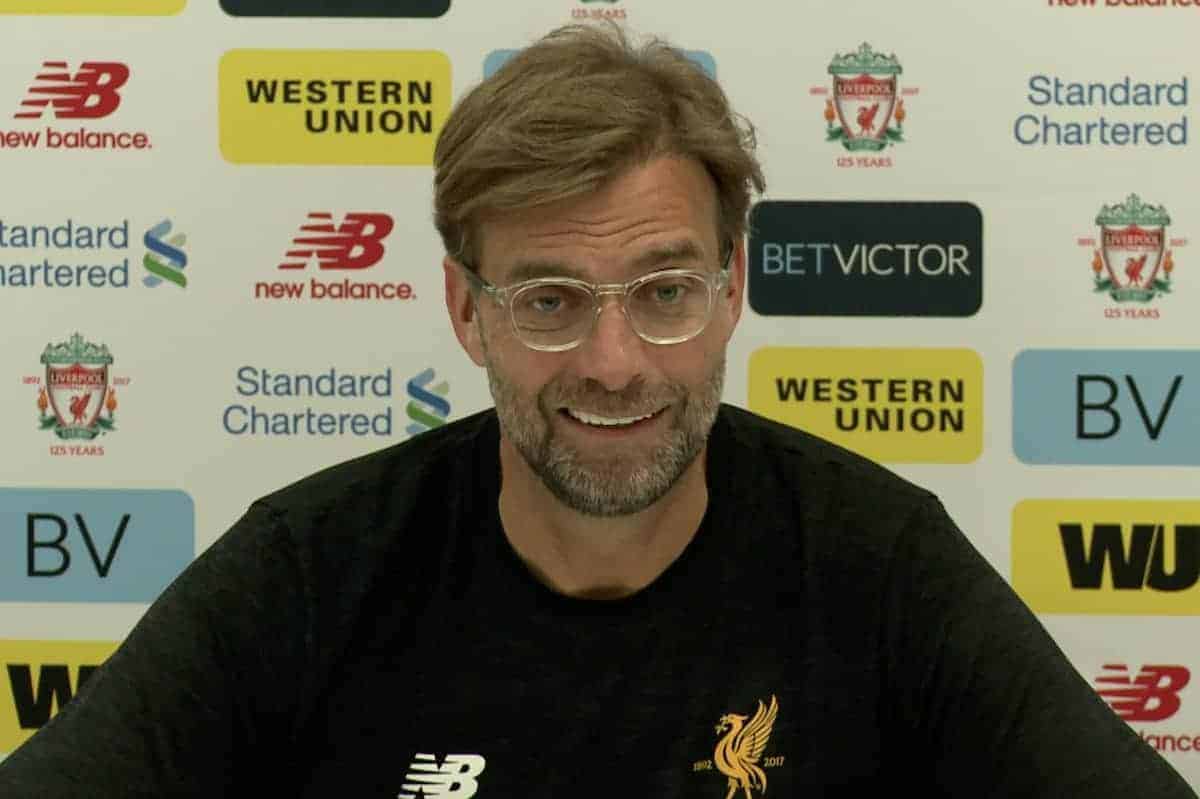 Jurgen Klopp was in determined spirits as he discussed rotation, Mohamed Salah and managerial longevity ahead of Liverpool’s clash with West Brom.

The Reds’ busy end to the season continues with a short trip to the West Midlands this weekend, as Klopp’s side seek a third consecutive victory.

After dispatching of Bournemouth at Anfield last time out, Liverpool can take on West Brom confident of another three points ahead of Tuesday night’s huge clash with AS Roma.

But with the Baggies snatching a surprise victory from Man United at Old Trafford on Sunday, Klopp is wary of the threat of the relegation candidates.

“We always respect the intensity of the season so far, but in the end we respect West Brom,” he told reporters at Melwood on Friday morning.

“We respect the competition of the Premier League, we know we need points to be in the top four.

“A lot of people thought ‘oh, United lost against West Brom!’. Now they have a home game and they want to show that they believe in their little last chance, that’s how it is.” Klopp also provided an injury update, explaining how Nathaniel Clyne “struggled [with] a little muscle issue,” but both Dejan Lovren and Joe Gomez are fit to return.

And the manager paid tribute to the departing Arsene Wenger, saying “he was and still is an influencer on football.”

Liverpool have already faced off against West Brom twice this season, most recently in the chaotic 3-2 defeat in the FA Cup fourth round in January.

That day was marred by VAR controversy, and Klopp will be hoping for a more straightforward game this time out.