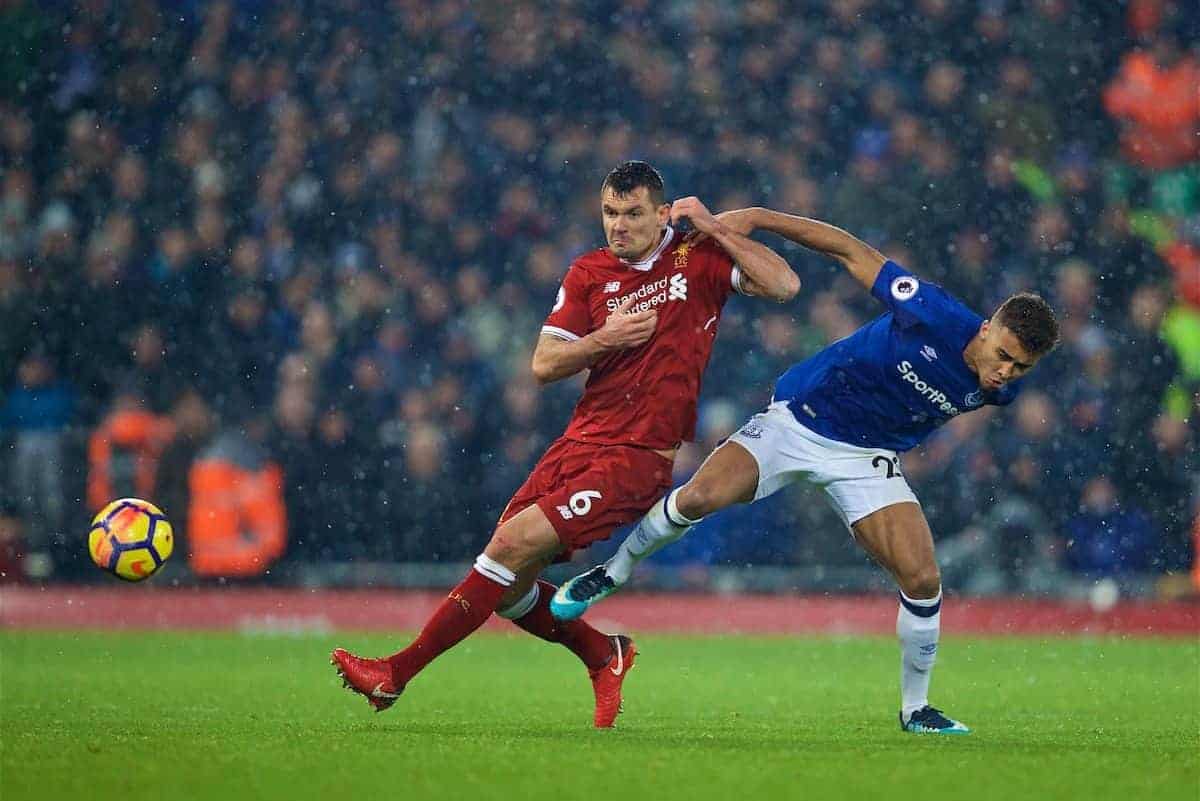 Liverpool head to Everton on Saturday lunchtime for the 231st Merseyside derby, but just how many changes will Jurgen Klopp make?

It’s not often that the derby plays second fiddle, but there is a strange feel about this weekend’s meeting at Goodison.

Sandwiched between Liverpool’s two Champions League quarter-final clashes with Man City, it has taken the edge of the fixture a little.

What cannot be denied is that it remains hugely important for both sets of supporters, however, and the Reds require points in the Premier League.

They may be handily placed in terms of a top-four finish, but they have work to do, so it would be negligent to rest on their laurels.

It will be fascinating to see the personnel Klopp selects, with the trip to the Etihad next Tuesday potentially season-defining—but he will have total faith in his starting lineup earning yet another victory.

Everton have endured a painful campaign, despite what on the surface looks like a solid ninth-place position in the table, with Sam Allardyce proving to be one of the club’s least-popular managers in history.

Liverpool’s local rivals haven’t won in this fixture since the 2010/11 season, but will this finally be the time they end the hoodoo?

It may well be a good time to play the Reds, given their European commitments, but the visitors still go into the contest as favourites.

Buckle up for another tense 90 minutes in Liverpool’s season.

Having been fairly fortunate with injuries this season, Liverpool now find themselves without several key men.

Joe Gomez, Joel Matip, Ragnar Klavan and Adam Lallana are all missing, while Emre Can is also struggling to be fit in time for the game.

Mohamed Salah is the most high-profile omission by far, though, although the Egyptian’s groin injury is hopefully only short-term.

As mentioned, Klopp is certain to make changes in order to keep the squad fresh, and there may even be a few shock inclusions.

Nathaniel Clyne should make his first appearance of 2017/18 at right-back, while Alberto Moreno is likely to replace Andrew Robertson on the other flank. Conor Masterson may make his Liverpool debut at centre-back, due to a dearth of options currently, although Klopp may be tempted to stick with Dejan Lovren and Virgil van Dijk, who were both superb against City on Wednesday.

Jordan Henderson will definitely start after being ruled out of the second leg at the Etihad through suspension, and Gini Wijnaldum also has a good chance of coming in for James Milner or Alex Oxlade-Chamberlain.

Ben Woodburn—pending fitness—and maybe even highly-rated 17-year-old Curtis Jones are options in midfield, while Danny Ings and Dominic Solanke have a great chance of leading the line.

At least one of Sadio Mane or Roberto Firmino could be rested.

Last 5 away to Everton (All Competitions) Away fans’ pubs: “Any on the red side of Stanley Park!”, Everton fan David Downie told us.

One piece of advice for visiting fans: “‘Enjoy’ Goodison while you can. It won’t be around much longer,” he added.

“I know everyone complains about it (even us) but there are so few stadia like it, especially in the Premier League. The last connection to a bygone era.”

Ings’ last goal for Liverpool came at Goodison Park back in October 2015, in Brendan Rodgers’ final game in charge of the Reds.

It would be fitting for him to end that drought on Saturday.

Klopp hinted in his pre-game press conference that there was a pretty good chance Ings would be starting the match—his first league start of the campaign. The boss is looking forward to another stern test of his side’s credentials, noting that the derby comes with some thunderous challenges as standard and that Everton will make life hard for his team:

“None of the derbies were easy, it’s always difficult.

“You wish you could prepare for a game like this with one week’s training.

“The derby is the most important game for all the people so that’s how we have to take it.

“In this very special game we have to show up. Nobody cares how difficult it is, we have to deliver—and we know that.”

Our matchday live blog will be running as always, with Henry Jackson in the hot seat from 11:45am.