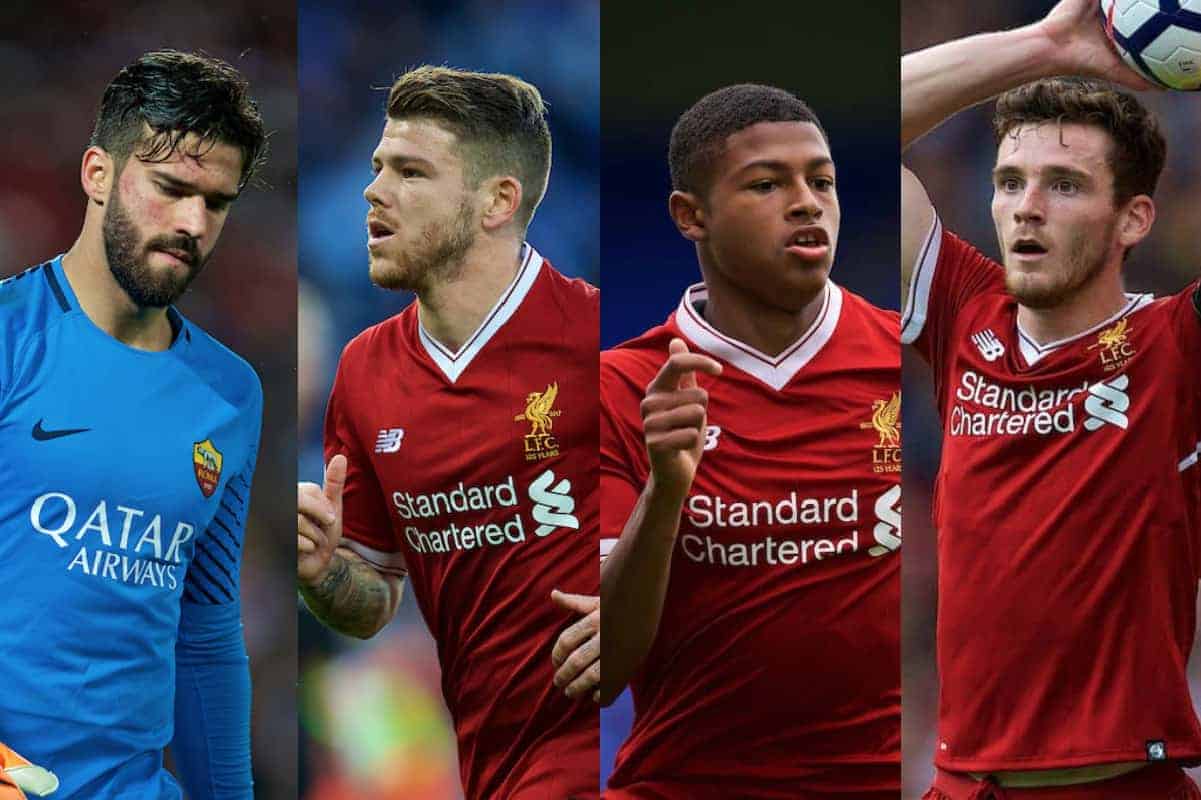 We round up the latest Liverpool FC news and rumours on Tuesday, as Jurgen Klopp‘s side prepare for their Champions League clash at Roma. Roma goalkeeper Alisson produced a mixed display between the sticks as he conceded five goals to his rumoured suitors in last week’s semi-final first leg.

It remains to be seen whether Klopp opts to keep his faith in current No. 1 Loris Karius beyond the summer, or spend big on another long-term stopper in the form of Alisson.

The Serie A side are adamant Alisson won’t be leaving the club this summer, but speaking to La Gazzetta dello Sport ahead of the second leg the Brazilian welcomed interest:

“I don’t know what will happen. It’s logical that the interest pleases me.

“I’d say it’s not just a question of need, I know my value, not in terms of money but as a player.

“I know what I bring to a team, but I’m only thinking of the present. Whatever happens next, we’ll leave it for later.

“I’m here and I need to focus on doing well. Even when I was at Internacional, I had negotiations with Roma but all I thought of was doing well.

“I played for six months with my contract already signed with the Giallorossi, but I won all the same.” Liverpool delivered a major boost on Sunday evening as they confirmed Roberto Firmino had signed a new five-year contract.

The striker becomes the highest-earning player at the club, and is set to stay until at least the end of the 2022/23 campaign, as arguably Klopp’s most important talent.

Renewals for the likes of Mohamed Salah and Sadio Mane are expected to follow as the Reds look to retain the core of their exciting squad.

Interestingly, the Guardian‘s Andy Hunter claims that, along with Ragnar Klavan, Alberto Moreno is among those also being considered for an extension to his current deal.

Moreno’s contract is set to expire in 2019, and it is unclear whether he will be willing to stay given he is behind Andy Robertson in the left-back pecking order. A notable presence behind the Liverpool bench in recent months, academy striker Rhian Brewster is primed to be fast-tracked into Klopp’s first-team squad on his recovery from knee injury.

Brewster, 18, could compete with the likes of Firmino and Dominic Solanke up front next season, but according to the Herald in Scotland, he is also being considered for a loan move.

They claim that it is “more likely than not” that Brewster will join Celtic on a season-long deal next term, with Klopp of the belief that it is “an ideal move” for the youngster.

This would see Brewster link up with ex-Liverpool manager Brendan Rodgers, who is likely to see both Moussa Dembele and Odsonne Edouard leave at the end of the campaign.

However, the Herald add that “there are other clubs down south which would love to have such a talent for a year, and so the deal is yet to be done.”

Three Reds Named in Sky Sports’ Team of the Season As the domestic season nears its conclusion and both the top-four race and the relegation battle intensify, individual honours are being bestowed upon the Premier League‘s standout stars.

And the Egyptian King was also included in Sky Sports’ Team of the Season, along with both Robertson and Firmino.

This recognition is magnified considering the team was assembled by ex-Man United defender Gary Neville, who only included one player from his former side: David de Gea.

On Robertson, Neville said “I thought that he would falter,” but conceded that “he’s done a lot better than I ever imagined.”