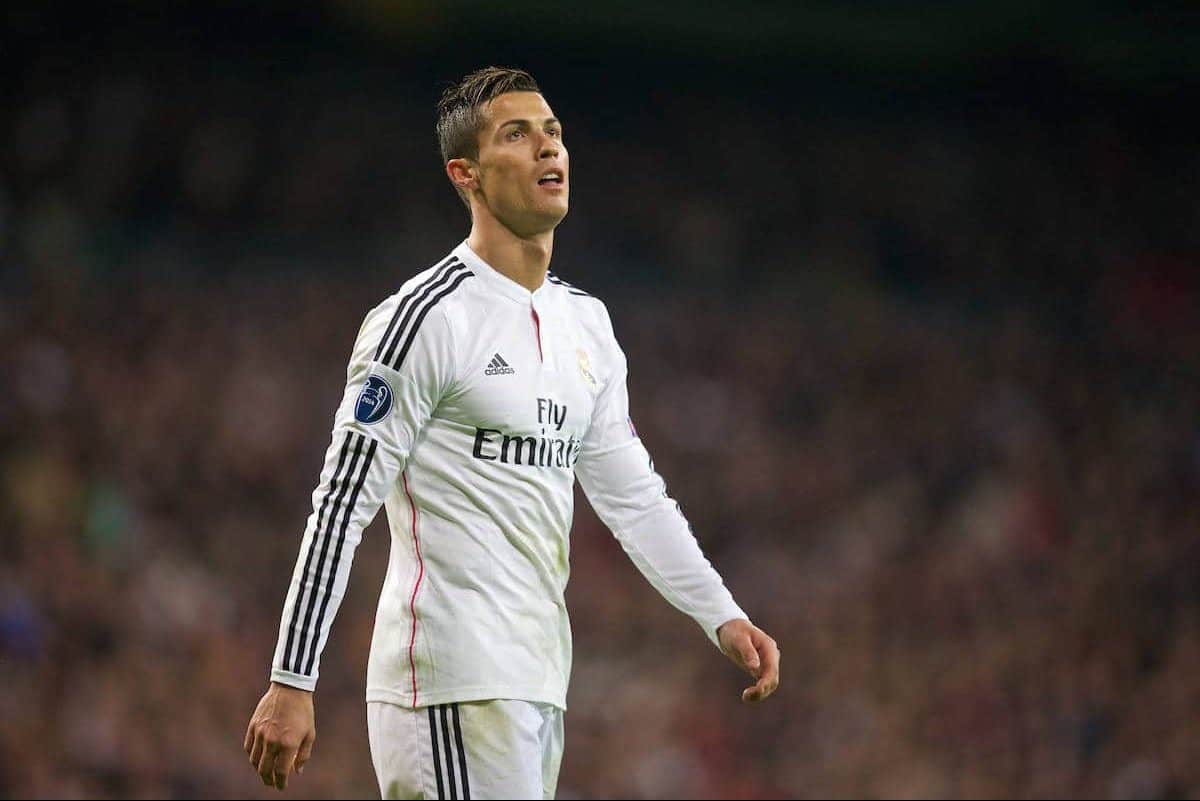 Real Madrid expect Cristiano Ronaldo to return an ankle injury picked up during El Clasico on Sunday in time for the Champions League final.

Liverpool’s opponents for the May 26 showcase in Kiev fought back for a 2-2 draw away to Barcelona at the weekend, with Ronaldo scoring their first equaliser.

But the 33-year-old received treatment immediately after finding the back of the net and, after playing out the rest of the first half was replaced by Marco Asensio after the break.

Gareth Bale stepped up in his absence and cancelled out Lionel Messi’s wonderstrike, but given the proximity of his injury to the final the hope was he would miss out at the NSC Olimpiyskiy Stadium.

Speaking after the game, however, Real manager Zinedine Zidane said “we’re not worried about the final,” but added that “I can’t say how long he’ll be out for.”

Now, according to Spanish publication Marca, the extent of Ronaldo’s injury has become clear, with the forward not set to miss the final.

They claim that he will be sidelined for a week, ruling him out of Wednesday’s clash with Sevilla and the visit of Celta Vigo on Saturday.

But he is expected to be return to training “next Monday,” with a view to featuring in Real’s final game of the Liga campaign at Villarreal, which is currently set for May 20.

With the final six days later, Zidane will be hopeful he is fully fit and firing against Liverpool. Ronaldo’s availability will be a blow to the Reds’ hopes of lifting a sixth European Cup, but at this stage these are the hurdles Jurgen Klopp‘s side need to jump to be truly successful.

This is the attitude Trent Alexander-Arnold will take as he prepares to face off directly against the ex-Man United man, as he told Copa90 before the second leg against Roma.

“You look forward to those challenges because they test you the most,” he said. “That’s the only way that you can improve.”

Alexander-Arnold has largely fared well in big games, most recently shackling Leroy Sane over two legs in the quarter-final triumph over Man City.

But Ronaldo will require a step up in intensity, concentration and commitment, and the teenager will be determined to keep him quiet as he bids to lift the Champions League in his maiden season as a first-team regular.